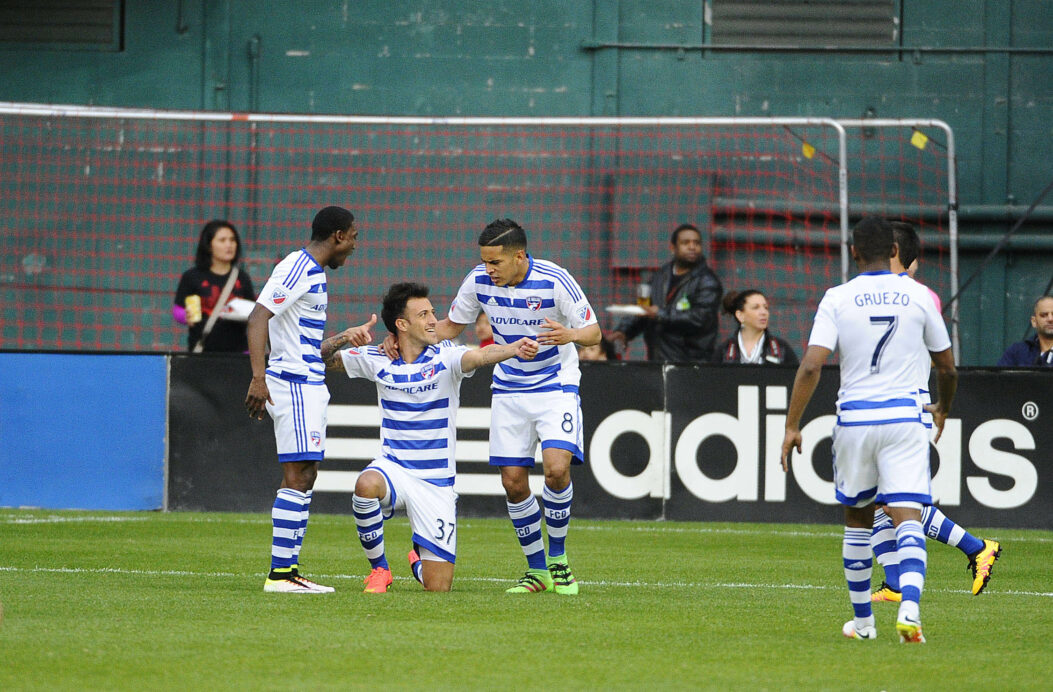 The attacking force that is FC Dallas was on full display on Saturday against D.C. United.

Even limited a bit by several international absences, FC Dallas swarmed D.C. United in a resounding 3-0 victory at RFK Stadium to earn recognition as SBI MLS Team of the Week.

With Michael Barrios providing the goal-scoring punch, Mauro Diaz once again pulled the strings to add his third and fourth assists of the young season. Adding to Barrios’ brace was a finish from Maxi Urruti, whose insurance goal in the second half was his third of the season. On the other end, a defensive unit without several key players held D.C. United scoreless, putting a cherry on top of a lethal performance.

With the win, FC Dallas has now won three out of four, earning the team SBI MLS Team of the Week honors ahead of the Vancouver Whitecaps and New England Revolution.

What did you think of FC Dallas’ performance? Which team stood out to you this past weekend?