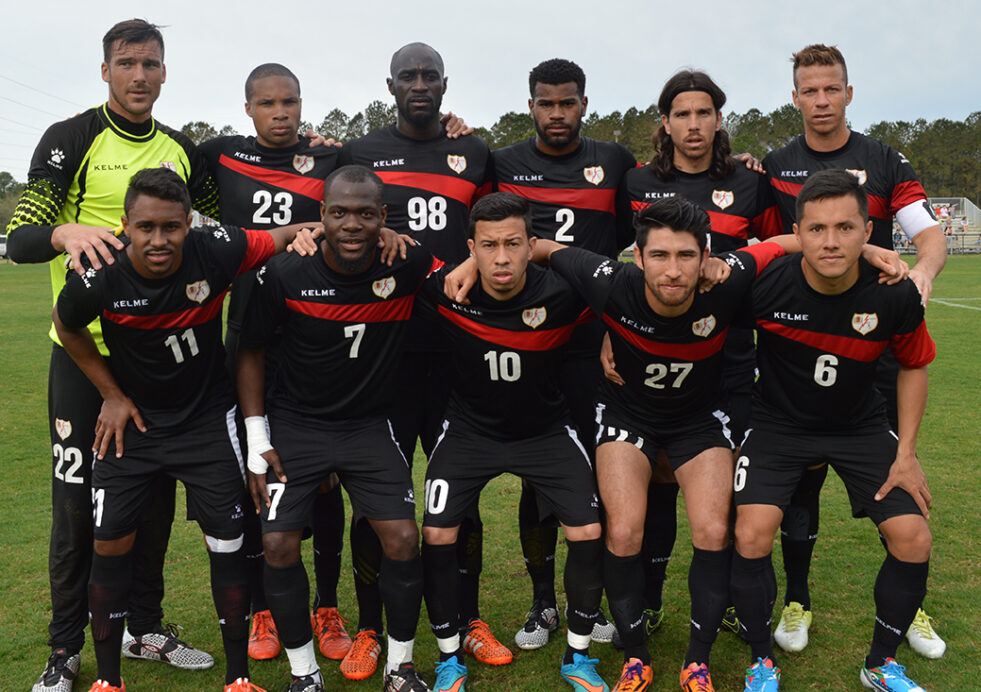 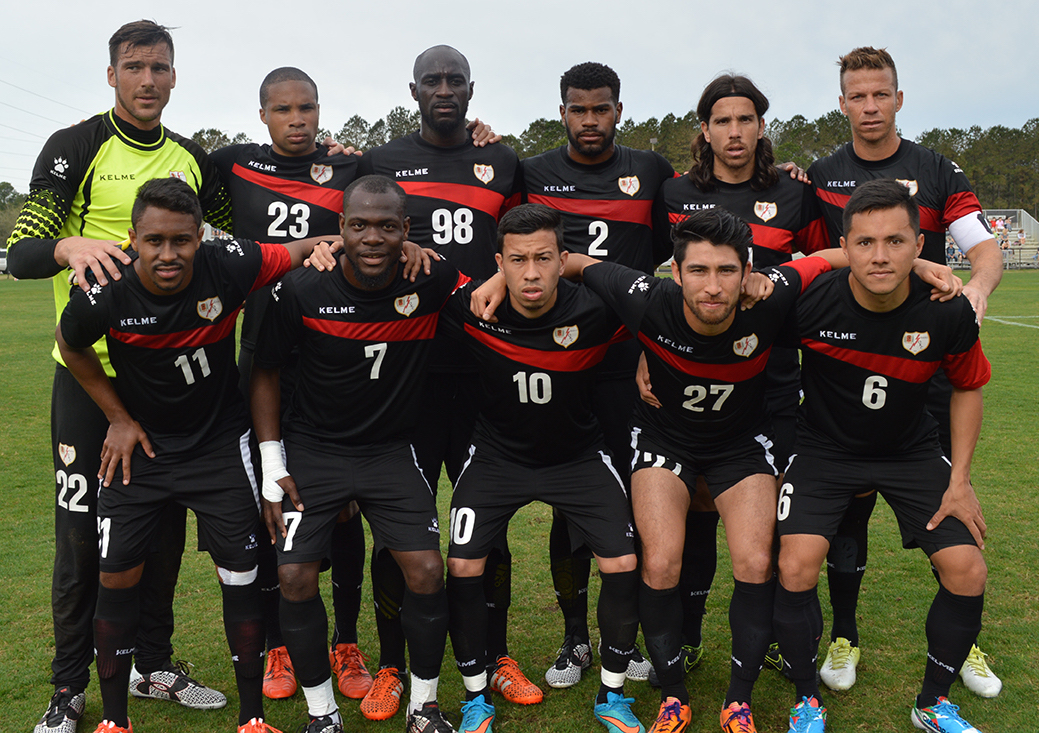 It’s been less than five months since Rayo OKC was named the NASL’s latest expansion franchise. With pieces now in place following a chaotic offseason, Rayo OKC is looking forward to establishing itself and its style within the ever-changing NASL landscape.

Rayo OKC enters the 2016 campaign with a roster full of familiar faces to those with knowledge of both American and global soccer. Stepping in as head coach is former San Antonio Scorpions boss and 2014 NASL champion Alen Marcina, who looks to bring an expertise of the league to a team with plenty of NASL experience.

“We have a strong group that we’ve put together in a very short amount of time,” Marcina told SBI. “I’m definitely happy. In our business, you’re constantly looking to improve and get better, and that’s in all facets. It’s a brand new club, not just a new team. There are a number of variables that go into that, from off-field to on-field. It’s obviously been a very busy time, but there’s a talented group here in terms of players, coaching staff, front office staff and ownership. Everyone is collectively putting in the work and I think, with due time, we’ll see all of this hard work pay off.

“It’s the opportunity to build a foundation. We get to put forward what we want to implement, not just in the sort-term, but long-term. We have very similar philosophies and we’re all on the same page. It’s a good feeling as a coach because everyone is very, very supporting and, collectively, we know where we want to be.”

NEWCOMER TO WATCH: Derek Boateng. The Ghanaian midfielder has made 46 international appearances for his country and has been a part of two World Cup squads. With experience in the English Premier League, Spanish La Liga and the German Bundesliga, Boateng provides a steady presence in the midfield that should help keep things calm and compact through the growing pains of an expansion campaign.

PRESSURE IS ON: Georgios Samaras. The Greek international is one of the more renowned signings in league history. Samaras, formerly of Celtic and Manchester City, provides an instant scoring star and immediate credibility to the Rayo OKC project. Still, questions remain over Samaras’ health heading into the season. Samaras will need to stay healthy and active but, if he does, he has the potential to run away with the title of the league’s top striker.

In constructing a roster ahead of an expansion season, Rayo OKC opted to go with the tried and true.

From day one on the job, Marcina said his philosophies align with those of the ownership group that now employed him. Facing all of the trials and tribulations that come with building a team from the ground up, the roster would be comprised of players who knew what they were getting into and exactly what they would be facing in joining a team learning as it moved along.

“There’s no right or wrong answer,” Marcina said. “There’s no right or wrong method. From my experience in the NASL, I thought it was important to have strong leadership. I thought it was important to have guys that know how to get the job done and guys who are proven winners and true professionals that know how to carry themselves. It was our mindset and thought process to go after veteran players that had all of those traits I just mentioned and that’s what we did in terms of putting a roster together.

“There are so many variables that go into that. There’s understanding travel, style of play. A lot of teams and coaches here have tendencies and, if you have guys who have been ahead of that process, you’re one step ahead of the game. If it’s a new back line in terms of limited experience in North America in MLS, NASL or the USL, I feel like you’re already at a disadvantage, and that’s just my opinion, and hopefully that opinion holds true for us.”

Like any team, Marcina said his team’s strength starts in the spine.

In net, Rayo OKC features former Portuguese international Daniel Fernandes, who previously worked with Marcina with the San Antonio Scorpions. Throughout his coaching career, Marcina said he has built his foundation on strong goalkeepers, and Fernandes’ talents will allow his team to be a one more than capable of playing out of the back.

Sitting just in front of Fernandes is a defensive unit with just one player, Juanan, that has no experience in an American soccer league. Aside from the Spanish defender, Rayo OKC features a defensive core headlined by the likes of MLS veterans Mamadou ‘Futty’ Danso, Kosuke Kimura and Rauwashan McKenzie.

Helping to shield the defense will be a pair of veterans in Michel and Derek Boateng, while creative players like Sebastian Velasquez, Richard Menjivar and Marvin Chavez headline the attacking unit.

“I’m very, very happy. One thing with my history is that I think I’ve proven that I’ve brought in some game-changers,” Marcina said. “In the past, Billy Forbes, Walter Restrepo, guys that fans are going to get excited about.

“You have to have a good balance as well, but the guys we’ve brought in, and there’s a number of them, these are all game-changer type players that the fans are going to respect and want to support and will be excited to come and watch. For me, that was important, but at the same time, we wanted to make sure we have that stability and experience with our back line, holding midfielders and goalkeeper.”

Leading the attack are Samaras and Findley, two players who have plied their trades in World Cups. Providing additional firepower up top is forward Billy Forbes, who rejoins Marcina following his time with the Scorpions. Still, the goal-scoring load will likely be shouldered by Samaras, while players like Findley, Velasquez, Chavez and Menjivar buzz in and out to provide service.

“Georgios is a world-class player. He’s one of the best finishers out there,” Marcina said. “We’re obviously very excited and fortunate to have a player of his ability and his qualities with our club. As I mentioned, we want guys with leadership and guys who know how to win and guys who have won, and he’s one of those guys, not only with what he’s going to bring in terms of his ability on the field, but his leadership and experience with the younger guys.

Marcina also said there is plenty of room for more additions. The Rayo OKC head coach said he is constantly on the search for improvement, and one way the team may add to the current group is through the club’s relationship with Rayo Vallecano of La Liga.

“We have a great working relationship,” Marcina said. “We talk on a consistent basis, and we share very similar philosophies in the way we want to play, carry ourselves as individuals and things we want to do as a club. This relationship will continue to blossom, and I do expect, in the future, that you’ll see more Rayo players coming here on loan or whatever the case may be. I would definitely be on the lookout for that in the near future.”

Heading into the season, Marcina understands the cliches of stating a desire to win a championship. As expected, Marcina knows that every coach and team enters a new season thinking they have a chance to lift the league’s ultimate prize in November.

Marcina is a bit different. The head coach doesn’t define his club’s success with where they are at the end of the year; rather, it’s defined in the path that gets them there as well as the identity they establish for themselves in their first season together as a group.

“All of that, for me, means success, and I’m a big believer that, in doing all of those things, results will follow.”