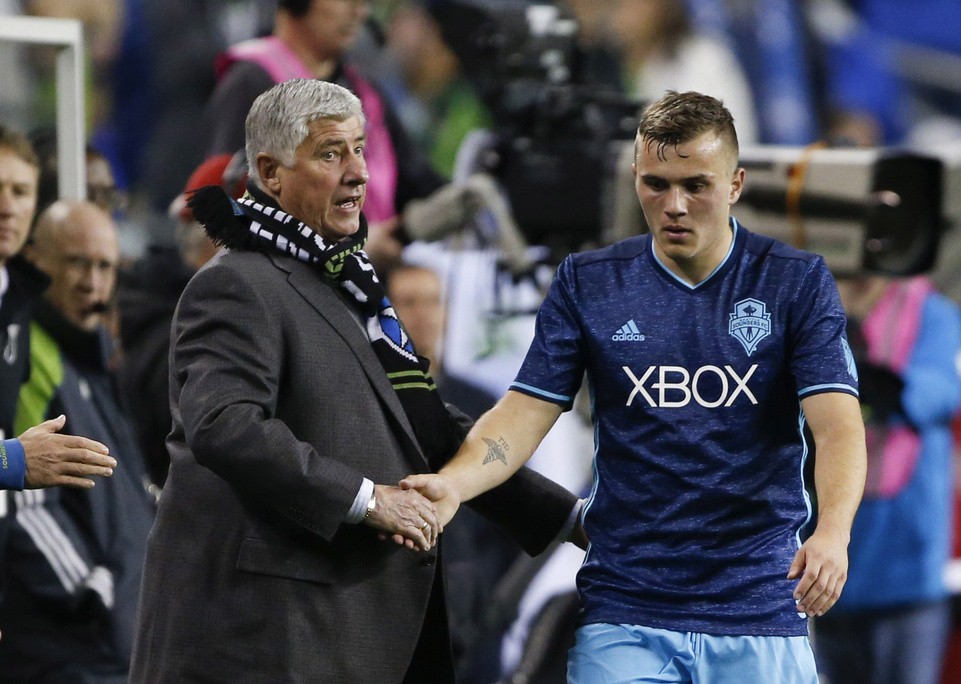 It’s just not clicking three weeks into the season.

The Seattle Sounders suffered their third consecutive defeat to start the 2016 campaign, and if anything, the home loss to Cascadia rivals Vancouver Whitecaps made it clear that a change is needed.

The new 4-3-3 formation that was introduced by head coach Sigi Schmid in the preseason has not returned positive dividends thus far. The veteran coach introduced and implemented that new formation to the team while star forward Obafemi Martins was still on the roster.

Many people expected great things from that Sounders team ahead of the 21st MLS season, with some considering them to be the favorite to lift the MLS Cup. They had just signed rookie Jordan Morris as well, and so their attack looked the most lethal among the 20 clubs. That all changed when Martins was sold to Chinese club Shanghai Shenhua by the Sounders.

Martins had scored 40 goals in 72 total appearances for the Sounders, and in his place stepped up a capable but unproven striker in Nelson Valdez. The 32-year-old Paraguayan forward has a long and impressive resume, playing for the likes of Borussia Dortmund, Rubin Kazan and Eintracht Frankfurt, but has not scored or assisted a single goal to start the season. The Designated Player has played as the main striker in the trident attack with Clint Dempsey and Jordan Morris playing the wide positions. Yet, in 249 minutes, he has only attempted two shots on goal.

Dempsey has arguably been the best player for the Sounders in 2016, but he too has not scored a goal in MLS. Morris joins the 33-year-old with no goals or assists after three weeks of action. Only Andreas Ivanschitz and Osvaldo Alonso have scored thus far, signaling a major cause for concern.

The past two years saw Dempsey and Martins combine for magical goals straight down the middle of opposing defenses, but that has not been happening in 2016. Schmid wants Dempsey, Valdez and Morris to work together down the middle, even switching spots with each other in the final third if it results in more buildup play between them.

That has not happened so far, though, as many of the attacks have started down the flanks. In the past two games, the Sounders have outcrossed Real Salt Lake and the Vancouver Whitecaps, 64-28.

Helping the Sounders build more attacks down the middle could be the addition of a DP attacking midfielder, as reported by Sports Illustrated in early March. Whether the Sounders sign someone before the end of the primary transfer window on May 11 or not, a change in attack is needed. A move back to the 4-4-2 formation may not be the best change, but having Valdez and Morris as the two strikers in a 4-3-1-2 shape, with Dempsey playing in the No. 10 role, could be an answer worth considering.

While the Sounders do not play in Week 4 of MLS action, the games do not get any easier for the club. The Montreal Impact, who have looked dominant at times early this season, will play at CenturyLink Field on April 2.