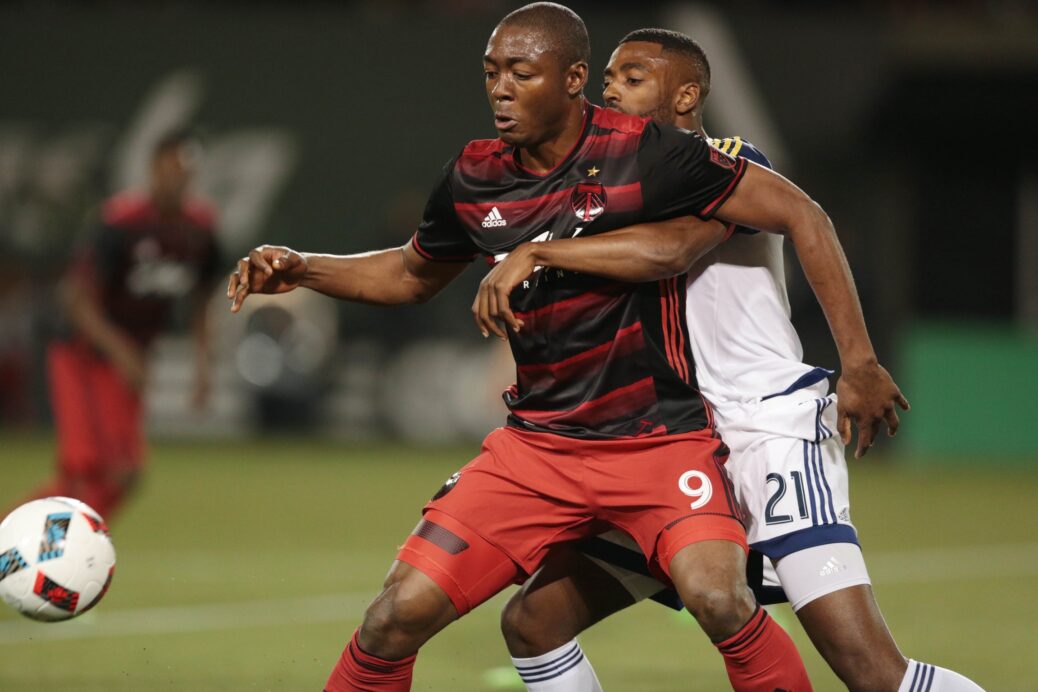 Real Salt Lake was able to build a two-goal lead at Providence Park, but the sending off of two key players proved too much to overcome against the defending MLS Cup champions.

Red cards to Kyle Beckerman and Jamison Olave proved to be RSL’s undoing, as a late brace from Fanendo Adi was enough to earn the Portland Timbers a 2-2 draw on Saturday night at Providence Park.

Adi’s game-tying goal came as a result of the Olave red card, as the RSL defender was dismissed for striking Adi in the face away from the ball. Adi stepped up to the spot to bury the penalty kick, earning the Timbers a point in a game in which they trailed by two goals until the final moments.

RSL netted the opener through Joao Plata in the 16th minute before Beckerman was shown red for a studs-up challenge on Adi in the 31st minute. RSL’s lead was doubled in the 58th with Yura Movsisyan’s first of the season before Adi gave the Timbers a lifeline with his first of the night in the 79th minute.

Just five minutes later, Adi found himself at the penalty spot, as the Nigerian forward earned the Timbers their fourth point of the season through three games. Following the draw, the Timbers return to action on April 3 with a visit to Orlando City, while RSL looks to shake off a second blown lead in three matches by beating Sporting Kansas City on April 2.

Fanendo Adi was certainly the most impactful player on Sunday, as the Timbers forward drew both red cards while also burying both goals to lead his side to a draw.

Kyle Beckerman’s red card put RSL in a major hole, but Jamison Olave’s lack of discipline in the box doomed RSL in a game where they should have claimed all three points.

Even prior to his dismissal, Kyle Beckerman played a bit too reckless throughout his 31 minutes on the field. With three fouls to his name, including the dismissal-inducing takedown of Adi, Beckerman was uncharacteristically sloppy for a player of his experience.