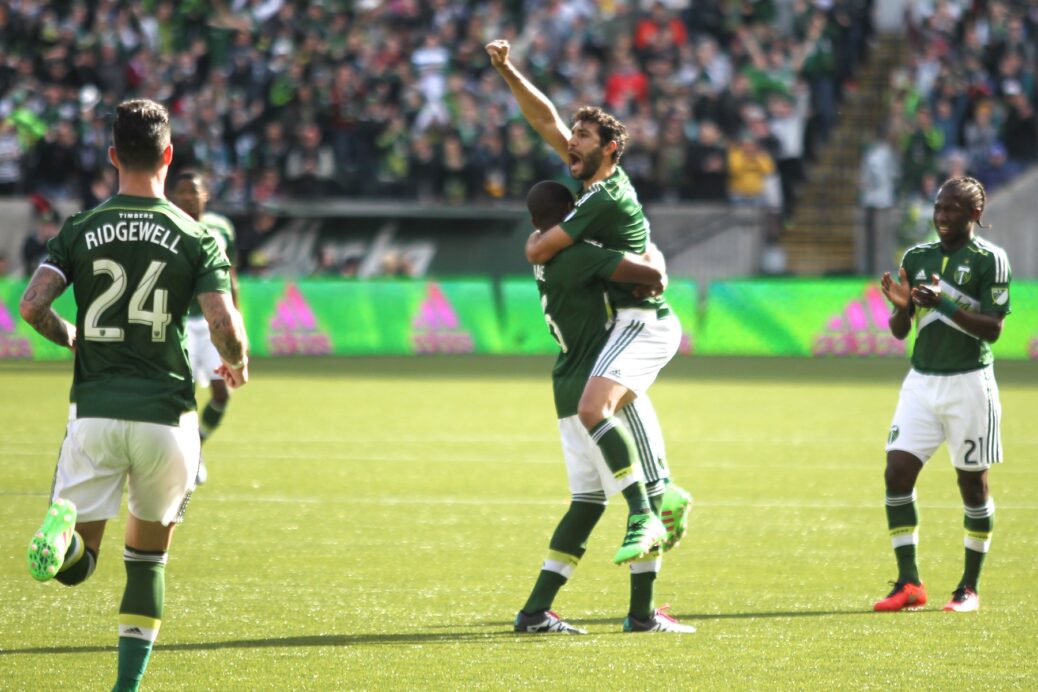 Last December, the Portland Timbers took down the Columbus Crew to earn the team’s first MLS Cup. On Sunday, the reigning champions achieved the very same result to open their title defense.

The Timbers’ MLS Cup-winning performance came via a 2-1 victory over the Crew at MAPFRE Stadium. Sunday’s rematch was decided by the same scoreline as the Timbers started their 2016 season with a win on Sunday at Providence Park.

Tied 1-1 heading into the game’s waning moments, Fanendo Adi’s late finished proved the difference. After seeing a Dairon Asprilla shot from a tight angle saved into the air, Adi tapped home from inside a yard to seal three points

Before Adi provided the late winner, Diego Valeri’s opener came in front of the Timbers Army in the 23rd minute. Stationed on the left side with a free kick, the Argentine curled an shot into through the box and toward the far post. As players swarmed through the box, Crew goalkeeper Steve Clark was left helpless through a series of screens as Valeri’s shot crept into the goal.

Clark played a major part in keeping the game tied, making a series of saves throughout the first half. Clark’s stop of a close-range Nat Borchers header came in the aftermath of Valeri’s opener, before another stop of Asprilla just before halftime, limited the damage heading into the locker room.

Those saves proved valuable, as the Crew tied the scoreless in spectacular fashion in the 68th minute. After playing in Ethan Finlay down the right hand side, Higuain darted into the center of the box. Finlay’s return ball was deflected, prompting Higauin to take a touch into the air. The Argentinian playmaker proceeded to smash a bicycle kick past Adam Kwarasey to nearly earn the Crew a share of the points.

Following Adi’s go-ahead goal, the Crew had a chance to equalize, but a volley from Higuain smashed off the post to seal the Crew’s fate.

The Timbers will take on the San Jose Earthquakes next Sunday, while the Crew return to MAPFRE Stadium one day earlier against the Philadelphia Union.