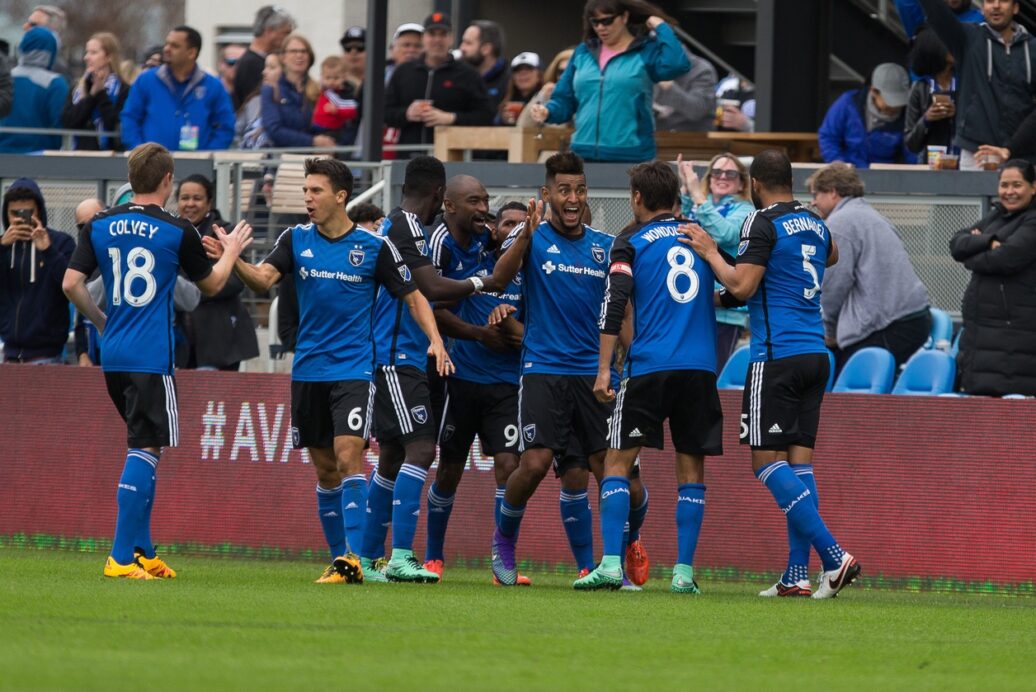 It wasn’t the prettiest effort in club history, but the San Jose Earthquakes will be more than happy with the result of their season opener.

A Chris Wondolowski finish just minutes into the second half proved to be just enough for the Quakes, who slipped past the Colorado Rapids, 1-0, on Sunday at Avaya Stadium.

Wondolowski’s goal, the 110th of his MLS career, came via a headed effort in the 46th minute. Played in by Alberto Quintero, the longtime Earthquakes forward flicked a header past Zac MacMath and into the back of the net for what proved to be the game-winner.

The forward’s goal proved to be the difference, but the play of David Bingham was also key in leading the Quakes to three points. The 26-year-old goalkeeper made five saves on the evening, the best of which came in a scrum in the 64th minute.

Despite being held scoreless, the Rapids had their fair of chances to get on the board, although most of them came from long range. In total, the Rapids fired 18 shots on the afternoon compared to just seven from the Earthquakes.

With three points in their back pocket, the Earthquakes return to action next Sunday in a clash with the defending MLS Cup champion Portland Timbers. On the other end, the Rapids will look to lock up their first points of 2016 in a meeting with the LA Galaxy at Dick’s Sporting Goods Park one day earlier.