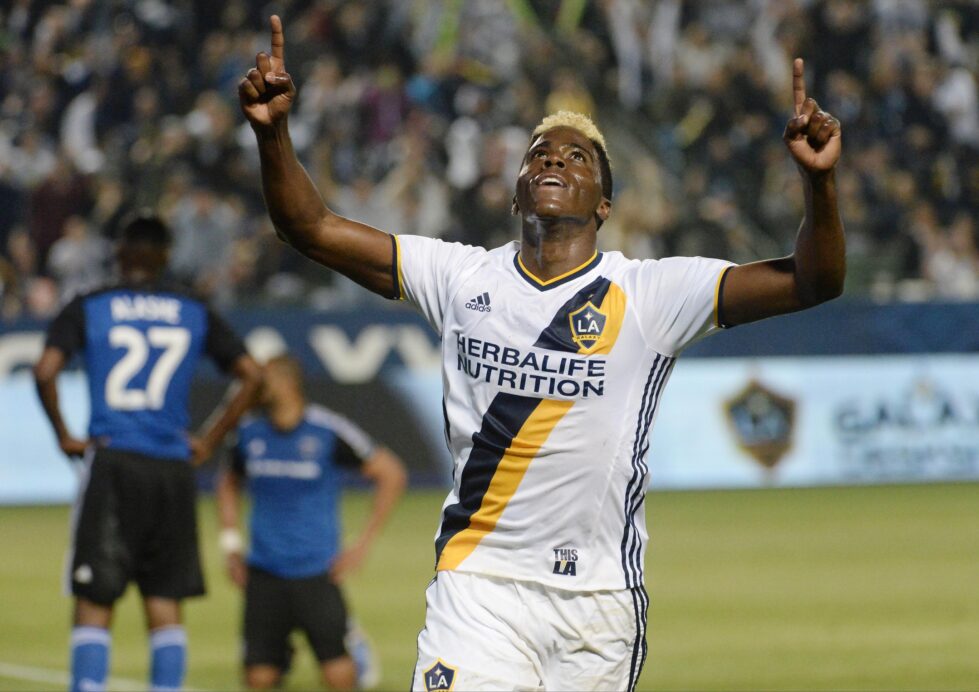 It took a San Jose red card for the LA Galaxy to find their footing in the season’s first California Clasico, but after a scoreless first half, the Galaxy came back for a resounding 3-1 win.

Gyasi Zardes scored a pair of second-half goals to help the Galaxy take control of a San Jose side forced to play with 10 men after Simon Dawkins was sent off just before halftime for a red card challenge on Sebastian Lletget.

The Galaxy were the stronger side in the first half, though you wouldn’t know it by the scoreline. Despite gaining the upper hand in possession (59%) and generating more shots (7 total), the Galaxy couldn’t seem to finish their chances. That’s a recurring theme for the team this season, who followed a fireworks-filled opener with a scoreless no-show in Colorado.

Injuries haven’t helped. On Saturday night, Giovani dos Santos was unavailable for the second week straight, and Steven Gerrard left the match just four minutes in with a calf injury. In the first half, without two of their three Designated Players, the Galaxy’s offense looked toothless.

Instead of goals, the story of the first half was all about cards. Referee Ismail Elfath reached for his pocket early and often. While the home side seemed to dig themselves into a hole with three yellows, it was the Earthquakes  who got the worst of it. In stoppage time the Earthquakes’ Simon Dawkins tackled Sebastian Lletget and drew a straight red.

With the visiting side down a man, the Galaxy started the second half primed for a comeback.

The first goal came off a free kick only eleven minutes in. Mike Magee played a short ball to Robbie Keane, who immediately played it back. Magee sent in the cross, Jelle Van Damme headed it down, and Gyasi Zardes knocked it into the lower left corner of the goal.

Six minutes later the Galaxy doubled their lead. Magee caught a long ball from Van Damme and squared it across the box to Zardes. The forward sent it rolling toward the same lower left corner, and keeper David Bingham couldn’t back pedal fast enough to keep it out.

The Earthquakes finally pulled one back in the 89th minute when Chris Wondolowski calmly slotted the ball past keeper Brian Rowe. At 2-1, the visitors suddenly looked dangerous.

Any ensuing hopes were dashed just two minutes later. Robbie Keane was dragged down in the box and award a penalty kick — and Keane converted it, sealing LA’s win with a final score of 3-1.

Following the Earthquakes’ red card, Gyasi Zardes stepped up in a major way to bag a brace that led the Galaxy to a comfortable lead early in the second half.

When Simon Dawkins drew a red card in stoppage time of the first half, he dug the Earthquakes a hole they never got out of.

Referee Ismail Elfath proved very active throughout Saturday’s game in issuing seven yellows and a red card throughout the 90 minutes. A California Clasico is always going to be an emotional affair, but Elfath’s quickness on the trigger left him with few tools to control either team as the game wore on.