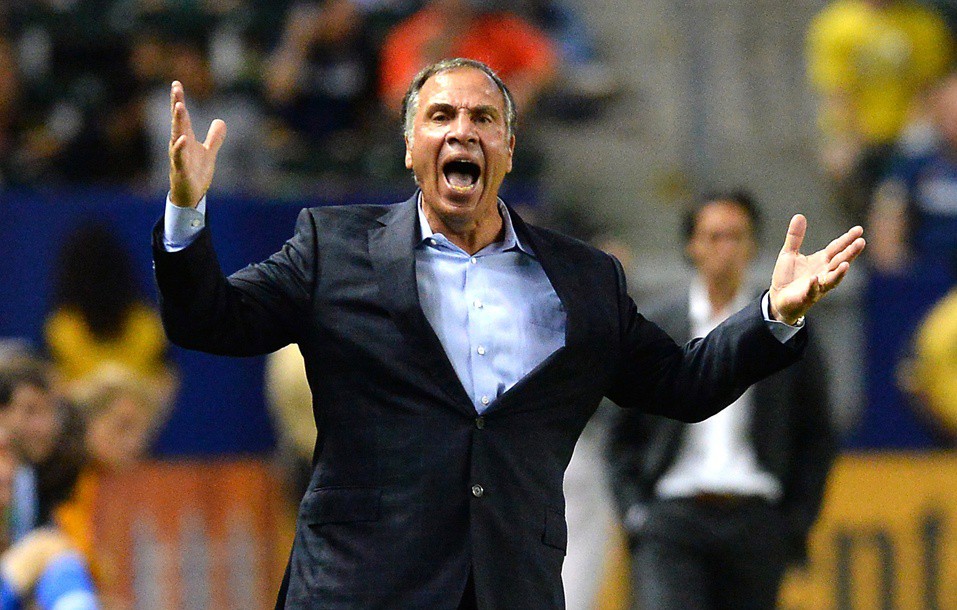 LA Galaxy head coach Bruce Arena is not happy with the way in which the media has covered Nigel de Jong’s tackle on Darlington Nagbe at the StubHub Center.

On Sunday, the Portland Timbers midfielder was forced off the field in a wheelchair after receiving a studs-up challenge from De Jong in the 73rd minute. Arena expects De Jong to receive at least a one-game ban for the tackle, even though he only received a yellow card during the game. The coach blames the media for making the tackle out to be more than what it actually was.

“I think it’s hysteria,” Arena told reporters on Wednesday. “If that was any other player in that tackle, it would not have received the hysteria that it has. I think the press and others have failed miserably in reporting the incident and what actually happened.

“Hysteria is the fault of social media. It’s the fault of people in MLS and in the offices that do that and feed the whole thing. And the journalism,” Arena added. “No one’s actually interviewed the player, anything like that. It’s been blown out of proportion but rightfully so because of how everyone wanted to make this player into a villain. And obviously with the incidents he’s had previously it invites that.”

The MLS Disciplinary Committee has not officially sanctioned the midfielder, but a one-game ban would see De Jong miss Friday’s match against the Houston Dynamo.

What do you think of Arena’s comments? Think De Jong’s tackle deserves a suspension?