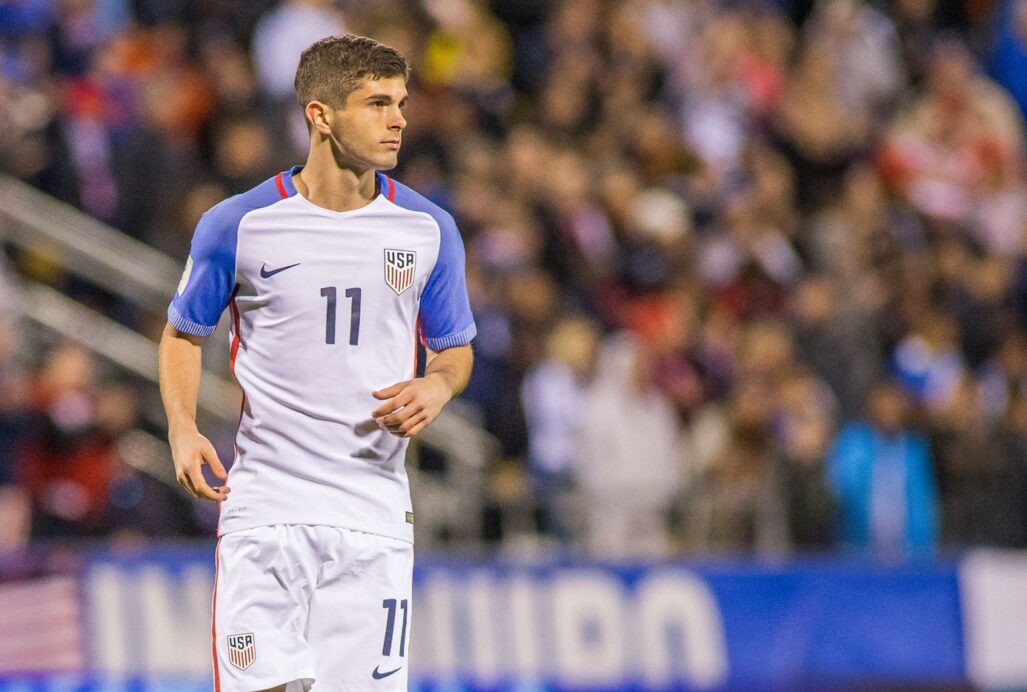 The Christian Pulisic hype train continues to roll on. Tales of the 17-year-old’s European showings continue to be spun throughout the U.S. soccer landscape, making the Borussia Dortmund prospect one of the most talked about players in the U.S. Men’s National Team pool.

Pulisic’s recent performances have earned many a call for USMNT head coach Jurgen Klinsmann to include the youngster in this summer’s Copa America lineup. And, if Pulisic is given the chance to show himself at this summer’s tournament, he will be doing so on merit, not just promise of future contributions.

The 17-year-old began making waves with his introduction to Borussia Dortmund’s first team earlier this year, but the past few weeks have shown exactly what Pulisic can offer to the USMNT with his current abilities. Playing in a wide position, Pulisic has netted two goals in his past three games while emerging as one of the Bundesliga’s premier talents.

Pulisic naturally fills a position of need for the U.S., who have had issues finding a fit at right wing since the World Cup. Ethan Finlay has shown well in limited minutes out wide, but Klinsmann has traditionally opted to push DeAndre Yedlin forward in an attempt to fluster defenses with pace. With Pulisic inserted on the wing, Yedlin can be pushed back to his traditional right back role, one in which he has flourished in recent weeks with relegation-threatened Sunderland.

From the wing, Pulisic provides something the USMNT has sorely lacked in recent months: creativity. Though only 17, Pulisic already possesses the vision of a player 10 years his elder, and has shown a knack for making the big play during his time with Borussia Dortmund.

Too often the U.S. has been left with a stranded striker up top, limited by service. With Pulisic in the lineup, the USMNT will feature a natural playmaker that has, to this point, shown the ability to get on the scoresheet himself.

Look back at Pulisic’s USMNT debut, a brief cameo against Guatemala, and you will see examples of Pulisic’s ability to fit in with the USMNT as assembled. With the U.S. up 3-0 and Clint Dempsey on the ball, Pulisic drifted into perfect positioning for a cutback pass. If given the pass, Pulisic would have had a legitimate chance at scoring his first USMNT goal, but Dempsey opted to instead to feed the more experienced Jozy Altidore for a shot into an open net.

On the club level, Pulisic’s most recent finish featured similar split-second awareness. Following a shot from outside the box, Pulisic reacted faster than the more experienced defender marking him, beating him to the ball for a simple tap-in.

The awareness to find space for both himself and others has been something the USMNT has lacked in recent months. Aside from the Guatemala rout, the U.S. has been unable to find that proper spacing, something that Pulisic can help provide.

While he has proven wise beyond his years, Pulisic’s technical abilities rival his reading of the game. His performances at the Under-17 Word Cup showed that Pulisic is at a level far above his age group, while his first Bundesliga goal showed a proficient first touch and the dribbling skill to create his own look.

Will a step into the USMNT’s starting XI be a step-up? Certainly, but Pulisic is more than prepared for the pressure that lies ahead. Pulisic plays in front of a fanbase that is arguably Germany’s most passionate, and that fanbase has, to this point, seen some remarkable things from one of their brightest prospects.

Throughout his tenure, Klinsmann has called for his players to face the challenge of European soccer head on. In addition, the German-born head coach  frequently insists on his players finding situations where they can meaningfully contribute while remaining in good form for the national team.

If Klinsmann’s view point is to remain consistent, Pulisic fits the bill now, not just in five years. If the goalscoring efforts of Bobby Wood and Fafa Picault in the 2. Bundesliga are enough to earn praise, Pulisic’s efforts in Germany’s top division are more than enough to justify a spot in the starting lineup.

He may only be 17, and it may still feel like more hype than substance to some, but there is enough tangible evidence now to believe he is ready to start for the USMNT in this summer’s Copa America.