Curtin confident in Yaro as Union return to health 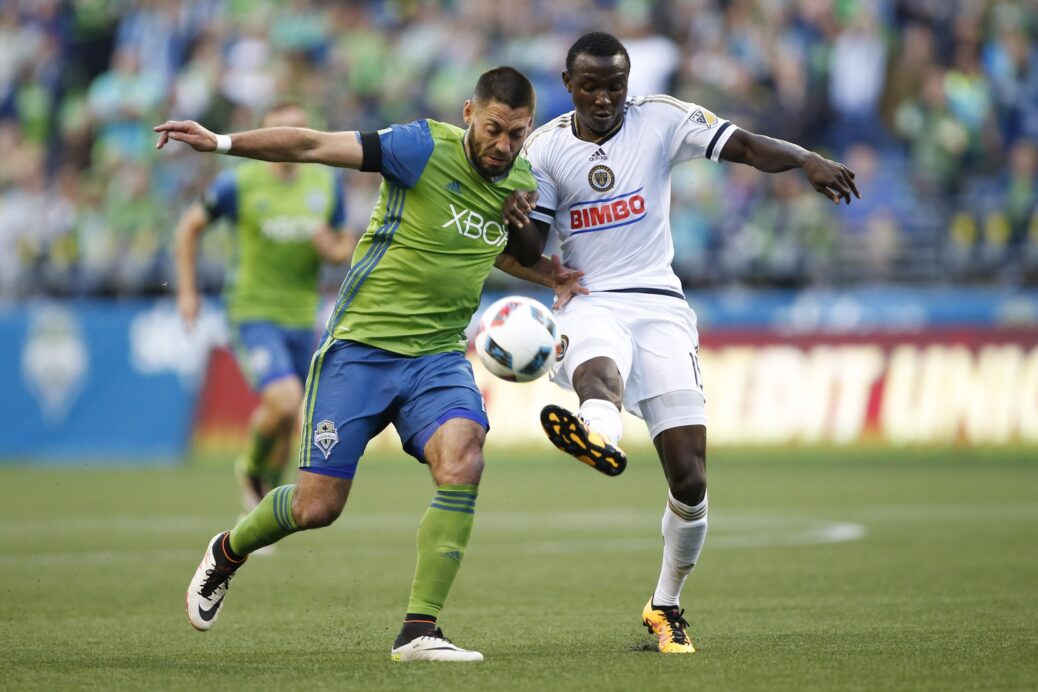 There’s no such as easing into Major League Soccer for Philadelphia Union centerback Joshua Yaro.

The highly-touted defender out of Georgetown University was thrown into the gauntlet in Week 7 against the Seattle Sounders with Ken Tribbett out due to an ankle injury.

Yaro, who was selected with the No. 2 overall pick in the 2016 MLS Draft, won’t be in the middle of a raucous road environment on Saturday, but he could face another difficult personnel task as David Villa and New York City FC come to Talen Energy Stadium.

“(Josh) had good players around him that helped him and made his job easy and made his job predictable, so he’s not trying to do much out of his comfort zone,” Union manager Jim Curtin said during his weekly press conference. “Josh stepped in, did a good job. It’s one game. Good first step, but again I’m not naive, it’s just one good game. I know we need more.”

Villa brings plenty of different challenges to the field with his movement and ability to strike quick during any time over 90 minutes.

“Villa does a good job whether he’s the high guy as the No. 9 as the target or as the guy who plays out wide and comes in off your shoulder,” Curtin said. “He’s a clever a goalscorer as there’s been in our game. Trying to prepare him the best we can without overwhelming him.”

Curtin also noted Yaro started in Seattle because of the injury to Tribbett. If Richie Marquez was the injured player, Curtin would’ve used Anderson Conceicao based off his depth chart.

As for Tribbett’s progress, the first-choice centerback is working his way from his ankle knock.

“Today was his first day on the field,” Curtin said. “I would call it partial training. He was back out, he was able to cut on it. To be honest, he was further along than I thought he would be. We’re optimistic, but we’re going to be smart in how we approach it.”

One player already back to training is midfielder Ilsinho. The Brazilian should be part of the matchday squad if everything goes well over the next few days.

Curtin also provided reporters with an update on Maurice Edu. The U.S. international is still working his way back from an injury. While the three-month timeline is the same, Edu is getting more involved with the team in other aspects.

“I’ve kept him busy giving him scouting reports looking ahead at the team we’re playing in the coming week to see how he sees the game,” Curtin said. “We’re starting to have him around more, which is good. He’s not fully running yet, a slow jog that’s about it. He’s not quite there yet.”