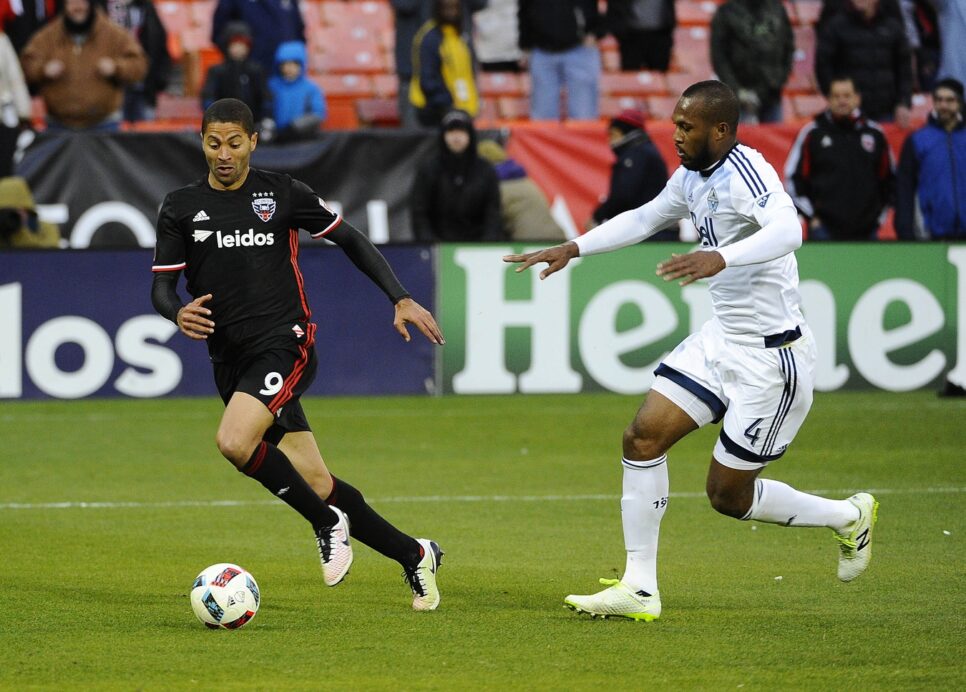 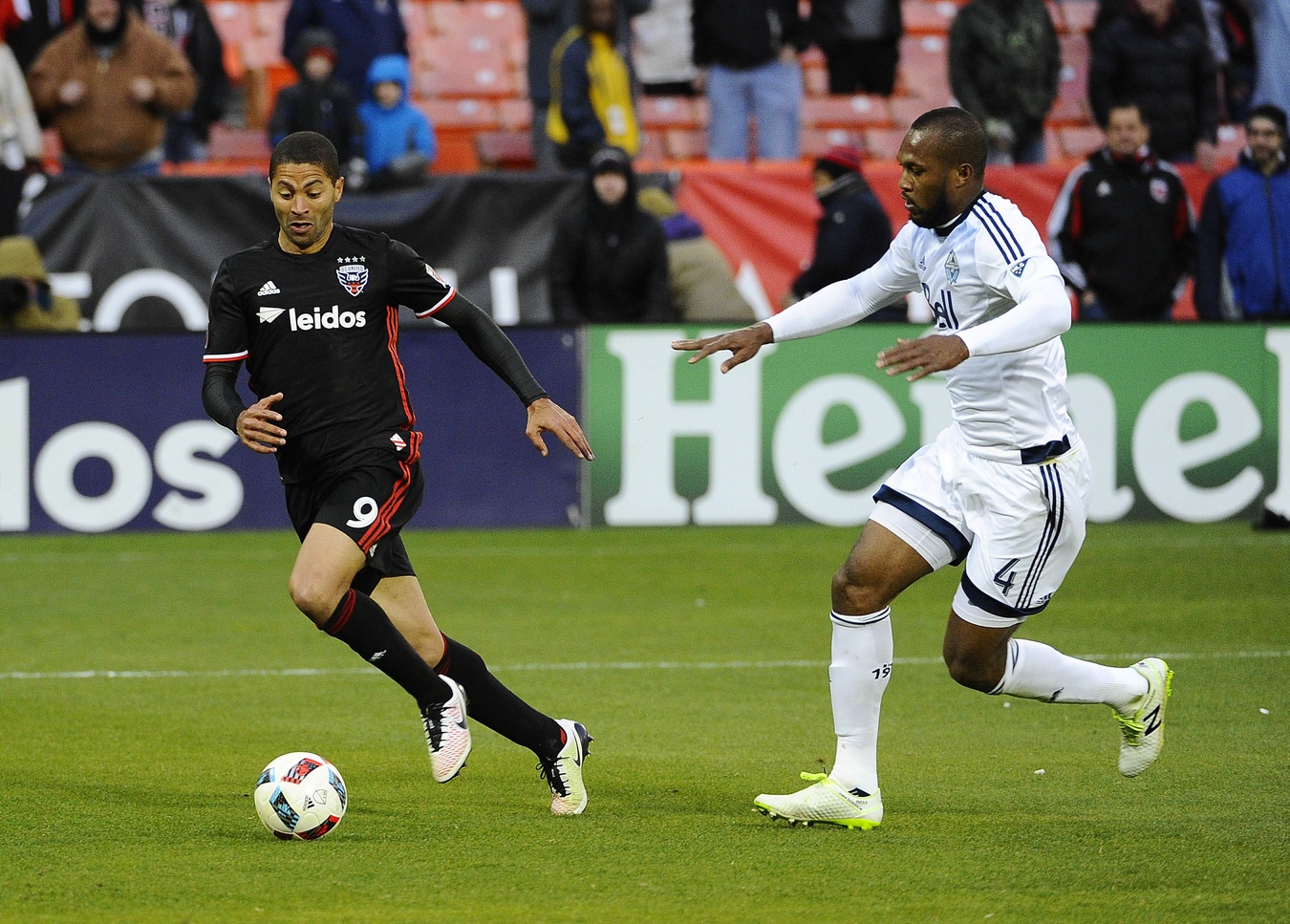 A two-goal showing by Fabian Espindola—coupled with a late insurance brace by Alvaro Saborio—gave D.C. United a 4-0 victory against the Vancouver Whitecaps on Saturday night at RFK Stadium. The win is the D.C. United’s first of the season.

D.C. United looked very happy to be back in the friendly confines of RFK, with exceptional play down the sides by Patrick Nyarko caused havoc for the Whitecaps defense for the entirety of the first half. Had it not been for David Ousted bailing his team out on three separate occasions, D.C. United could have gone into the locker room with three points already in tow.

Despite its impressive attacking efforts, D.C. United was left frustrated until the 39th minute, when Nyarko delivered a fantastic through ball down the middle to Chris Rolfe, who placed a shot low to Ousted’s left. Ousted made the save but spilled the ball directly into the path of Espindola, whose sliding shot easily entered an empty net for his second goal of the season.

The second half began in the same vein as the first, with D.C. United on a very clear front foot. Ousted’s save on a clear Espindola shot in the 47th minute kept The Whitecaps in the game briefly, but D.C. United had their second goal less than ten minutes later.

In the 54th minute, Steve Birnbaum connected on a corner kick that beat Ousted, but not the crossbar. The ball deflected down and once again Espindola found himself alone with an open net awaiting his second goal of the game, and third of the season.

D.C. United added another insurance goal in the 89th minute, when a cleared corner downfield set second-half substitute Luciano Acosta into a one-on-one counter attack before finding fellow substitute Saborio in support. Saborio placed the ball between Ousted’s legs and into the net.

Moments later, Saborio finished a great night for D.C. United with his second goal in as many minutes.

D.C. United entered Saturday’s game as one of only two MLS sides without a win this season, their longest winless stretch to open a season since 2010. The difficult start—coupled with mounting injuries—has put pressure on D.C. United to find last year’s form quickly.  The Whitecaps came into Washington after recently finding their own form from last season, allowing only one goal during a three-game unbeaten streak.

The much-needed victory moves D.C. out of the winless category, and six points through six games has D.C. back in the thick of the Eastern Conference. The Whitecaps still sit in the middle of the Western Conference early in the season.

Next weekend, D.C. United will welcome another Canadian side—Toronto FC—on Saturday, while the Whitecaps will travel to Utah to play Real Salt Lake on Saturday.

Simply looking at the scoresheet, it seems that it would be an easy honor for Fabian Espindola or Alvaro Saborio. However, much of D.C. United’s success was directly related to Patrick Nyarko, who terrorized the stout Whitecaps defense throughout the game with excellent runs and pinpoint passing.

Before Espindola’s goal in the 39th minute, The Whitecaps were flustered by D.C. United’s attack, but getting to halftime scoreless could’ve been something for Carl Robinson and his team to use for momentum in the second half. After Ousted’s spill to Espindola, The Whitecaps knew they were in trouble.

The Whitecaps defense has been lauded for their excellent form the last three matches. However, D.C. United—a team that hasn’t looked dangerous in attack all season—shredded them all night, and the score could’ve been worse.