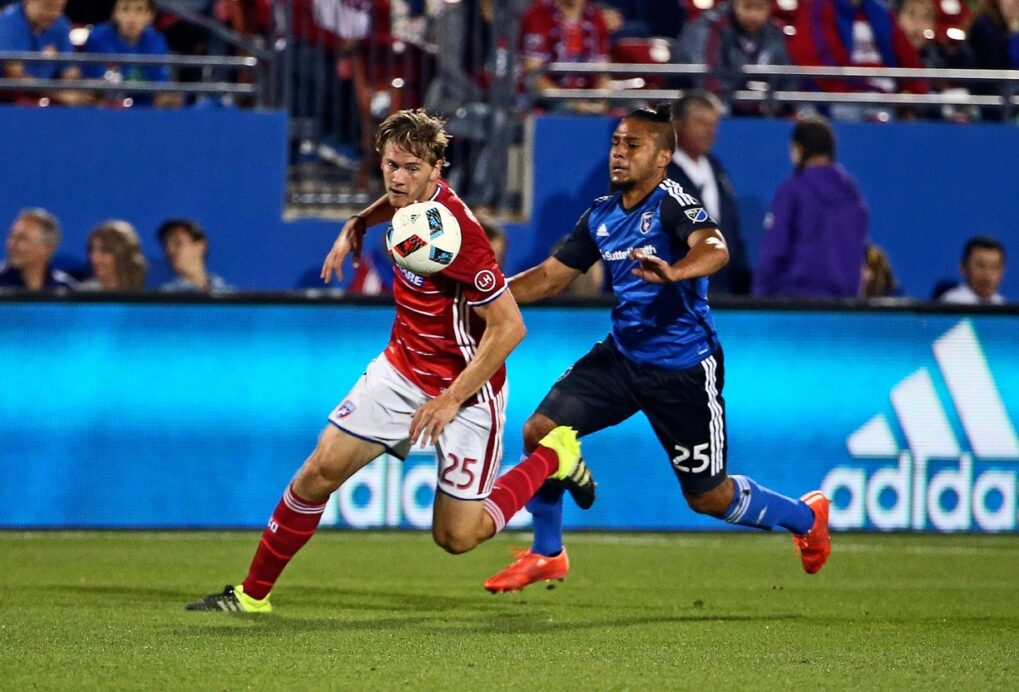 The San Jose Earthquakes and FC Dallas exchanged goals throughout a back-and-forth 90 minutes on Saturday, but neither side could push themselves towards all three points.

Both sides netted a pair of goals each, but the two Western Conference contenders were forced to settle for a 2-2 draw on Saturday at Toyota Stadium.

The Earthquakes fired the game’s first shot in just the fourth minute as Alberto Quintero netted his first goal for the club. The midfielder, on loan from Mexico’s Lobos BUAP, was the beneficiary of some shoddy defending from FC Dallas.

Off a quick throw-in from the right side, Simon Dawkins played in Quincy Amarikwa down the sideline. Amarikwa’s cross skidded all the way through the box and past several FC Dallas defenders before Quintero fired a shot first-time to open the scoring.

FC Dallas found their equalizer from the penalty spot with Tesho Akindele doing the damage. The spot kick came as a result of a Shaun Francis foul in the box before Akindele stepped to the spot and fired to David Bingham’s left to push the scoreline to 1-1 in the 36th minute.

The Quakes regained the lead 10 minutes into the second half through Chris Wondolowski, who fired another Amarikwa assist.

Just seven minutes later, the game was level once again. On a cross in from Fabian Castillo, Victor Bernardez smashed a header straight into his own goal in what proved to be the final goal of a back-and-forth contest.

On each of his team’s goals, Tesho Akindele played provider. The Earthquakes forward was dynamic on the attacking end and proved to be the game’s most influential player by a large margin.

Moments after seeing his side take the league, Victor Bernardez’s ill-advised header went flying into his own net. The own goal sucked the life out of the Earthquakes, who conceded two leads to settle for a disappointing draw.

While the attack did its part in creating goals, the Earthquakes’ defense played a major role in conceding two on the other end. Giving up  penalty kick and an own goal, the Earthquakes defense was mistake-prone to say the least and will need to be much tighter going forward.