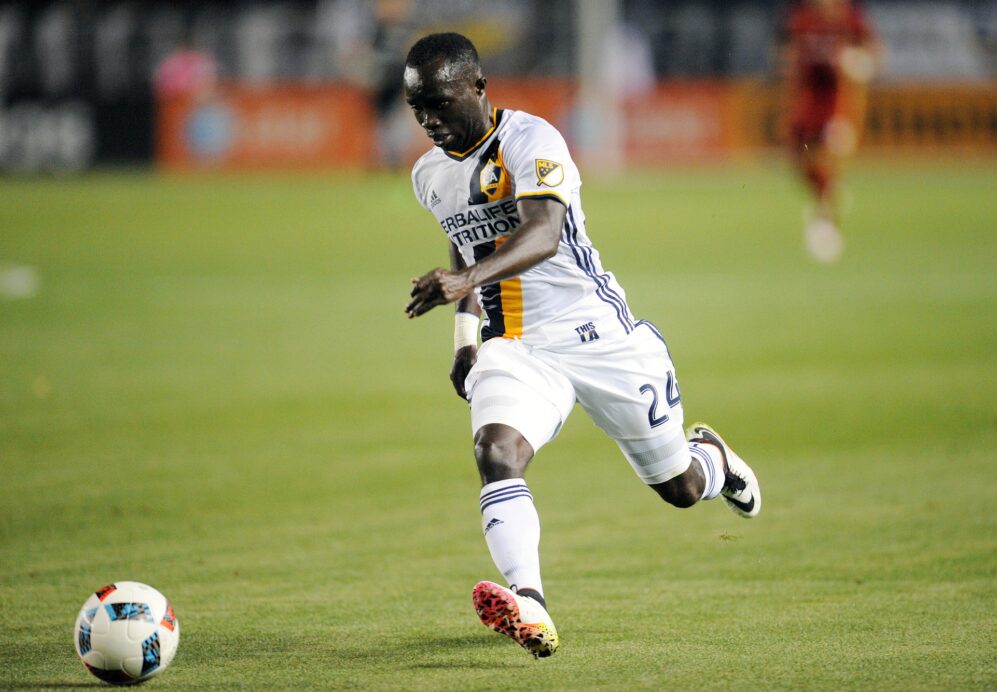 When LA Galaxy winger Emmanuel Boateng raced into the Real Salt Lake penalty area and poked home his first MLS goal, it put an exclamation mark on his brief but noteworthy rise into the professional soccer ranks.

Really, it could be argued that Boateng has been at least a semi-professional footballer for well over a decade. The diminutive Ghanian emerged from the Right to Dream Academy, the West African soccer development program funded primarily by Ghanian oil and partnered with six exclusive American prep schools. In 2009, at age 15, Boateng was funneled to one of these schools, the Cate School in the hills of Southern California.

All Boateng did in his three years at Cate was earn the school’s first-ever National Player of the Year award winner.

He was also named California Interscholastic Player of the Year twice, and delivered the exclusive boarding school two CIF state championships. In his final season at Cate School, the Ghanaian scored 32 goals and added 19 assists.

His next step kept him in California. He enrolled at UC Santa Barbara, where he played one year while fielding professional offers. He declined to sign with English Premier League club Manchester City, where he feared he would languish in its junior ranks, and instead left the U.S. to join Swedish first division side Helsinborgs IF, where he found more regular playing time with the senior team.

After three years, however, Boateng’s contract in Sweden was up, and at only 21 years old, he was looking for a new home.

Galaxy scouts had kept tabs on Boateng after his departure for Scandinavia, and were immediately aware when Boateng became available. Galaxy head coach Bruce Arena has spoken often over the years about his desire to add a true winger to his lineup. And while Arena famously prefers veterans over youngsters, Boateng was still a tasty target, and the Galaxy were able to ink the the man his teammates call “Emma.”

Accra to Santa Barbara to Sweden to Los Angeles is not a typical path for anyone, let alone a footballer who is still only 22 years old. But when Galaxy winger Sebastian Lletget went down in training with a groin injury two days before their showdown with undefeated Real Salt Lake, Boateng knew his number would be called.

“He’s a good overall player. He’s really grown during the preseason and the start of the season” said Arena when asked about his youngest senior team player. “He’s getting better. He understands the qualities he brings to the field.”

Boateng answered Arena’s summons in sparkling fashion. Possessed with extraordinary foot speed, he wreaked havoc along the left touchline all night, producing the go-ahead goal for the Galaxy when he beat RSL defender Tony Beltran around the edge and whipped in a cross that fell to the left foot of Mike Magee, who neatly tucked the ball into the back of the net.

“He was brilliant,” Magee told SBI after the match when asked about Boateng’s performance. “He was probably the best player on the field tonight. He was fun to watch from the other side of the field.”

Then Magee laughed. “I appreciate him giving me that tap-in too.”

But the best was yet to come for Boateng. Eight minutes later, Giovani Dos Santos played in Gyasi Zardes at the edge of the penalty box. Zardes got shoved from behind, briefly lost control of the ball and, seemingly out of nowhere, a tiny blur flew past, taking the ball off Zardes’ outstretched foot before poking it past a sprawling Nick Rimando.

Boateng’s first Galaxy and MLS goal set the sold-out Stub Hub Center to shaking, and the minuscule goalscorer disappeared underneath the swarm of white-shirted Galaxy players that mobbed him in the corner of the field.

“It was great. I just jumped in front of Gyasi and took his goal I guess,” said Boateng when asked about his tally.

A remarkable rise for a player who has only two starts under his belt for the Galaxy, has just turned 22 and has already lived on three continents while playing soccer full-time, if not always professionally, for close to a decade.

“I still don’t think I’m in the place I want to be yet,” Boateng said. “I’m learning every day, learning from the coaches, the veterans on the team. There’s still more I need to learn, to improve and to help out the team.”