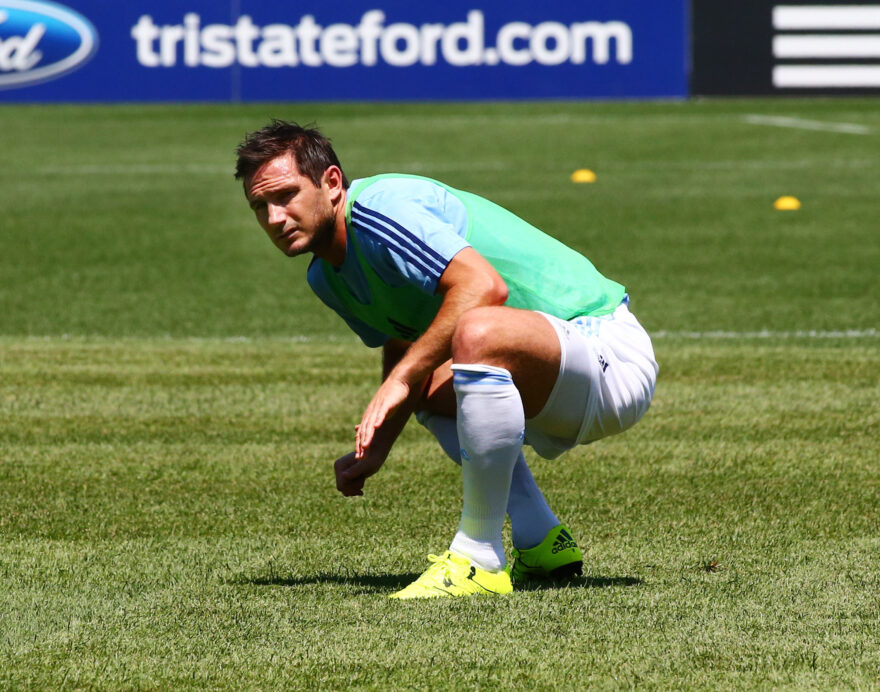 Frank Lampard missed New York City FC’s first match with the Chicago Fire this season because of a calf strain. He will also miss the second meeting because of that same injury.

For the fifth straight match, NYCFC will be without Lampard due to the calf problem that has been bothering him since preseason. Lampard is closing in on a return, but is not yet healthy enough to play in this Sunday’s home game against the Fire.

The 37-year-old midfielder has missed all four of the club’s matches to this point, including the 4-3 road win over the Fire in the season opener. His injury has forced Vieira to make due without one of the three Designated Players on NYCFC’s roster during the first month of the campaign, and has left Lampard frustrated and his team feeling sympathetic.

“When you’re talking about a player of his caliber, it’s always good and better to have him to be available to play games,” said Vieira. “I’m feeling for him because he’s a real champion and a true champion and he’s going through a difficult period because, of course, he wants to be on the field, he wants to train, and he wants to help the team.

“He’s going through a difficult period because he’s missed training and it’s not easy for him.”

NYCFC is currently 1-1-2 and in fifth place in the Eastern Conference with five points, the same amount as the sixth-placed Fire. Vieira’s side has scored seven goals so far but also allowed just as many.

What do you think of Lampard missing another match for NYCFC? Wondering why his calf strain is taking so long to heal? Do you believe that he will be back on the field soon?