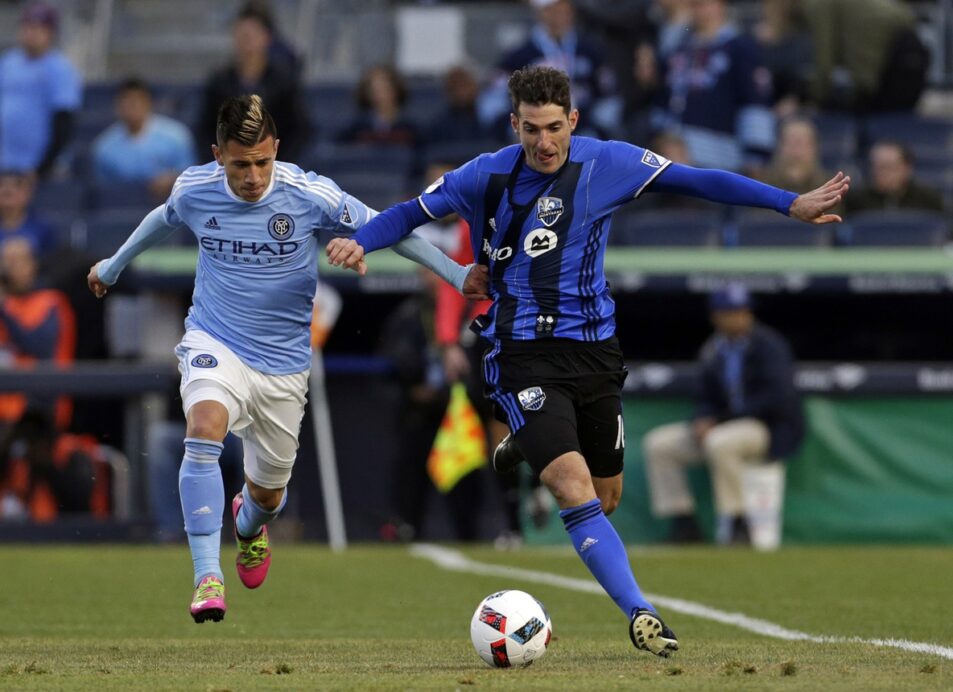 New York City FC was just moments away from the team’s second win of the year, but a Montreal Impact substitute snuck home a last-gasp equalizer to earn his side a shocking point.

RJ Allen appeared to have netted the game-winning goal for NYCFC, but Dominic Oduro’s stoppage time equalizer earned the Impact a 1-1 draw on Wednesday at Yankee Stadium. With the draw, NYCFC remains winless since the opening week of the season, while the Impact bounce back from a loss to Toronto FC in their prior game.

With just seconds remaining and the Impact down a goal, Oduro stepped up to net the winner after entering as a substitute early in the second half. On a free kick from the right side of the box, Didier Drogba’s service was pinpoint, allowing Oduro to smash a header that earned the Impact a road point.

After a lackluster first half, NYCFC started the second stanza on the front foot before breaking through on Allen’s finish.

Six minutes into the second 45, NYCFC winger Khiry Shelton broke free from the Impact defense down the right side. The U.S. Under-23 Men’s National Team winger’s cross fell to the feet of Tommy McNamara, who tapped the ball backwards with Impact defender Wandrille Lefevre on his back. The pass fell squarely to Allen, who curled a shot first time for his first professional goal.

Moments prior to Allen’s tally, McNamara nearly got on the board himself, forcing Bush into his first save of the game on a one-on-one opportunity.

Following the draw, NYCFC faced a quick turnaround with clash with the Vancouver Whitecaps set for Saturday. The Impact also return to action with a home match of their own against the Colorado Rapids.

In addition to scoring his first professional goal, RJ Allen proved vital in NYCFC’s defending of a typically dangerous Impact attack. Facing off with Ignacio Piatti, Allen was sturdy all game and provided the game-winning goal before departing due to injury.

The Impact looked all but destined to drop their second game running, but Dominic Oduro’s stoppage time equalizer earned the visitors a hard-fought point from a scrappy contest.

Another momentary lapse from the NYCFC backline sees the team drop points yet again. After standing strong throughout nearly a full game, one mistake leads to Oduro’s finish and another frustrating performance from a team that played so well.