MLS Week 7: A Midweek Look Ahead 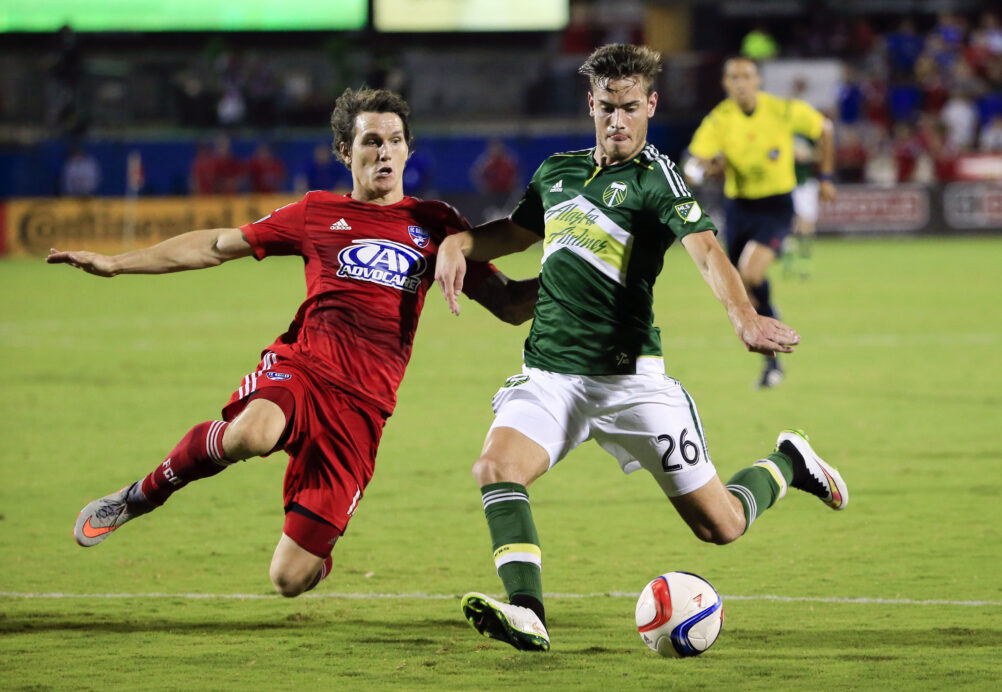 While only three matches are on the docket Wednesday night around MLS, several intriguing matchups are slated to kick off a busy week of action.

Sporting Kansas City will be looking to continue their hot start against the Colorado Rapids after accumulating 12 points over the opening five matches. The Western Conference leaders currently sit five points above the Rapids.

The New York Red Bulls will travel to face the San Jose Earthquakes at Avaya Stadium, as the defending Supporters’ Shield champions search for their second win of the season.

After a difficult beginning to the season, the Portland Timbers will face another tough test at home when Caleb Porter’s side hosts FC Dallas. The two sides split their regular season meetings in 2015, before the Timbers knocked Dallas out in the postseason.

Coming off of an important 2-0 road victory against the Red Bulls, Sporting KC returns home to take on a surprising Colorado Rapids side.

Sporting KC head coach Peter Vermes got his tactics right on Saturday night at Red Bull Arena, with his side capitalizing on the counterattack. The win masked the away side’s injuries in the match, which could leave the team shorthanded against the Rapids. Kevin Ellis and Chance Myers each exited the Red Bulls match prior to the hour mark, while captain Matt Besler remains out after sustaining a concussion while with the U.S. Men’s National Team.

A second-half Joao Plata finish was enough to sink the Rapids against Real Salt Lake. The Rapids will look to rebound in a difficult environment vs. Sporting KC, hoping to get back on the scoresheet as well. Through five matches, the Rapids have struggled to find goals, tallying just three thus far.

After starting out the season with two wins, the San Jose Earthquakes have come back to earth a bit. The Earthquakes are coming off of an exciting 2-2 tie against FC Dallas over the weekend.

Veteran striker Chris Wondolowski is already in midseason form for the Earthquakes, posting four goals in five games, while the team is also capturing support from Quincy Amarikwa. The forward has added a goal and three assists to start the season, and will be key against a Red Bulls defense that has struggled mightily in the first month-plus.

The Red Bulls certainly haven’t been lacking in opportunities during their opening five matches, however, Jesse Marsch’s side can’t seem to buy a goal. With a number of injuries defensively though, the Red Bulls will likely be more concerned with keeping the Earthquakes away from Luis Robles’ net. The Red Bulls have conceded 11 goals thus far, but Ronald Zubar and Kemar Lawrence could potentially make their return to the backline.

After some intense meetings in 2015, FC Dallas travels to Providence Park to take on a struggling Portland Timbers side.

The Timbers will surely be frustrated with what transpire on Sunday night against the LA Galaxy, when U.S. midfielder Darlington Nagbe needed a wheelchair to exit the match following a brutal challenge from Nigel De Jong. Nagbe’s injury isn’t the only worry for the Timbers though, after taking one win out of their first five matches.

FC Dallas appears poised to contend for a Western Conference title for a second straight season, after getting off to a solid start. The offseason addition of Timbers attacker Max Urruti is already paying dividends, with the 25-year-old leading Dallas in goals (3).