MLS Week 7: A Look Ahead 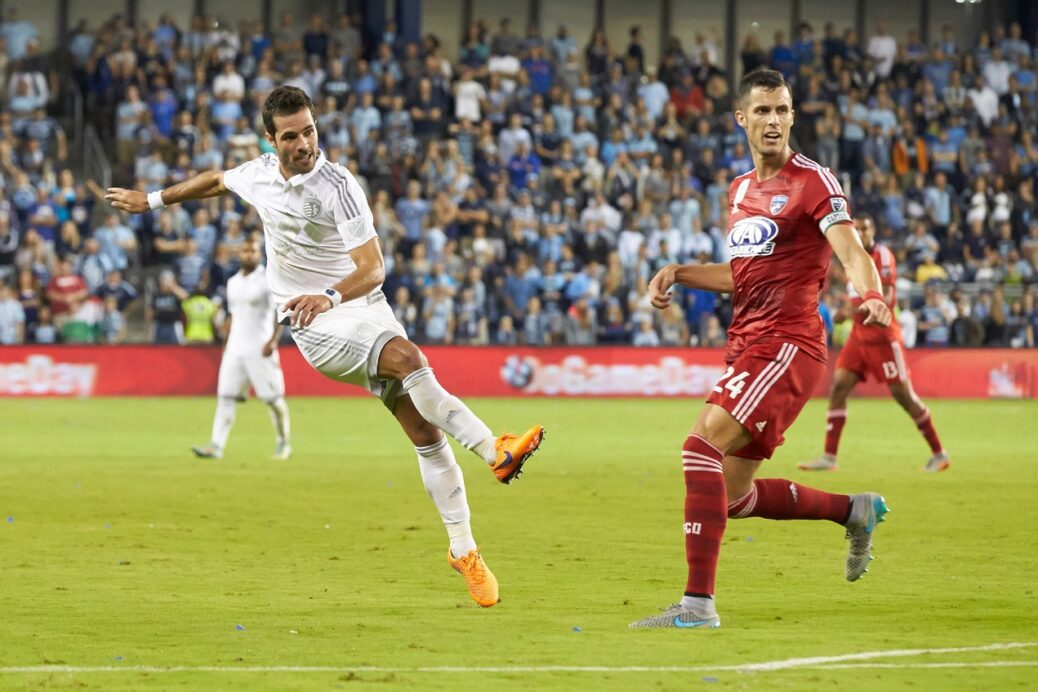 After some extended absences to start the season, two of the most recognizable stars in MLS will take the field this weekend, while a pair of Western Conference contenders meet up in an early season collision.

Two of the league’s elite collide in Sunday’s headliner as FC Dallas takes on Sporting Kansas City. Entering the weekend, the two are first and second in the league, respectively, as the teams have combined for just three losses in 13 games.

Didier Drogba has played just once this season while avoiding turf, but the Montreal Impact forward rejoins the team for the long haul ahead of Saturday’s clash with the Chicago Fire. U.S. Men’s National Team midfielder Jermaine Jones is also set to return to action for the first time this season as a member of his new club, the Colorado Rapids.

In the aftermath of the Nigel de Jong incident, the Galaxy will have to regroup without their star midfielder.

De Jong will be suspended for Friday’s contest, but the Galaxy could be boosted by the returns of Steven Gerrard and Dan Kennedy. Robbie Rogers, meanwhile, looks unlucky to feature after suffering an injury last time out.

On the opposing end, the Dynamo have had an up-and-down season. The second highest scoring team in the league, the Dynamo are just 1-2-2 and will look to utilize the skills of Giles Barnes in Rogers’ absence.

The Impact have been more than fine without Didier Drogba this season, but the Ivorian is set to boost the team even further starting this weekend.

Entering Saturday, the Impact have won three of four without the former Chelsea striker, whose lone appearance was in a loss to FC Dallas. It was a pair of unlikely goalscorers that led the Impact to victory last time out, as Kyle Bekker and Hassoun Camara netted in a 2-0 win over the Crew.

Scoring against the Fire will be no easy feat, though. The Fire have put together three straight shutouts and have conceded just four goals all season. On the other end of the field, the Fire have concerns as David Accam remains out due to injury.

D.C. United impressed in its first victory of the season last time out, but Ben Olsen’s group will need to put together another solid performance against a Toronto FC team in need of a win.

TFC’s road trip continues with a visit to RFK Stadium, with the Canadian club registering a 1-2-2 record to this point. TFC have yet to win since a Week 1 defeat of the struggling New York Red Bulls. In D.C. United, though, it’ll face a team that’s own struggles were only ended by an impressive win over the Vancouver Whitecaps last time out.

A 4-0 throttling of the Whitecaps earned DCU its sixth point of the season, with Fabian Espindola and Alvaro Saborio doing the damage after several weeks of attacking struggles. Offseason acquisition Luciano Acosta appears to have adjusted a bit more to the MLS game as the young playmaker provided two assists in just 13 minutes off the bench against the Whitecaps.

The Crew’s struggles have been mighty this season, and the reigning MLS Cup runners-up will be hoping a clash with New York City can help turn fortunes around.

Through five games, the Crew are the league’s only remaining winless team. At the forefront of the team’s issues is the attack, a group that has mustered a league-worst three goals. After being rewarded with a Designated Player contract in the offseason, Kei Kamara has netted just once, and will be going against an NYCFC team that has looked better at the back as of late.

NYCFC has allowed just two goals in the past three games, but Patrick Vieira’s group has yet to win since opening day. It appears the second-year team will once again be without Frank Lampard, who has yet to feature due to a calf injury.

The Red Bulls have looked nothing like last year’s Supporters’ Shield winners, and Bradley Wright-Phillips and company face a visit to a new-look Rapids team in their latest test.

Jones is set to make his Rapids debut after serving his six-game suspension. Even without Jones and incoming signing Tim Howard, the Rapids are off to a 3-2-1 start following an impressive defeat of Sporting KC.

The Red Bulls have had no such luck, slumping to 1-5-0 following a midweek loss to the Earthquakes. Centerback has proven to be a real position of issue for the Red Bulls, with Damien Perrinelle and Gideon Baah set to miss out once again. The return of Ronald Zubar should help, but Wright-Phillips’ struggles in front of goal will need to be remedied if the Red Bulls have a chance at snapping out of their funk.

The Philadelphia Union are arguably the league’s biggest early-season surprise ahead of a clash with a Seattle Sounders team that may be on the rise.

Through five games, the Union have won three while moving all the way to second in the Eastern Conference. Strong goalkeeping from Andre Blake has been the highlight of the season, while C.J. Sapong and Chris Pontius have led the way on the attacking end.

With a late Chad Marshall goal, the Sounders earned a hard-fought tie with the Dynamo last time out. The draw extended the team’s unbeaten streak to two following a trio of league losses to start the 2016 campaign.

Joao Plata enters Saturday’s meeting with the Vancouver Whitecaps as one of the hottest in the league, having scored four goals in five games played this year. The Whitecaps, meanwhile, are coming into the match having been dominated by D.C. United in Week 6. The Whitecaps have not been able to score much from the run of play to start the season, as Pedro Morales leads the team with four goals — all of which have come from the penalty spot.

The Whitecaps went a perfect 3-0-0 against RSL last year, but RSL has looked anything like its 2015 self. If the Whitecaps are to hand RSL an unlikely loss at Rio Tinto Stadium, they will need Pedro Morales and their entire front line to step up in a big way.

Unbeaten in their last three matches, the Revolution will look to push their streak to four against an Orlando City team looking to bounce back from a heartbreaking defeat.

The Lions themselves were unbeaten before falling to the Union on a late free kick. Orlando City was playing quite shorthanded, though, with Brek Shea, Cyle Larin and Tommy Redding all missing out. Shea’s suspension has come to an end, while head coach Adrian Heath told SBI he expects Larin and Redding back for Sunday’s clash.

The Revs haven’t lost since a defeat to the very same Union team in their third game of the season. Since, the team has secured a narrow win over the Red Bulls while earning 1-1 draws against NYCFC and Toronto FC.

Two of the league’s best teams collide in Sunday’s nightcap.

Entering the weekend, FC Dallas sits atop the league’s overall table, two points ahead of a Sporting KC team with an extra game in hand. Both sides are coming off of midweek action, with FC Dallas coming in victorious over the Timbers while Sporting KC fell to the Rapids.

FC Dallas will need to overcome some injuries, though, as Michael Barrios left last game on a stretcher. Add in the ongoing injury of star playmaker Mauro Diaz, and FC Dallas will need something special to break down a Sporting KC team that has given up just five goals all season.