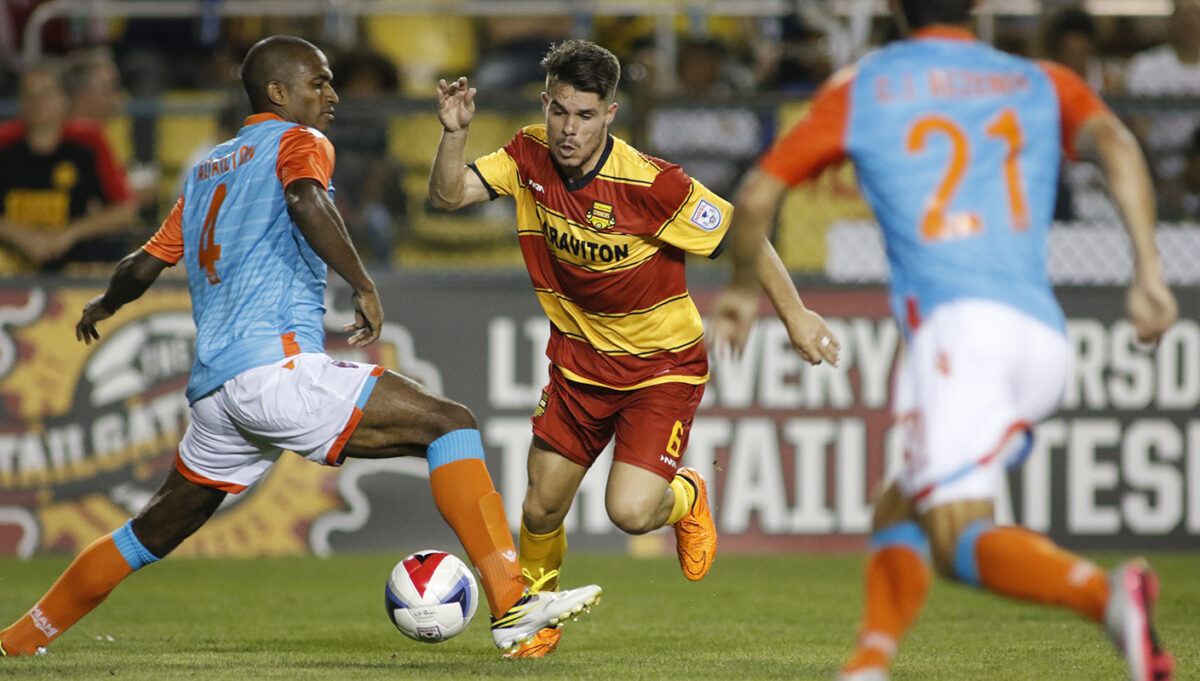 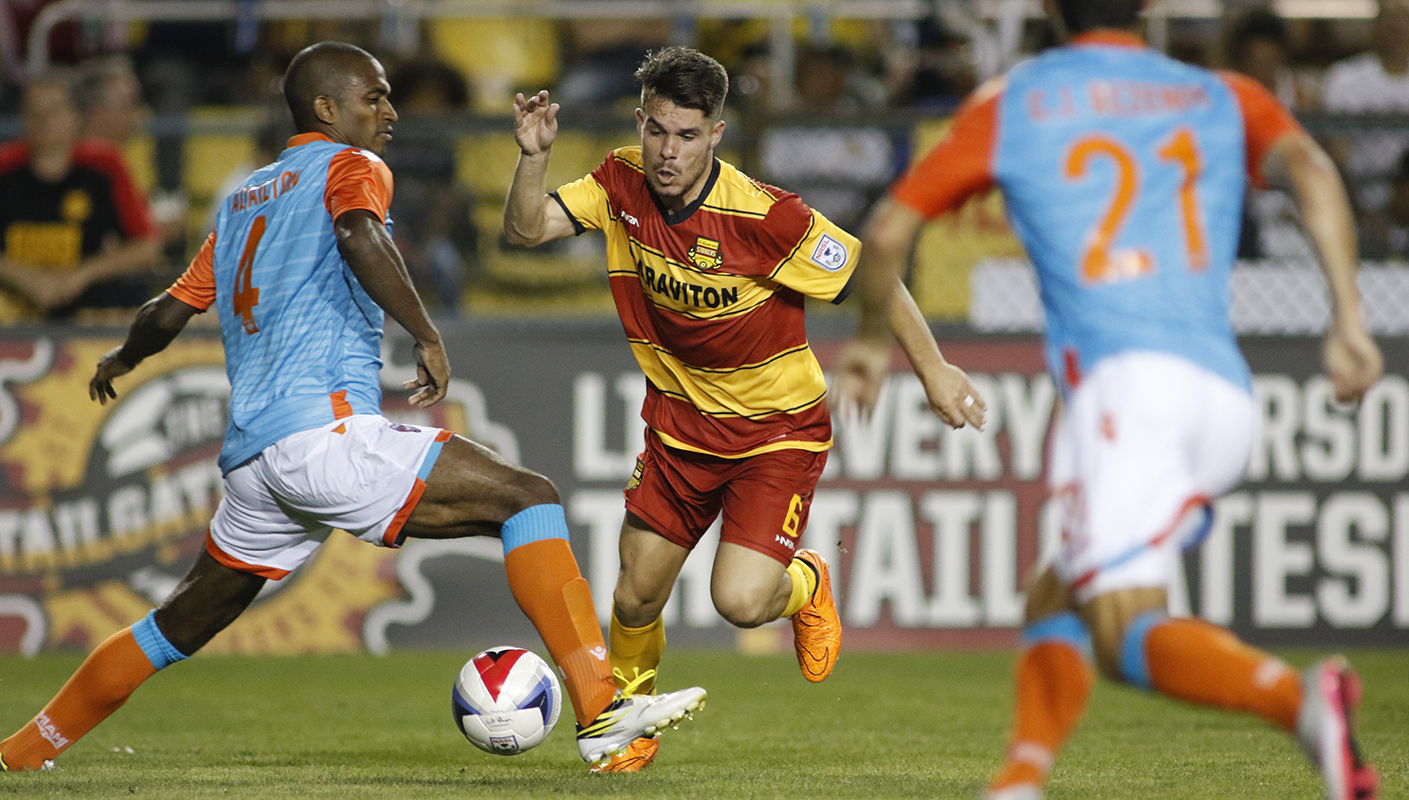 The NASL’s two newest clubs earned a point apiece in their debut games, while the league’s reigning champions picked up right where they left off in the opening week of action.

Both Miami FC and Rayo OKC settled for draws in their inaugural regular season contests. The former was forced to just one point on a late Fort Lauderdale Strikers equalizer, while the latter played to a scoreless draw with FC Edmonton in front of a capacity crowd in the club’s home debut.

Here’s a closer look at all of this past weekend’s NASL action:

Through 90 minutes, it appeared that Miami FC was going to walk out of Lockhart Stadium with a win in the club’s first-ever game. Unfortunately for Alessandro Nesta’s side, Maicon Santos and the Fort Lauderdale Strikers had other plans.

Santos netted a penalty kick in second half stoppage time, earning the Strikers a 1-1 draw on Saturday night. Santos’ spot kick canceled out a 12th-minute penalty kick for Dario Cvitanich, whose finish was the first in Miami FC history. Miami FC battled down a man throughout most of the second half as Jorge Luis Corrales was sent off with a second yellow late in the first stanza.

Miami FC will host the Tampa Bay Rowdies on Saturday in the club’s home opener, while the Strikers have a bit of a break before facing Minnesota United on April 16.

In an NASL final rematch, Arango netted a brace to lead the Cosmos past Ottawa Fury FC via a 3-0 scoreline. The Venezuelan’s contributions came just minutes apart. Arango was on the end of a pass from Jairo Arrieta in the 36th minute before pouncing on a rebound just two minuets later for his second. Midfielder Adam Moffat joined him on the scoresheet, besting goalkeeper Romuald Peiser from long distance on a shaky clearance.

The Cosmos will look to make it two wins in as many games on Sunday in a meeting with the Jacksonville Armada, while Fury FC will attempt to bounce back one day earlier in a visit to Indy Eleven.

Georgios Samaras made an impact late, but it wouldn’t be enough to earn Rayo OKC a debut win.

The Greek forward entered the fray in the 79th minute but saw his late attempt on goal pushed away by Matt VanOekel to preserve a 0-0 draw. The Eddies did well to hang onto a point after losing defender Albert Watson to a straight red card in the 30th minute. From there, Rayo OKC maintained a bulk of the possession, but failed to put the ball in the back of the net in front of a sellout crowd of 6,416.

Rayo OKC will get another chance to perform in front of the club’s home crowd in a clash with the Carolina RailHawks on Saturday. The Eddies will take their point into the team’s home opener against Minnesota United that same day.

Christian Ramirez got the NASL season started in style, but it wouldn’t be enough to earn Minnesota United all three points in a visit to WakeMed Soccer Park.

Goals from Tiyi Shipalane and Austin da Luz led the Carolina RailHawks to a season-opening 2-1 victory over Minnesota United on Saturday afternoon. Just three minutes into the match, Ramirez, who netted 12 goals last season, ripped a thunderous 25-yard dipping volley to best goalkeeper Akira Fitzgerald. Responses from Shipalane and da Luz soon followed in the 12th and 26th minutes, as the Loons were pinned in their defensive half for a large chunk of the game.

Minnesota United next faces off with FC Edmonton in another road match, while the RailHawks also face a road trip to Rayo OKC.

Neither the Tampa Bay Rowdies nor Indy Eleven could find separation in Saturday’s clash.

The two sides walked away from Al Lang Stadium with a point apiece following a season-opening scoreless draw. The best opportunity came to Rowdies forward Tom Heinemann, who saw his 56th-minute shot parried away by Jon Busch to keep the match level.

Heading into Week 2, the Rowdies will look to move into the win column on Saturday in a Florida derby against Miami FC, while the Eleven return home for a clash with Ottawa Fury FC earlier that day.