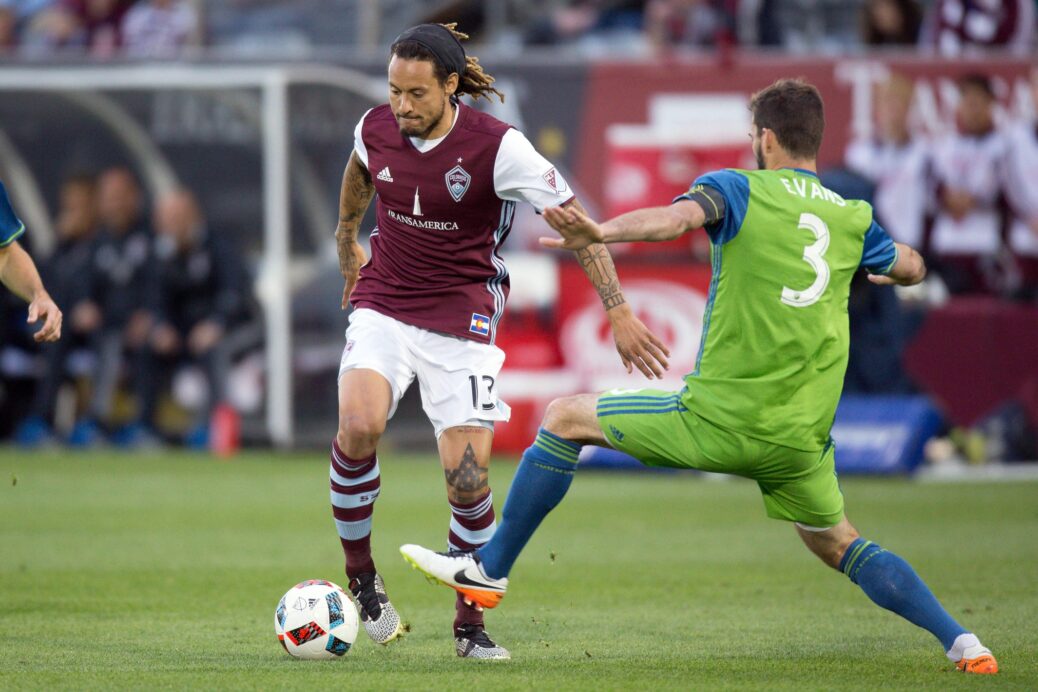 Led by another finish from Jermaine Jones, the Colorado Rapids earned their third win in as many games by toppling a fellow Western Conference contender.

Goals from Jermaine Jones, Luis Solignac and Kevin Doyle proved enough to overcome a second-half finish from Jordan Morris, as the Rapids earned a 3-1 win over the Seattle Sounders on Saturday at Dick’s Sporting Goods Park.

Jones netted his second goal in as many games in the 20th minute to give the Rapids the early advantage. The U.S. Men’s National Team midfielder, who proved dangerous on set pieces throughout, broke loose in the box on a Shkelzen Gashi cross. Jones steered his header past a helpless Stefan Frei, giving the Rapids the 1-0 advantage.

Solignac doubled that advantage with a tap-in just six minutes into the second half on a cross from Dominique Badji. The two-goal lead was short-lived, though, as Morris brought the Sounders back 12 minutes later.

As Cristian Roldan’s cross skipped across the box, Morris found himself on the ball just outside the box. The Stanford product took a touch out wide before directing a shot towards the far post, slipping his effort Zac MacMath to pull the Sounders within a goal.

Playing without Clint Dempsey, the Sounders had plenty of life in the aftermath of Morris’ goal, but the Rapids had an opportunity to pull further ahead on a penalty kick. Gashi’s shot was stonewalled by Frei to keep the lead at one, but it would prove no matter, as Doyle fired home the much-needed insurance goal in the 86th minute to seal three point for the hosts.

The Rapids will look to make it four straight next Saturday with a visit to the Montreal Impact, while the Sounders return that same day for a clash with the Columbus Crew at CenturyLink Field.

For the second straight game, Jermaine Jones proved plenty active on both the attacking and defensive ends. In addition to his goal, Jones provided a trio of key passes while helping plug the midfield alongside Sam Cronin and Michael Azira.

Prior to Kevin Doyle’s late-game finish, the Sounders looked like a team that could surely find an equalizer. The Irishman’s goal was as controversial as it was decisive, as the Rapids’ forward appeared offside on what proved to be the final blow needed to seal victory.

Brad Evans was bested by Jermaine Jones on a pair of first-half set pieces, and the Sounders defender was made to pay as Jones headed home in the 20th minute. Following Kevin Doyle’s game-clincher, Evans was sent off for arguing with the referee, providing a sour ending to what was already a poor performance.