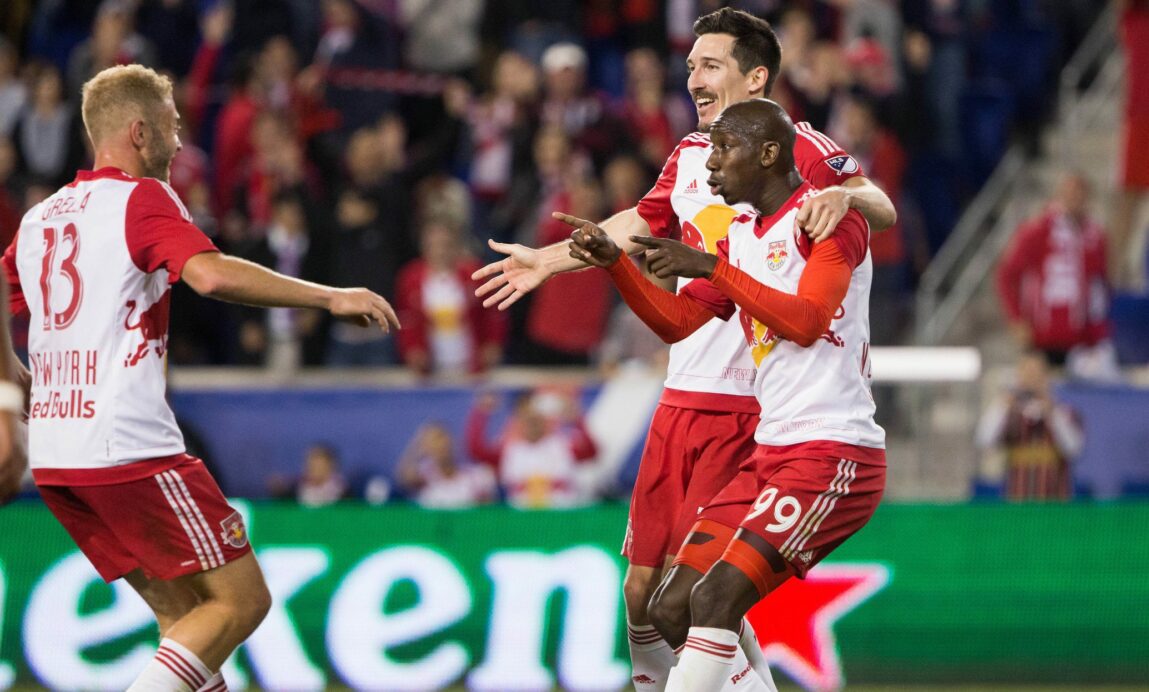 Goals had been very hard to come by for the New York Red Bulls heading into Sunday night’s meeting with Orlando City SC. However, not only did the home team capture a vital three points — pulling them out of last place in the Eastern Conference — but the Red Bulls attack also regained their composure and confidence, at least temporarily.

Prior to their clash against Orlando, the Red Bulls had five goals to show in seven matches, despite an onslaught of chances the side acquired.

Questionable refereeing certainly took a toll on the flow of play for both teams on Sunday; however, Bradley Wright-Phillips and company looked like the Red Bulls of a year ago.

“Yeah I feel like I’m back as a player,” Wright-Phillips said of his confidence after scoring a brace. “When I’m not scoring, I’m not scoring. I go on the worst runs, and I don’t want to jinx myself. When I do score, I manage to just get lucky and they all start going in, so hopefully that’s what happens now.”

Wright-Phillips led the way for the Red Bulls, scoring two goals on the night, the second of which proved to be the dagger for Orlando City. The 31-year-old forward nearly had a third finish in the early stages of the match, but after a long discussion between two officials it was correctly ruled offsides.

While BWP was certainly the main target the Red Bulls were eager to get firing on all cylinders, the rest of the attack equally contributed to the side’s success on the night. Lloyd Sam and Mike Grella each made key moves down the wings and in the penalty area, involving themselves in every goal.

The same could be said about midfielder Sacha Kljestan, who like the rest of the attack, had struggled a bit coming into Sunday. Following the match, head coach Jesse Marsch expressed his pleasure in the all-around complete performance that his attackers displayed.

The biggest question surrounding the team at the moment will be whether or not they can sustain their attacking prowess over an extended period of time. In 2015, the Red Bulls led MLS in goals scored, with 62 during the regular season. With just nine goals in eight games, the team isn’t on the lightning-quick pace that they paved for themselves a year ago.

The good news is that the chances have been coming consistently, as it was on display on Sunday night and in their thrilling 4-3 victory over the Houston Dynamo back in March. When the Red Bulls score one goal, they have the tendency to score in bunches.

“I mean, it’s the same situation we’ve been in the last seven or eight games, right?” Mike Grella said of the team’s determination. “So we get to halftime, it’s one-nil down, and you know we’ve had chances, we’ve played well I thought in the first half – and it’s the same story.

“At that point, you just have two options: you either get frustrated and throw in the towel or you keep going. And credit to the guys, credit to this group that I have so much faith in. You know, we just kept going and kept knocking on the door, and finally it was like the heavens opened and finally some goals started pouring in.”