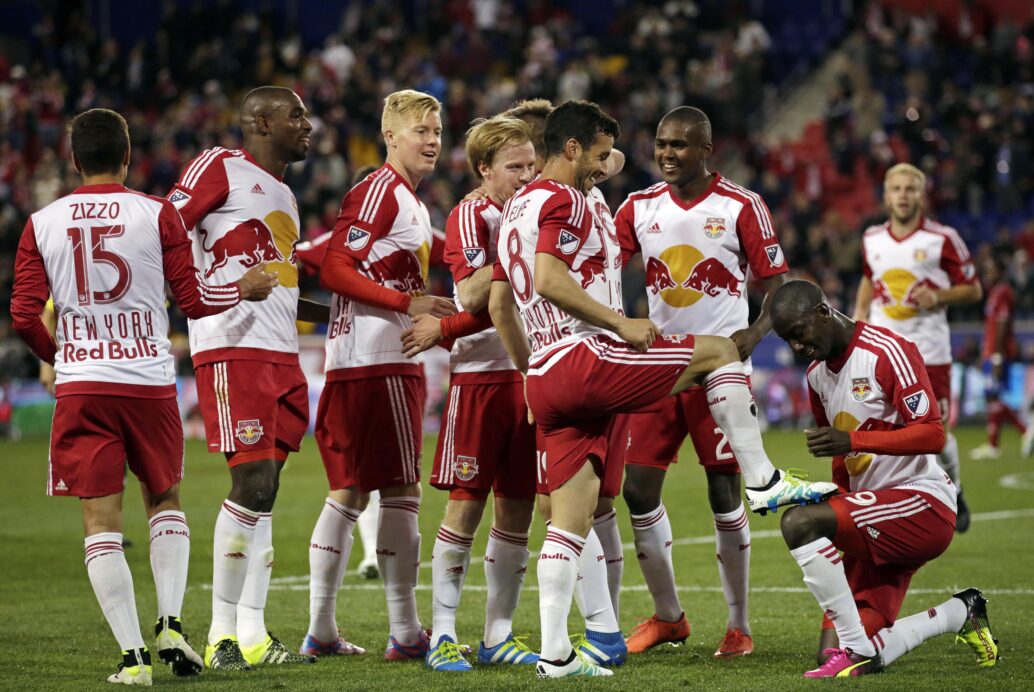 HARRISON, N.J. — The New York Red Bulls may very well be getting their groove back.

The Red Bulls picked up a second consecutive victory on Friday night, routing Western Conference leader FC Dallas, 4-0, on a rainy and cold night at Red Bull Arena. Lloyd Sam, Sacha Kljestan, Mike Grella, and Felipe all scored for the 2015 Supporters’ Shield winners, who also recorded their first shutout of the season in the lopsided win.

It was pretty much one-way traffic in favor of the Red Bulls throughout the 90 minutes, and the decisive goal came in the 37th minute through a wonderfully drawn-up free kick. After slight misdirection as to who would take the set piece, Kljestan clipped the ball in to the back post and an unmarked Sal Zizzo headed it across goal for the open Sam to push home from point-blank range.

Kljestan doubled the lead seven minutes after halftime via a nodded effort and Grella thundered home the Red Bulls’ third in the 71st with a header of his own. Felipe capped the scoring with seven minutes left, firing a stinging shot that FC Dallas goalkeeper Jesse Gonzalez got a hand to but couldn’t keep out.

The result moved the Red Bulls, who beat Orlando City on Sunday, to 3-6 on the season. FC Dallas fell to 5-3-2.

With a hand in the game’s first three goals, Lloyd Sam enjoyed a second straight strong performance for the Red Bulls. Sam punctuated the magnificent and decisive set piece in the first half with an easy finish, and also smacked the crossbar with a long-range shot that Kljestan wound up pushing home. The veteran right winger also got the secondary assist on Grella’s goal before making way to cheers in the 72nd minute.

There are nice set pieces, and then there is what the Red Bulls pulled off in the 37th minute. After failing to put away the multiple chances that it had through the first half-hour and some change, the Eastern Conference club finally broke through with a splendid free kick that saw Kljestan combine with Zizzo before Sam scored his first of the season.

Mauro Diaz did not have a great night in his first start back from injury, but it was Fabian Castillo who really disappointed. FC Dallas needed more from Castillo, especially since it chose to sit and hit on the counter, but the Colombian winger failed to provide a threat with the ball or without. On one play in the second half that underlined his outing, Castillo misplayed a through ball from the left and it killed what should have been a promising sequence.