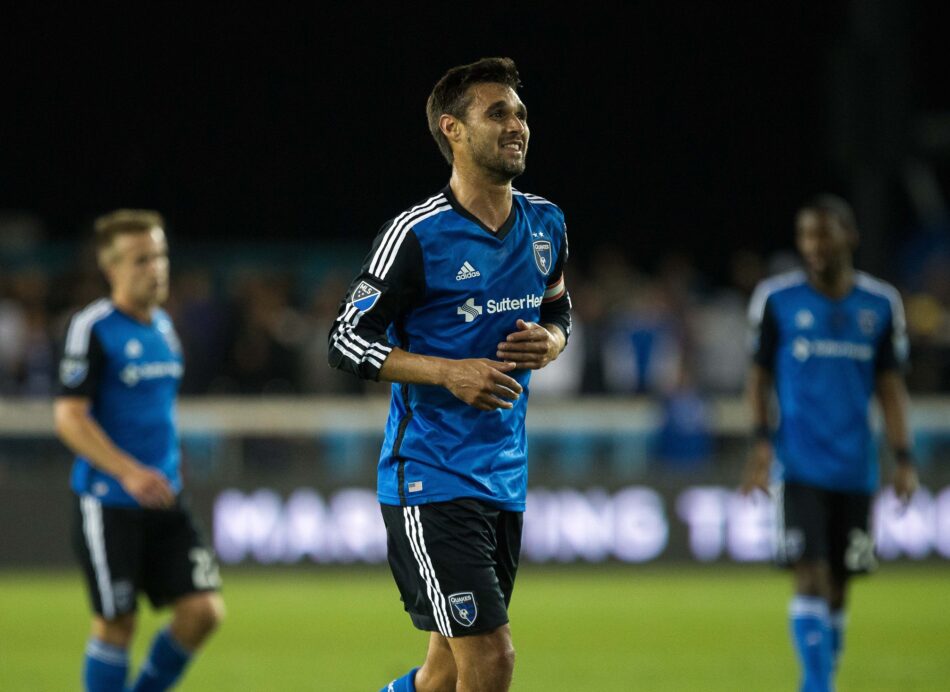 Chances came at a bare minimum on Wednesday night, but the San Jose Earthquakes earned a 2-0 victory over the New York Red Bulls at Avaya Stadium.

The Earthquakes captured the lead in the 40th minute, when Fatai Alashe struck a ball from outside the penalty area that deflected off Kemar Lawrence and into the Red Bulls net. The finish was the lone first half shot on goal for the Earthquakes.

Chris Wondolowski doubled his side’s lead ten minutes into the second half, after a perfectly-weighted cross came in from Shea Salinas. The striker leads MLS in goalscoring this season, notching five goals in six matches.

Wondolowski found his way in on goal for the Earthquakes just after the half hour mark, when the Red Bulls backline was caught out of sorts. Midfielder Felipe and Lawrence each fell down for the away team, allowing Wondolowski the breakaway opportunity, which trickled wide of Luis Robles and the Red Bulls goal.

Earthquakes goalkeeper David Bingham had little to do through the opening 45 minutes, with the Red Bulls mustering up just two shots on goal, neither of which were daunting.

The Red Bulls gathered the majority of the game’s possession as the second half wore on, but the team had very little to show in terms of shots. Kljestan’s header in the 69th minute was one of the side’s few opportunities that forced Bingham into a save.

Bingham made his biggest contribution for the Earthquakes with just over 10 minutes remaining. The Earthquakes keeper pushed a curling Mike Grella shot wide of the post to preserve the team’s shutout.

The Red Bulls continue their road trip on Saturday against the Colorado Rapids, while the Earthquakes meet the Portland Timbers.

As one of the most consistent strikers in MLS, Chris Wondolowski always seems to put himself in the right positions. His second-half header gave the Earthquakes a two-goal advantage, putting a damper on the Red Bulls chances of getting back into the match.

The Red Bulls weren’t able to manage many chances on goal, but David Bingham came up big for the Earthquakes in the minutes that mattered. Bingham denied Mike Grella from close range in the 79th minute, which could have sparked a comeback for the away side had it gone in.

The Red Bulls attack has now gone five matches this season without scoring a goal. Substitute Bradley Wright-Phillips, in particular, continues to struggle greatly in front of net. Other than a shot on target in the 46th minute, the Red Bulls forward had another quiet evening.