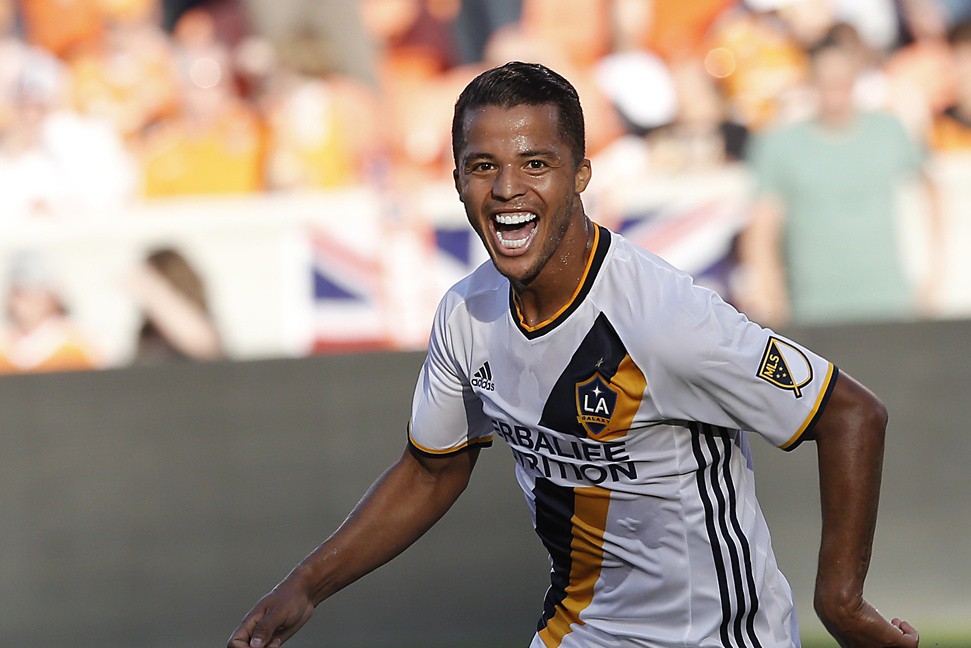 In the starting lineup for the first time in over a month, Giovani dos Santos was at his very best on Friday night.

The Mexican international netted two goals while also adding an assist, leading the LA Galaxy to a 4-1 victory over the Houston Dynamo. The pair of goals were Dos Santos’ first of the new season, and proved to be enough to help lead the Galaxy star to honors as MLS Player of the Week.

Dos Santos’ first finish of the night proved simple, but turned the tide after the Galaxy conceded in just the first minute of action. The forward’s second proved infinitely more difficult, but it was just as important because the Galaxy earned some much-needed breathing room.

Taking down a long ball from Steven Gerrard, Dos Santos put forth the perfect first touch to free himself for a shot across goal and gave the Galaxy a 3-1 lead. A flicked-on header earned Dos Santos a secondary assist on the Galaxy’s fourth of the night, putting a cap on a spectacular performance for a star still finding his way back from injury.

The Galaxy will hope Dos Santos’ efforts will be a sign of things to come, as the forward beat out Jermaine Jones, Justin Meram, Fanendo Adi and Maxi Urruti for this week’s honors.

What did you think of Dos Santos’ performance? Who stood out to you in MLS this past week?