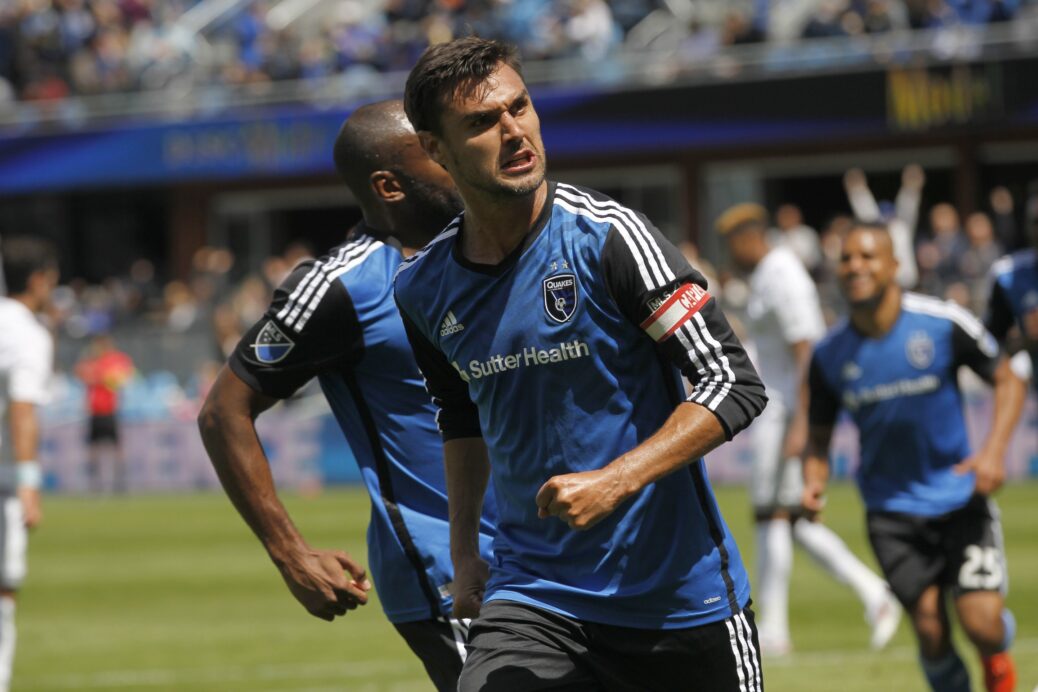 The goal came by way of a penalty kick in the 59th minute, and it was No. 116 of Wondolowski’s MLS career. The Earthquakes defense, anchored by Honduran international Victor Bernardez, turned in another solid shift at Avaya Stadium, shutting out Sporting KC, 1-0.

Goalkeeper Tim Melia was ruled to have tripped Simon Dawkins in the box, and the Earthquakes forward stepped up to score his league-leading seventh goal of the 2016 season in the 59th minute.

Sporting KC will be frustrated with that call after not receiving a similar decision less than five minutes prior to Dawkins going down in the box. Dom Dwyer looked to be tripped up himself, but no whistle was blown by referee Jair Marrufo.

Overall, David Bingham was called into action five times, with his best save of the day coming in the 29th minute against a header from Dwyer.

Sporting KC will be back in action on Wednesday against the Vancouver Whitecaps. The Earthquakes will head across the country to play the Philadelphia Union on Saturday.

Dom Dwyer deserves praise for causing all sorts of problems for the Earthquakes on the day, but goalkeeper David Bingham ultimately proved to be the hero. The 26-year-old netminder made five key saves while clinching the shutout, including a full-stretch effort to parry away a Dwyer header in the first half.

In the span of a few minutes, referee Jair Marrufo held his whistle for one potential penalty decision but called a penalty on the other end. The decision to award the Earthquakes a penalty kick turned out to be the difference as Chris Wondolowski scored the only goal of the game from the spot.

Benny Feilhaber was forced into being the sole playmaker for Sporting KC as Brad Davis failed to successfully deliver key passes in and around the final third throughout the match.