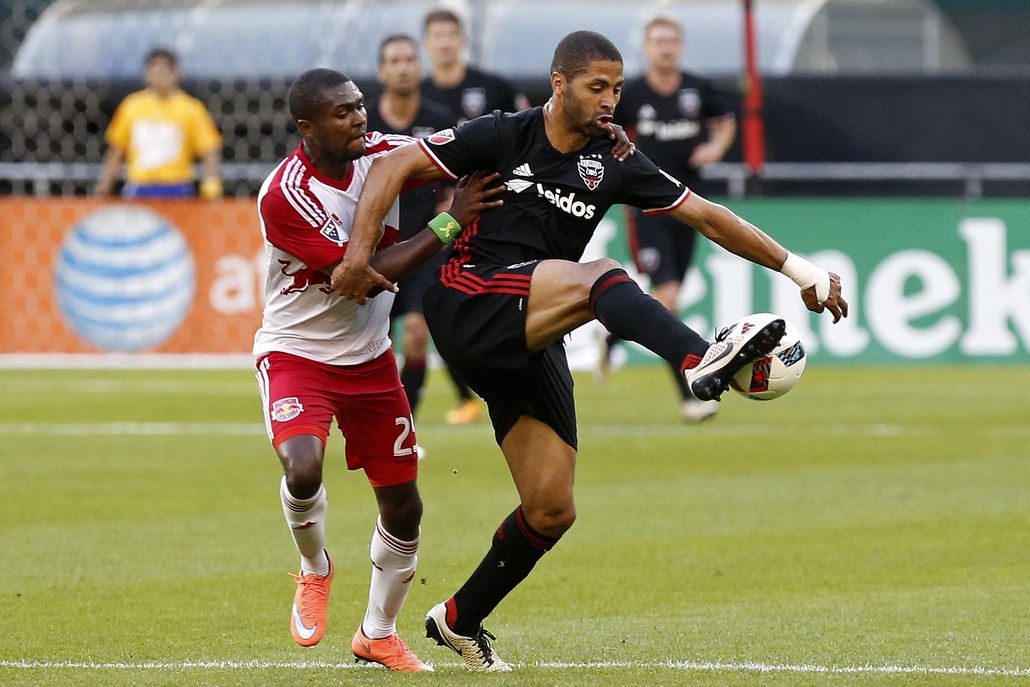 Friday night’s clash at RFK Stadium between D.C. United and the New York Red Bulls was everything you’d want from an Atlantic Cup pairing, but it was home side D.C. that came away with a 2-0 victory.

A back-and-forth opening 45 minutes saw D.C. gain a two-goal advantage, which started in the 20th minute.

Patrick Nyarko, who was directly involved in both D.C. goals, played a long ball into the path of Marcelo Sarvas in the penalty area before squaring a pass for Alvaro Saborio, who tapped home the opener.

The Red Bulls hoped to find an equalizer before the half, but it was D.C. who doubled their lead in the 43rd minute by way of Nyarko. D.C. managed to work very well on the counterattack throughout the night, and Nyarko’s goal was a direct result of that.

D.C. United keeper Travis Worra made five saves on the night, however, the Red Bulls struggled to test the second-year player. Bradley Wright-Phillips and company couldn’t build anything substantial after head coach Jesse Marsch implemented a unique 4-2-2-2 before kickoff.

The Red Bulls return to the field Wednesday night against the Chicago Fire, while D.C. travels to Philadelphia in one week’s time to face the Union.

Patrick Nyarko was heavily involved in the D.C. attack during the first half, guiding his side to a two-goal lead against their rival. Nyarko now has three goals and an assist this season since coming over from the Chicago Fire this past offseason.

The Red Bulls defense didn’t step up in time on their first goal allowed, and Alvaro Saborio made them pay from close-range. Nyarko’s pass from distance took the opposing side’s backline out of the play completely, giving D.C. the point-blank chance to score.

Ronald Zubar’s absence due to injury led to Chris Duvall being called into action at centerback for the Red Bulls. Duvall looked very uncomfortable in a position where he has only played a few matches as a starter.