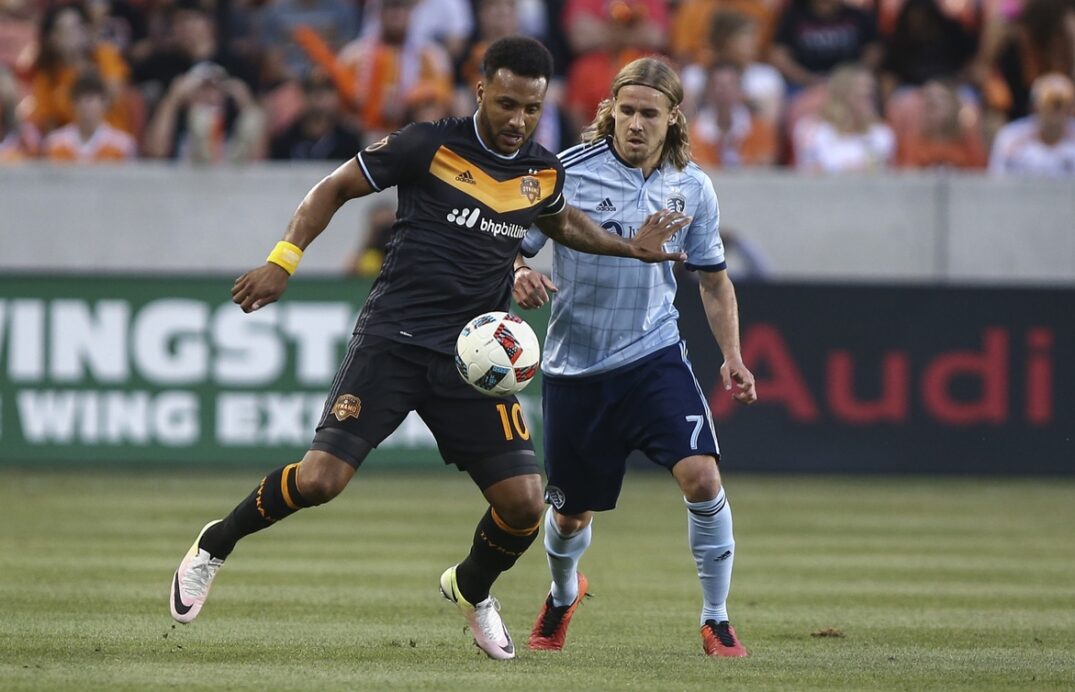 The Houston Dynamo entered Saturday on a six-match winless run, but a pair of first half goals put the club back on the right track with a win over Sporting Kansas City.

Giles Barnes and Andrew Wenger each provided goals for the previously-struggling Dynamo, who topped Sporting KC, 2-0, on Saturday at BBVAA Compass Stadium. The win is the Dynamo’s first since a 5-0 thrashing of FC Dallas on March 12, while Sporting KC is now winless in their last six.

Barnes got the Dynamo going in the 30th minute by linking up with Erick ‘Cubo’ Torres, who was making his first start of the 2016 season. Following a flicked-on pass by the Mexican forward, Barnes rocketed a volleyed effort to the far post to get the Dynamo on the board.

In first half stoppage time, Wenger doubled the lead. After receiving a pass from Barnes, Cristian Maidana was able to find a surging Wenger heading towards the box. Wenger took a touch before smashing a shot in at the near post to give the Dynamo all the insurance they would need on the night.

The Dynamo will look to make it two straight victories in a midweek match with the San Jose Earthquakes, while Sporting KC looks to snap their winless run against the Colorado Rapids next time out.

Having played a part in both goals, Giles Barnes looked like a true captain on Saturday night. With his team in need of leadership and a spark in equal measure, Barnes stepped up to lead the Dynamo to a much-needed win.

Andrew Wenger’s goal was a meaningful one, as it gave the Dynamo breathing room against a potent Sporting KC team. With the second goal on the scoreboard, the Dynamo were given some comfort while damaging hopes of a Sporting KC comeback.

Making his return to his former home, Brad Davis never truly got going for Sporting KC. The veteran winger struggled to create anywhere in the attacking third, and was removed from the action in the 67th minute.