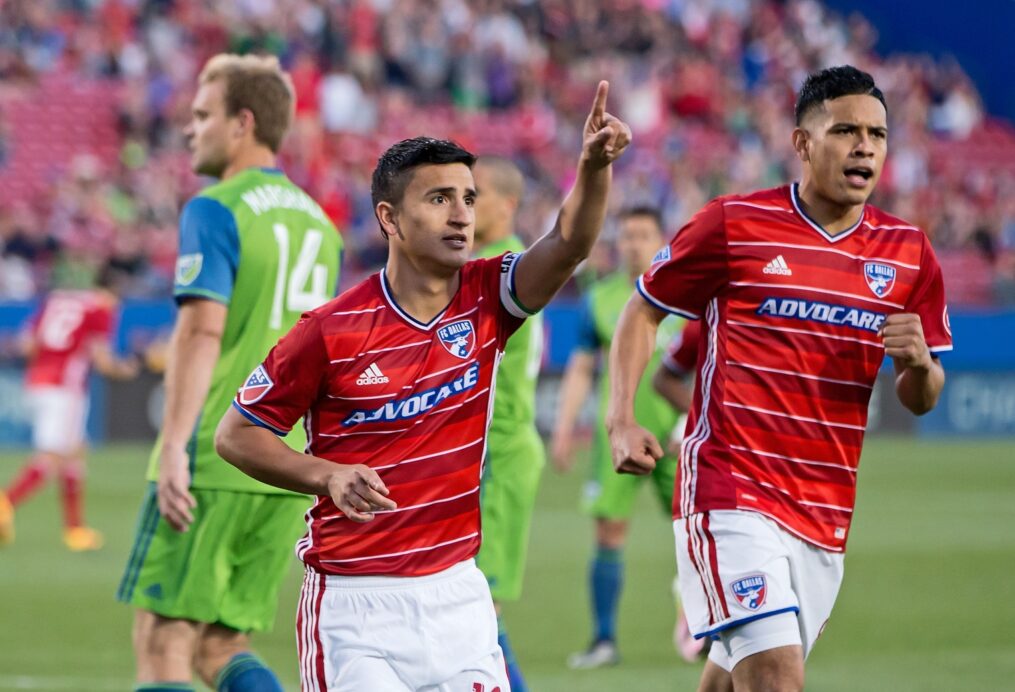 Mauro Diaz’s penalty kick in the third minute of play proved to be the difference between Dallas and the Seattle Sounders, as the defending West champions defeated the Sigi Schmid’s side, 2-0.

A frantic start saw Dallas pin the Sounders back, and it took just three minutes for the home side to earn the lead.

Sounders goalkeeper Stefan Frei made an acrobatic save on Ryan Hollingshead to deny Dallas the lead, but Walker Zimmerman was taken down on the ensuing scrum inside the box. Mauro Diaz stepped up to bury the penalty kick and gave Dallas the 1-0 advantage.

After the initial action, the game settled in, with the sides heading into the halftime break at the same scoreline.

Second-half substitute Mauro Rosales made a quick impact on the match in the 80th minute — just one minute after entering the game — by playing in Michael Barrios. The 25-year-old Barrios latched onto the routine through ball and calmly slotted his shot past a diving Frei for his fifth goal of the season.

Both teams return to the field next Saturday, when FC Dallas travels east to meet the New England Revolution and the Sounders host the Western Conference-leading Colorado Rapids.

Mauro Diaz has gotten off to a lightning start this season, recording his second goal of the season and sixth assist on Saturday.

In a game where chances were hard to come by, Diaz’s penalty kick conversion provided Dallas with the spark they needed to edge a pesky Sounders team.

Herculez Gomez was subbed off after the hour mark, having failed to make a noticeable difference on the match. The veteran forward managed one shot on the evening, which didn’t hit the target.