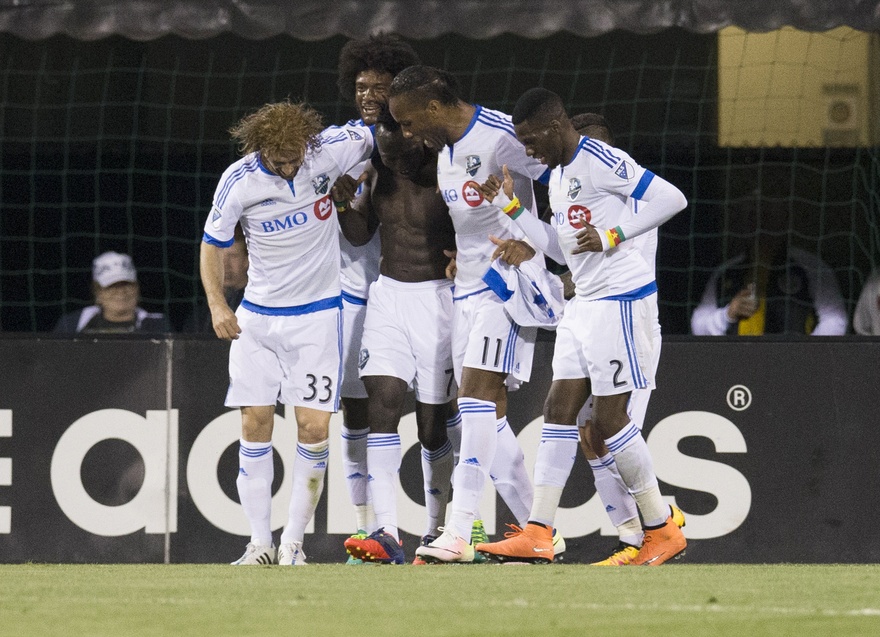 The Columbus Crew appeared to be cruising to a much-needed victory, but a three-goal comeback from the Montreal Impact sealed a monumental collapse from the reigning MLS Cup runners-up.

Through 56 minutes, the Crew maintained a three-goal lead at MAPFRE Stadium, but a Dominic Oduro leveler in the 93th minute completed an epic comeback for the Impact in a 4-4 draw.

Oduro’s equalizer was a scrappy one, as the speedy forward pounced on a loose ball in the box to earn his side a point. Following a flicked-on header from Didier Drogba, Oduro fired home from close range for his fourth goal of the season.

Throughout the majority of the game, the Crew appeared to be cruising to a resounding home win. After Kei Kamara and Ignacio Piatti traded early goals, the Crew striker and Federico Higuain added finishes on either side of halftime to put the hosts ahead 3-1. Higuain added a second in the 53rd minute on a  tumultuous penalty kick that saw the Argentine argue with Kamara prior to burying the shot.

From there, the Impact pounced, with Drogba starting the run with a 57th minute penalty kick of his own. Piatti’s second following just one minute later, but it was Oduro’s stoppage time equalizer that sealed a spectacular point for the Canadian club.

The tie is the third straight for the Impact ahead of a meeting with the Philadelphia Union next week, while the Crew face a home match against the league-leading Colorado Rapids.

With his side down in a major way, Didier Drogba took over. The Ivorian star finished with a goal and two assists, with the most important play coming on his flicked header on the equalizing goal.

While Dominic Oduro’s stoppage time finish proved to be the game-tying goal, the Crew’s collapse started on their final goal of the night. The frustration shown between Kei Kamara and Federico Higuain signaled the start of the Crew’s fall and could have lasting effects going forward.

Even with the pair of goals, Kamara’s efforts following his finishes proved to be the Crew’s undoing. In pursuit of a hat-trick, the Crew forward passed up several easy lay-offs for teammates in favor of audacious shots at goal, perhaps costing his team the game.