Kamara stands by his Higuain comments 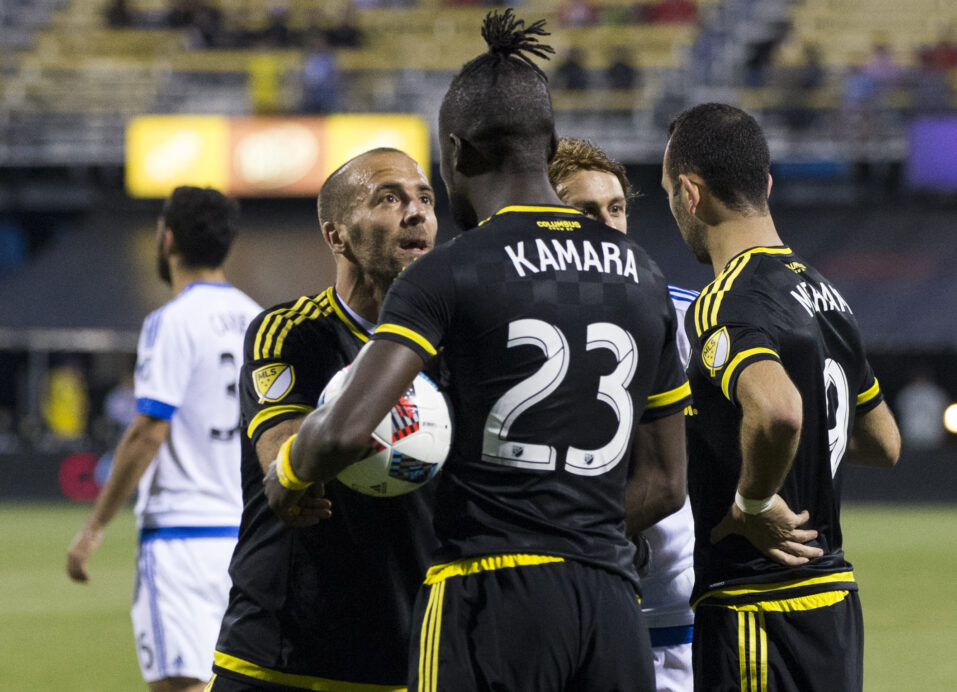 Kei Kamara is fully aware that he will miss out on Saturday’s clash with the Colorado Rapids, but the Columbus Crew striker doesn’t agree with the decision to suspend him.

Kamara told reporters on Tuesday that he believes that his suspension is “not at all” warranted, and that he did not agree with the decision. In addition, Kamara said he does not regret what he said on Saturday about Federico Higuain, who chose not to speak to media on Tuesday.

“I’m here. I’m ready to train,” Kamara told reporters on Tuesday. “But then I’m given the news that I don’t need to prepare for next week.”

The Columbus Dispatch reported on Tuesday that captain Michael Parkhurst took charge of a players only meeting this morning, but the veteran defender does not plan to speak to Kamara or Higuain about the incident individually.

Head coach Gregg Berhalter announced on Tuesday that Kamara will miss out on this weekend’s clash with the Rapids due to Kamara’s post-game criticism of Higuain following Saturday’s 4-4 draw with the Montreal Impact. News of the suspension broke just moments after a report that the team is actively looking to trade Kamara prior to Wednesday’s deadline.

Here are some more samples from Kamara’s media availability:

Kei Kamara says his suspension is "not at all" warranted. "I didn't agree to it." Says he won't stop speaking his mind. #CrewSC

By the end of his statement, he was talking about never scoring a hat trick and how much he hopes to get one. There were tears in his eyes.

No, he wasn't CRYING. But he REALLY wants that hat trick. It seems to mean more to him than anyone can understand.

What do you think of Kamara’s comments? Surprised to see him double down? Think the Crew should trade him? Where would you like to see Kamara wind up?