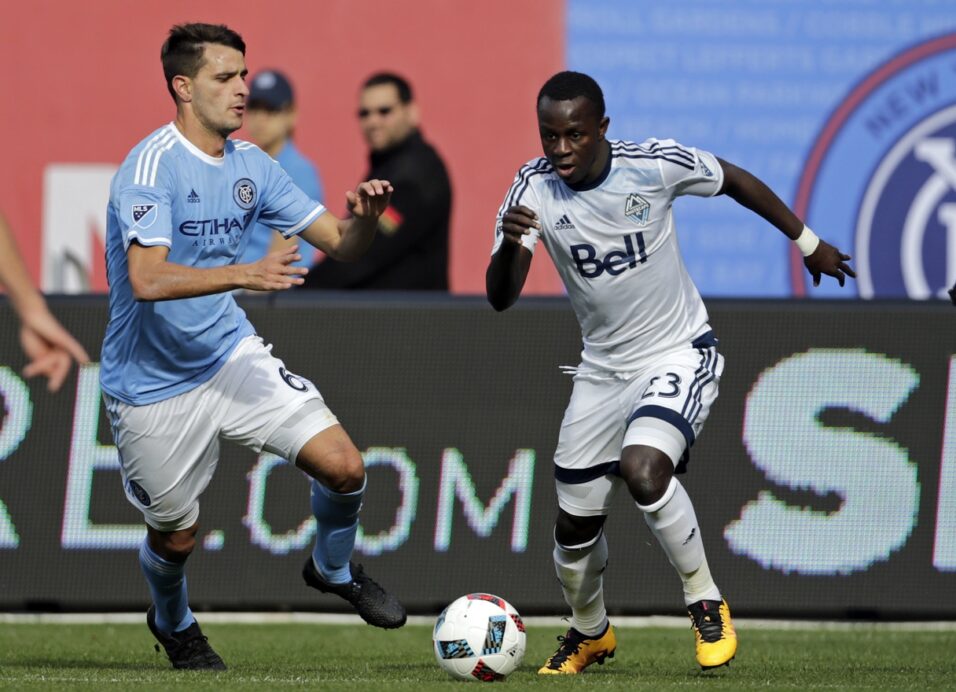 Two MLS forwards have been issued suspensions by the Disciplinary Committee, while the Chicago Fire have finalized all the steps necessary to add a new player.

MLS announced on Wednesday that Vancouver Whitecaps forward Kekuta Manneh has been fined and suspended one game for a dangerous foul on NYCFC midfielder Federico Bravo. The suspension will keep Manneh out for the Whitecaps’ clash with the Portland Timbers. (REPORT)

D.C. United forward Chris Rolfe has also been fined and suspended for one game for a foul on Chicago Fire midfielder Nick Labrocca. Rolfe will miss this weekend’s matchup with NYCFC. (REPORT)

The Columbus Crew have acquired a second round draft pick from the Fire in exchange for the Discovery Priority on midfielder Khaly Lyane Thiam. If Thiam starts 12 games or sees his loan agreement extended or made permanent, the Crew will receive General Allocation Money instead of the pick. (REPORT)

With that settled, the Fire have confirmed the signing of Thiam, who joins on loan from MTK Budapest FC through the end of 2016. (REPORT)

Orlando City’s Pedro Ribeiro will undergo back surgery on Thursday and is expected to miss at least several months. (REPORT)

Former Colorado Rapids forward Gabriel Torres has been linked with a return to MLS with a report saying that D.C. United and Orlando City have registered interest. Torres, who was a member of the Rapids from 2013-15, currently features for Venezuelan club Zamora. (REPORT)

Atlanta United is reportedly in discussions with several domestic and global brands about becoming the team’s jersey sponsor. The team is expected to reveal its inaugural kit and sponsor later this year. (REPORT)

The LA Galaxy were found to be in violation of the league’s mass confrontation policy, while Jelle van Damme and Giovani dos Santos were given fines for escalating the incident. (REPORT)