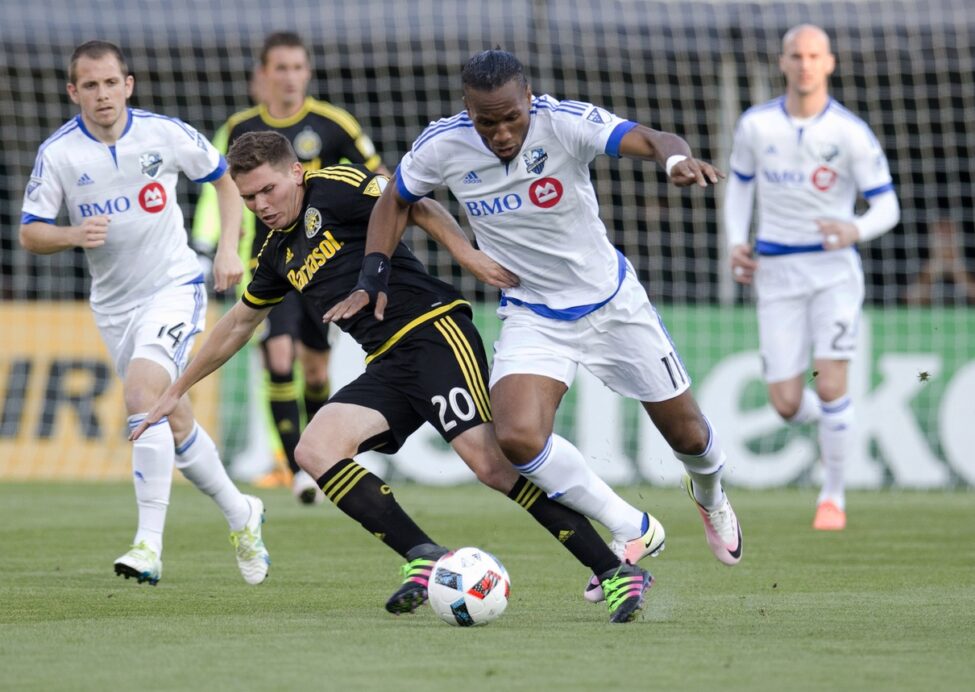 The Colorado Rapids continued their shocking run atop MLS, while the Montreal Impact and Columbus Crew combined to provide one of the season’s most action-packed matches. Here’s a closer look at all of this past weekend’s MLS action:

Orlando City played the New York Red Bulls to a 1-1 draw in a match with a combined eight yellows and on red card. (READ)

A pair of second half goals helped the Vancouver Whitecaps defeat the rival Portland Timbers, 2-0. (READ)

Playing at BMO Field for the first time this season, Toronto FC slipped past FC Dallas, 1-0, on a Tsubasa Endoh goal. (READ)

In Brad Davis’ return to BBVA Compass Stadium, the Houston Dynamo emerged with a 2-0 win over Sporting Kansas City. (READ)

Clint Dempsey and Jordan Morris each scored to lead the Seattle Sounders to a 2-0 victory over the San Jose Earthquakes. (READ)

Jermaine Jones and the Colorado Rapids continued their run atop MLS with a 1-0 victory over rivals Real Salt Lake. (READ)

The Montreal Impact completed a three-goal comeback to earn a road point against the Columbus Crew in a 4-4 tie. (READ)

Robbie Keane marked his return from injury with a pair of goals as the LA Galaxy toppled the New England Revolution, 4-2, at the StubHub Center. (READ)

What did you think of this weekend’s MLS action? What impressed you the most? What was the most worrisome aspect of the weekend’s action?