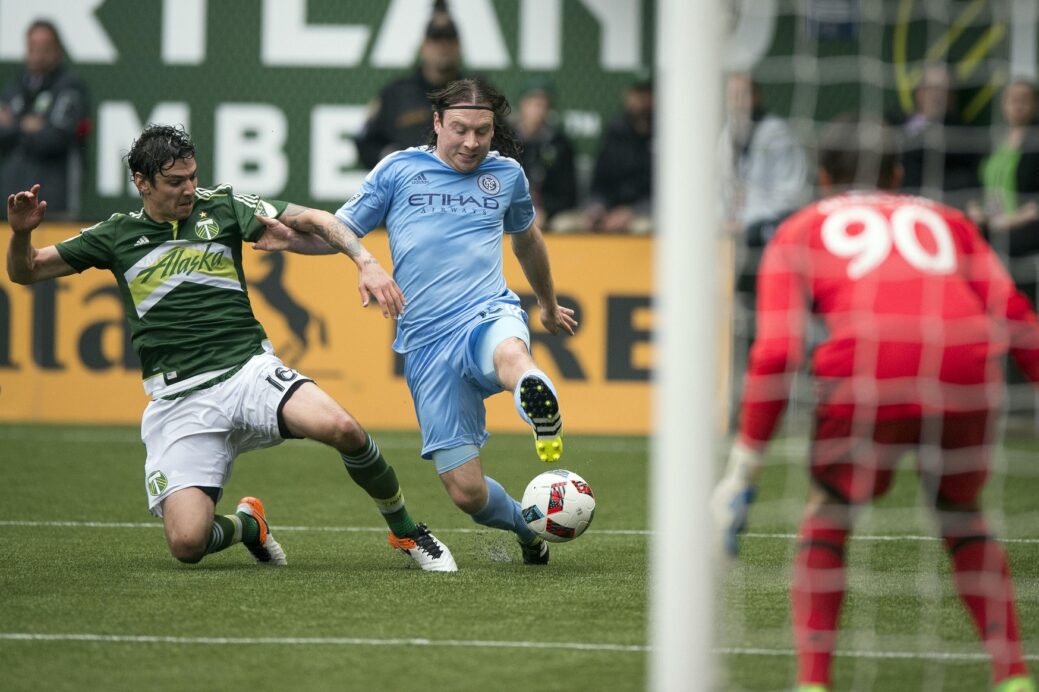 New York City FC picked up their third straight victory on Sunday, giving them a share of the Eastern Conference lead. The Vancouver Whitecaps and Toronto FC, meanwhile, shared some of the weekend’s best moments in a seven-goal affair at BMO Field. Here’s a closer look at all of this past weekend’s MLS action:

D.C. United moved into a playoff position in the East with a 2-0 win over the struggling New York Red Bulls. (REPORT)

C.J. Sapong’s goal in the 24th minute cancelled out a Didier Drogba finish as the Philadelphia Union and Montreal Impact played a 1-1 tie. (REPORT)

The Columbus Crew tied 1-1 against the West-leading Colorado Rapids, their first match since trading Kei Kamara to the Revolution. (REPORT)

The New England Revolution picked up their second win of the season, with a 2-0 victory against fellow Eastern Conference foe Chicago Fire. (REPORT)

Kekuta Manneh showed up in a big way for the Vancouver Whitecaps, scoring twice and adding an assist in a massive 4-3 win over Toronto FC. (REPORT)

FC Dallas continued their impressive home form over the weekend, defeating the Seattle Sounders 2-0 behind goals from Mauro Diaz and Michael Barrios. (REPORT)

Sporting KC battled back for a crucial three points against Orlando City SC, snapping a seven-match winless run in their 2-1 win. (REPORT)

What did you think of this weekend’s MLS action? Which teams looked the most impressive? What was the most worrisome aspect of the weekend?