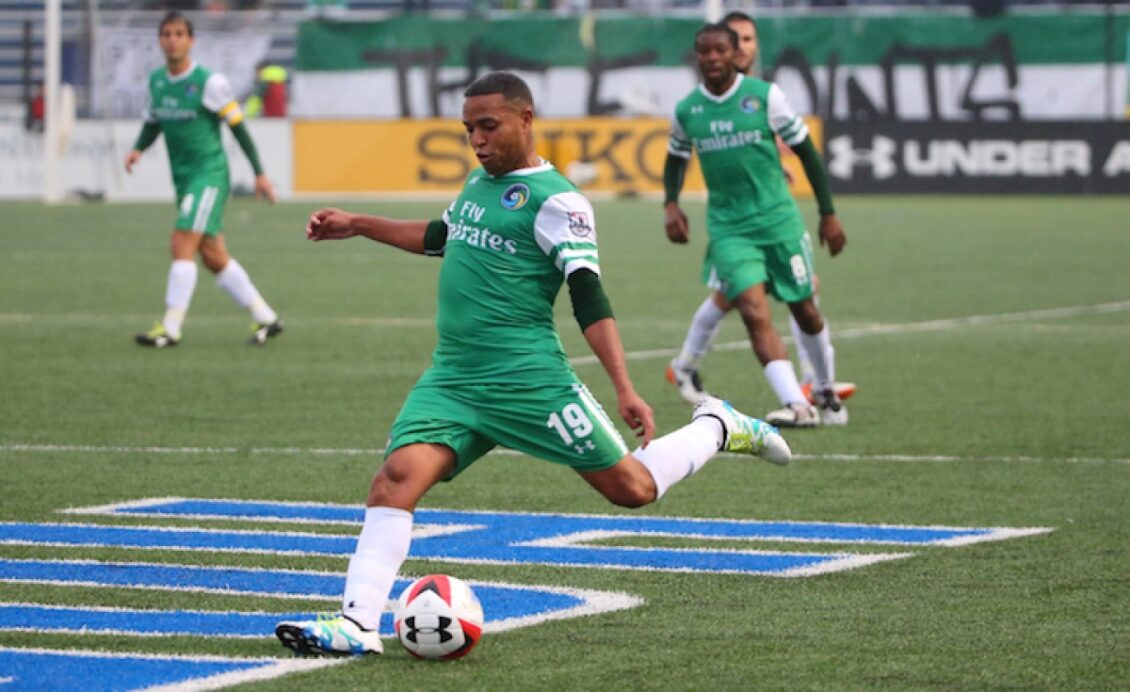 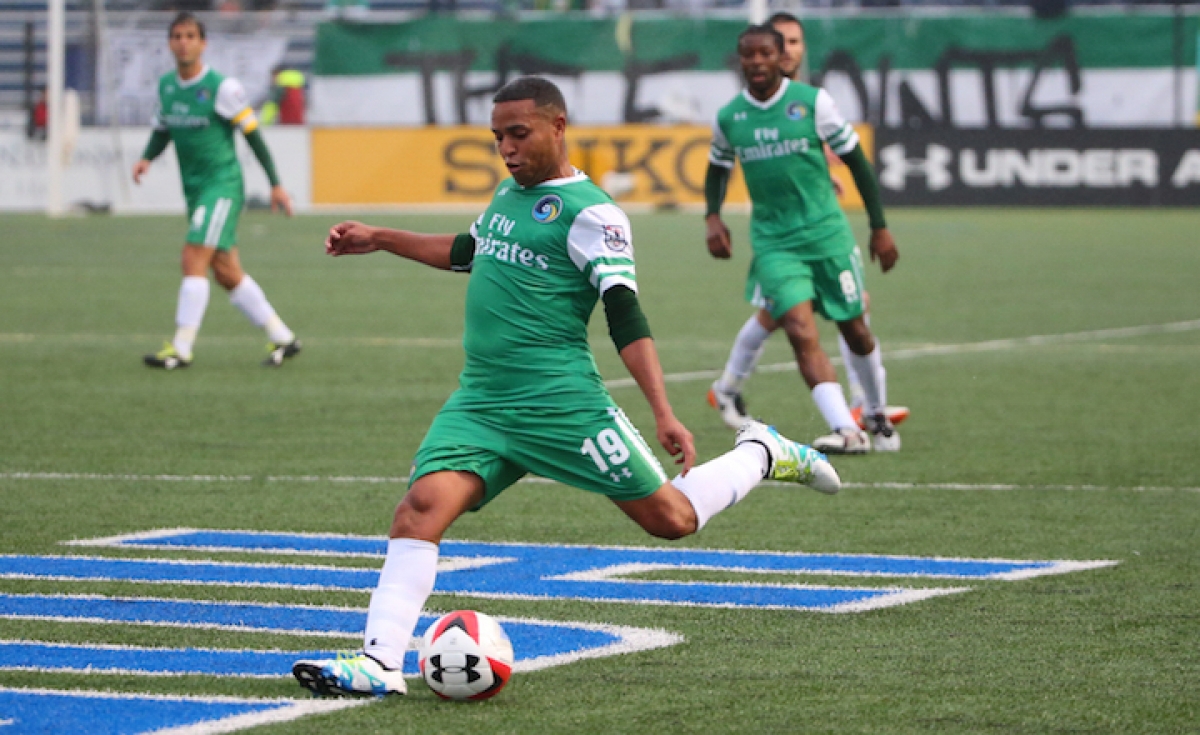 The NASL Spring Season race is back on.

Following a run of two straight defeats, the New York Cosmos toppled the previously-unblemished Carolina RailHawks, 1-0, on Sunday. The win sees the Cosmos move within three points of the league leaders alongside Minnesota United, who remained idle over the weekend.

One unbeaten still remains, as Indy Eleven picked up the club’s second win of the season to preserve the team’s zero in the loss column. Elsewhere, the Tampa Bay Rowdies edged the Fort Lauderdale Strikers and Ottawa Fury FC slipped past Miami FC.

The New York Cosmos needed a win to keep their Spring Season hopes alive, and the reigning NASL champions achieved just that while ending the unbeaten run of the league leaders.

Behind a goal from Yohandry Orozco, the Cosmos topped the Carolina RailHawks, 1-0, at Shuart Stadium. The loss was the RailHawks first of the season after starting their 2016 campaign with four straight victories.

Orozco’s decisive finish came just moments before halftime. Making his first start for the club, Orozco darted past several RailHawks defenders before rifling a shot past goalkeeper Brian Sylvestre. On the other end, Cosmos goalkeeper Jimmy Maurer made a trio of second half stops to preserve the hosts’ advantage.

Following the weekend’s action, just one team remains unbeaten, and it is one that comes as a surprise to many.

Indy Eleven kept their unbeaten run in tact with a 2-1 defeat of Rayo OKC on Saturday. The victory sees Indy move into fourth place, while Rayo OKC remains in sixth following the defeat.

After taking the lead in just the seventh minute on a Jair Reinoso, Indy Eleven saw their advantage squandered with a 26th minute tally from Michel. The deadlock lasted until the 77th minute, when Nemanja Vukovic powered home the winner on a free kick.

The Tampa Bay Rowdies did just enough to capture all three points against one of their most historic rivals.

Neill Collins netted the game’s lone goal to lead the Rowdies to a 1 -0 victory over the Fort Lauderdale Strikers on Saturday. The win sees the Rowdies bounce back rom a 3-1 defeat to the RailHawks last time out, while the Strikers remain winless through four games.

Against the run of play, Collins earned his side the victory with a finish in the 78th minute. The defender rose above the Strikers defense before heading home a cross from Eric Avila for his first NASL goal. Defensively, the Rowdies benefitted from a first half penalty kick miss Maicon Santos that preserved th clean sheet.

Ottawa Fury FC had to wait a few extra weeks for the club’s home opener, but the return to TD Place also produced the club’s first win of the season.

Facing off with still-winless Miami FC, Fury FC emerged with a 2-0 victory on Saturday. The win sees Fury FC collect the club’s fourth point of the year, while Miami FC remained idle on two through five games.

The scoring was opened in the 25th minute as defender Timbó pounced on a loose ball to give the hosts the lead. In second half stoppage time, Dennis Chin sealed the result with an insurance finish that assured victory for the Canadian club.