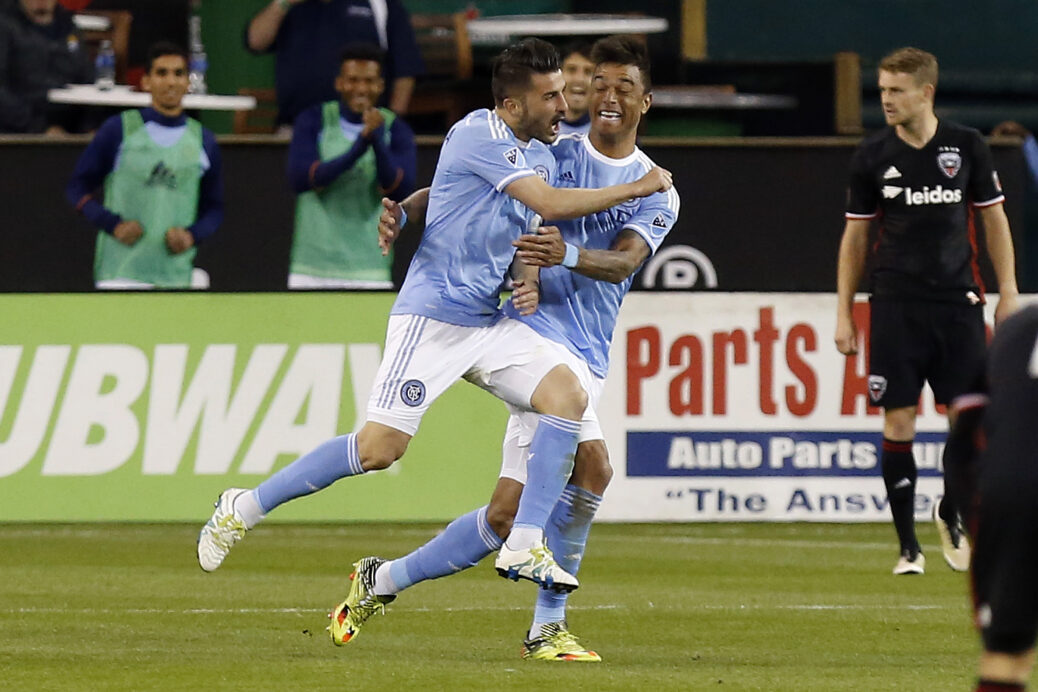 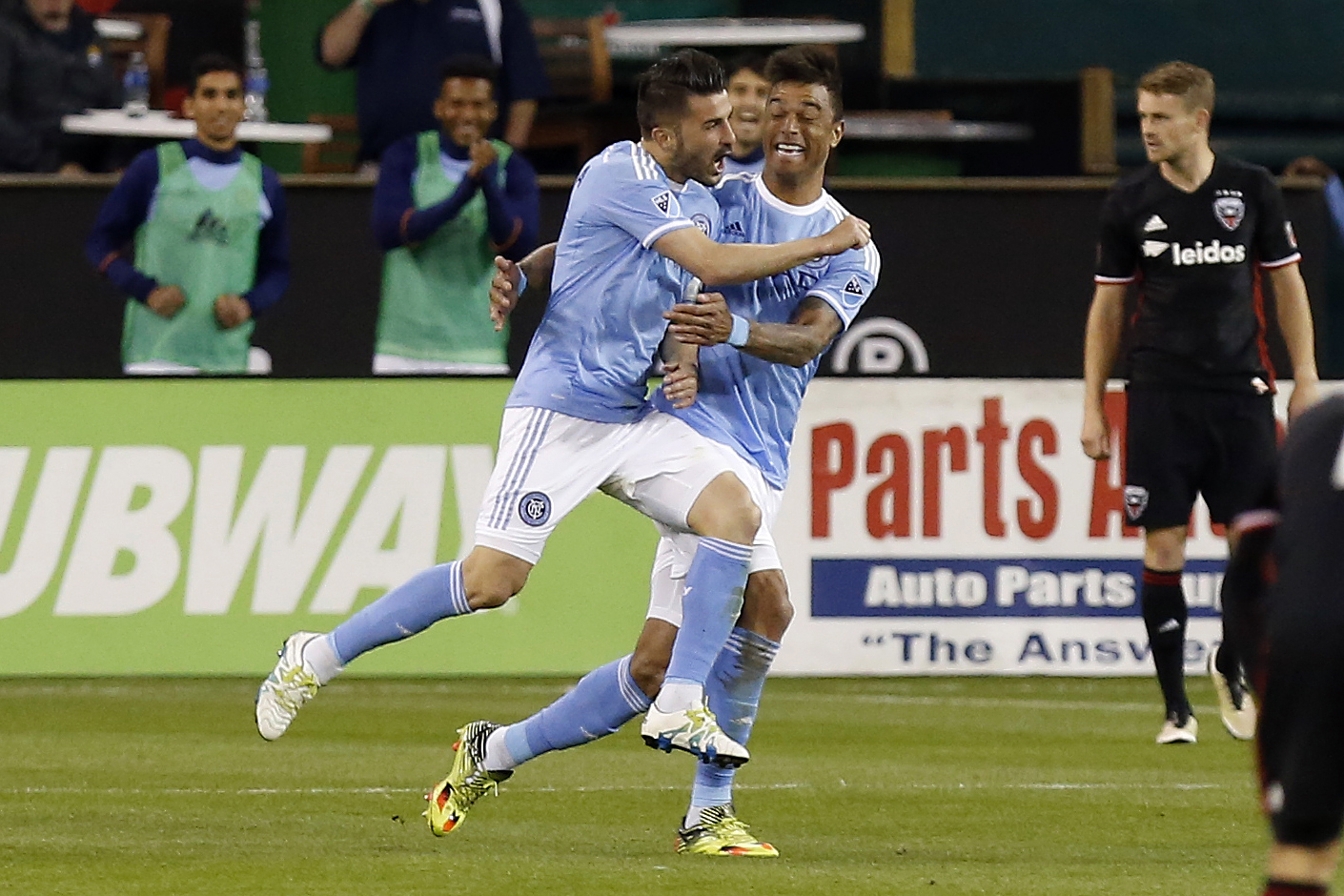 WASHINGTON—Unlike D.C. United’s makeshift attack, David Villa knows how to find the back of the net.

An early second-half blitz by New York City FC was too much for a misfiring D.C. United, as the visitors won, 2-0, on Sunday night in the nation’s capital. After a first half marked by wasted opportunities by the hosts, goals by David Villa and Khiry Shelton shortly after the start of the second half were enough to see NYCFC win for the second straight time.

While NYCFC dominated possession in the first half, it was D.C. United which had—and wasted—the better chances. Alvaro Saborio—starting in place of the injured Fabian Espindola—should have had a brace by halftime, but missed two clear-cut chances. In the 32nd minute, Lamar Neagle delivered a low cross to the middle of the box, but Saborio’s shot was sent high over the crossbar. Neagle again found Saborio in the 38th minute, delivering an inch-perfect through ball that left Saborio alone behind the defense, but his attempt to round Josh Saunders was smothered by the NYCFC goalkeeper.

David Villa opened scoring for the visitors in the 49th minute when Thomas McNamara redirected a low cross into the box from Khiry Shelton back to the waiting Villa, who fired low and hard, beating D.C. United goalkeeper Travis Worra to his right.

In the 53rd minute, Bobby Boswell attempted to clear the ball from danger, but his weak clearance was collected 25 yards out by Ronald Matarrita, who crossed the ball back into the six-yard box. Khiry Shelton leaped up and over the stationary defense and headed the ball in for his second goal of the season.

Both D.C. United and NYCFC entered the match hoping to continue their recent rise in form. D.C. United’s draw last week in Chicago was their fourth result out of their last five matches. NYCFC’s last-minute win last week against The Vancouver Whitecaps ended a seven-game winless streak.

D.C. United were without two key attacking threats for the match, as Chris Rolfe was serving a one-game suspension for a challenge late in the first half of a 1-1 draw at Chicago on Saturday. In addition, Fabian Espindola did not dress for the match, despite testing his injured hamstring on the field before the game.

The win gives NYCFC 13 points through 10 games, and their first winning streak of the season. D.C. United remains on 10 points, just out of a playoff spot in the very early stages of the 2016 MLS Season.

Next weekend, D.C. United will welcome the New York Red Bulls on Friday, while New York City FC travels to Portland to play the Timbers on Sunday.

Khiry Shelton continues to shine for NYCFC, adding another assist (4) to his impressive early season numbers. His 53rd minute goal was his second of the season.

As the second half began, the main question was whether or not D.C. United would rue it’s plethora of missed first-half chances. Within the first ten minutes of the second half, we had an answer to our question—and a winner of the match.