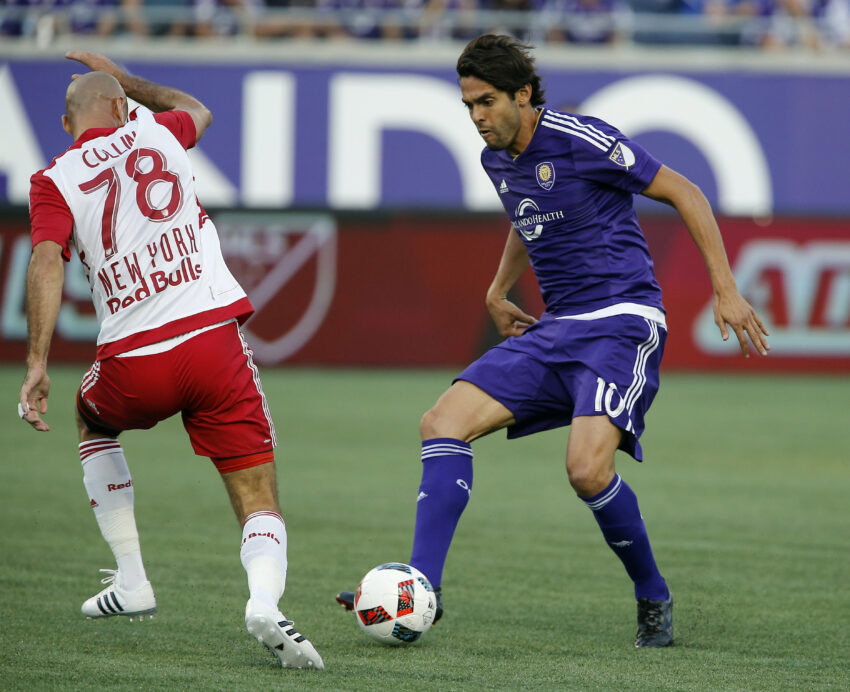 The New York Red Bulls and Orlando City had played against each other just two weeks ago, and that was evident on Friday when they met again in a chippy encounter that ended in a deadlock.

The Red Bulls and Orlando City played to a 1-1 draw on Friday night in a testy Eastern Conference contest at Camping World Stadium in Orlando, Florida. Bradley Wright-Phillips scored the opener 19 minutes in, but the Lions canceled that out through Kevin Molino in the 67th minute.

Orlando City finished the match with 10 men after Cristian Higuita was sent off with a straight red card for a tackle on Sacha Kljestan, but the Colombian was just one of many players to enter referee Ted Unkel’s book.

The two teams, which last met on April 24 when the Red Bulls grabbed a controversial 3-2 win at home, combined for 34 fouls and eight yellow cards. Among the players booked was centerback Aurelien Collin, who made his Red Bulls debut as a starter a week after being traded by Orlando City.

Sacha Kljestan. The Red Bulls veteran continued his recent run of good form with a solid showing in midfield. Kljestan set up Bradley Wright-Phillips’ opener in the first half with a perfectly-weighted through ball, and could have had another assist on a potential game-winner in the 75th minute. He also drew the late red card on Cristian Higuita.

Even at 1-1 after Kevin Molino’s equalizer, the Red Bulls nearly took another lead 15 minutes from time on a play that saw Kljestan cut a pass back to an open Felipe.. The ensuing shot was blocked, however, by Rafael Ramos just feet from the goal line, leaving the two sides to split the points.

Cristian Higuita. Not only did Orlando City have some issues with the Red Bulls’ midfield, but Higuita was also sent for an early shower after committing a slide tackle on Kljestan. Combine that with the 12 missed passes that Higuita had, and it was far from a memorable day for the Colombian.