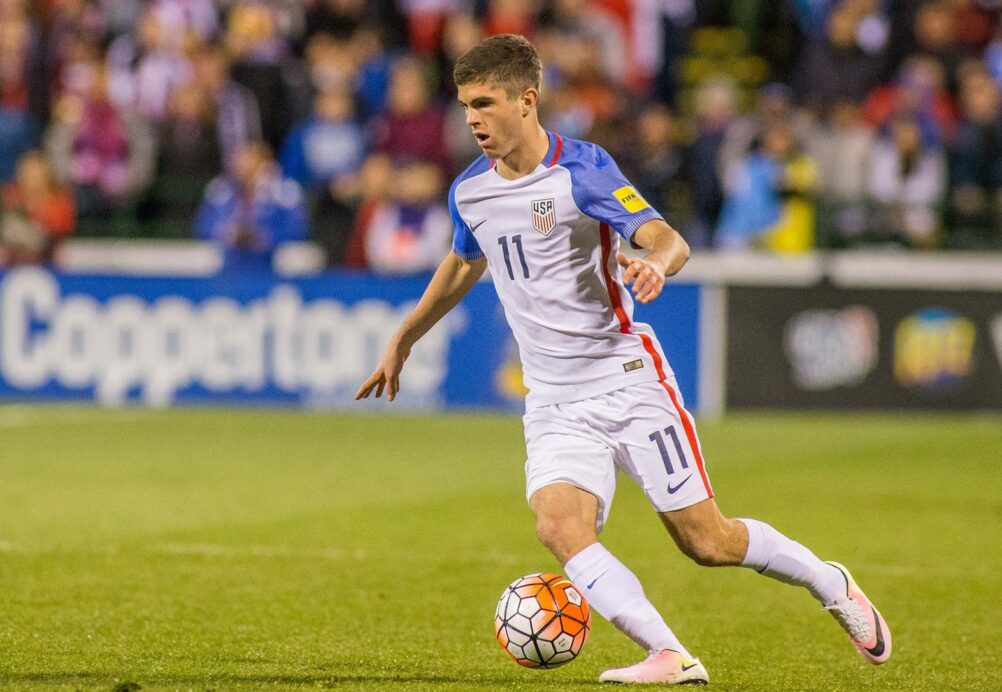 The Copa America Centenario is a little more than a month away, and Jurgen Klinsmann has made some intriguing decisions for his preliminary roster.

Headlining the U.S. Men’s National Team roster are Christian Pulisic of Borussia Dortmund and Jordan Morris of the Seattle Sounders. The 17-year-old attacker has featured often in the German Bundesliga for Dortmund since the beginning of 2016, while Morris has scored three goals in his previous three games in MLS.

Perry Kitchen, who has established himself as a key contributor for Heart of Midlothian in the Scottish Premier League this year, also makes the cut in the midfield.

Klinsmann will have to reduce his roster to 23 players by May 20, with the U.S. playing the first of three pre-Copa America friendlies on May 22 against Puerto Rico.

The USMNT begins its group stage competition against Colombia on June 3.

Here is the USMNT’s preliminary roster:

What do you think of the preliminary roster? Who are the surprise additions?