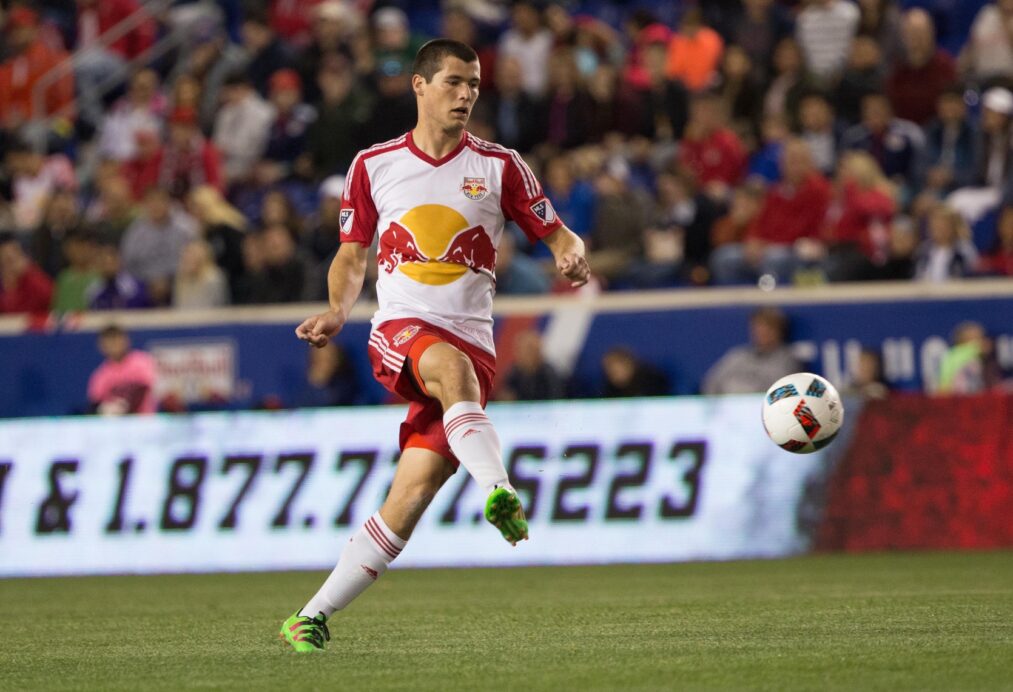 Karl Ouimette’s loan to New York Red Bulls II turned ugly as the Canadian defender was forced to leave the field on a stretcher after an ugly assault by an opponent.

Facing off with the Pittsburgh Riverhounds, Ouimette was kicked in the back by Pittsburgh forward Romeo Parkes shortly after being shown a red card in what turned out to be a 3-1 win by Red Bulls II.

The incident was preceded by an 86th minute scuffle following a tackle from fellow Red Bulls first-teamer Tyler Adams, with both Ouimette and Parkes earning red cards for their role in the incident. As Ouimette was walking off the field, Parkes thrust his spikes into the back of the Red Bulls defender with a vicious kick, prompting medical personnel onto the field to attend to the injured Ouimette.

Parkes, who has made four appearances for the Jamaican national team, is on the Reggae Boyz’s preliminary roster for this summer’s Copa America.

Here’s a video of Saturday’s incident:

What do you think should happen to Parkes? Can you recall seeing a player assault an opponent that way before?