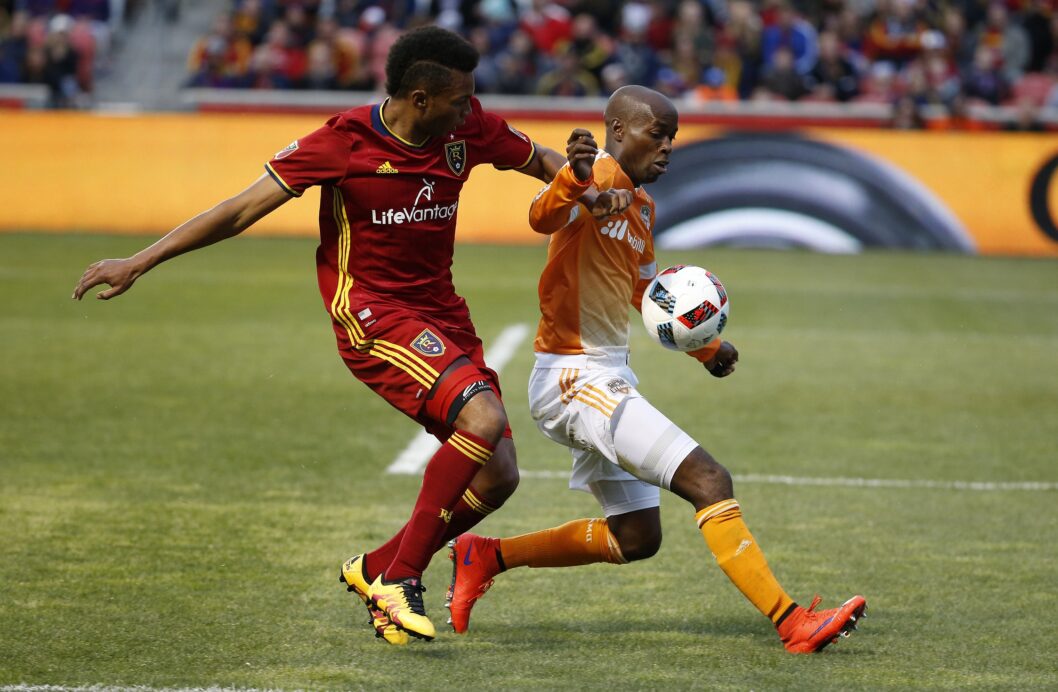 Nick Rimando has been making big-time saves for years now, and his incredible double save against the Houston Dynamo saw Real Salt Lake secure its fifth win of the young MLS season.

While Rimando preserved the victory with his late-game heroics, Real Salt Lake was in a hole in second half. However, Jordan Allen sparked a comeback 2-1 victory, as he and Yura Movsisyan scored the club’s two goals at Rio Tinto Stadium.

Allen smashed in his first goal of the season in the 62nd minute after receiving a pass into space from Justen Glad at the top of the penalty box. Eight minutes later, the 21-year-old Homegrown recorded a secondary assist. Allen played a perfectly-weighted through ball in behind the back line for Demar Phillps, who sent a low cross into the penalty box for Movsisyan to score.

That gave RSL the 2-1 advantage, as a deflected shot from Leonel Miranda beat Rimando in the 52nd minute of the match.

The RSL goalkeeper would not be beaten again, though, as he made a fingertip save and saw a shot from Andrew Wenger blast off his face to preserve the victory at home.

Joe Willis, to his credit, made two fantastic saves of his own during the contest. Juan “Burrito” Martínez had two clear shots on frame in the 16th minute, but the Dynamo netminder stood tall and stopped both chances.

The Dynamo, now winless in their past six games, will head home to host Sporting Kansas City on Saturday, while Real Salt Lake will travel to play the Colorado Rapids that same day.

Nick Rimando and Jordan Allen both did enough to earn Man of the Match honors on Saturday, but the latter’s play in the final third sees him edge his teammate. Allen powered in a quality shot to tie the game eight minutes after the Dynamo scored, and his lovely through ball led to the game-winner by Yura Movsisyan.

Nick Rimando’s face produced the best save and moment of the game. The U.S. Men’s National Team goalkeeper had just made a fingertip save to deny Leonel Miranda when the ball fell in front of goal. Andrew Wenger was on the doorstep and had plenty of time and space to smash the ball in for the game-tying goal, but Rimando rushed across the goal line and put his face in the line of fire to deny him.

As a team, the Dynamo fouled RSL 17 times on Saturday. Forward Giles Barnes committed more (4) fouls than any of his teammates, and he failed to score for a third consecutive game.