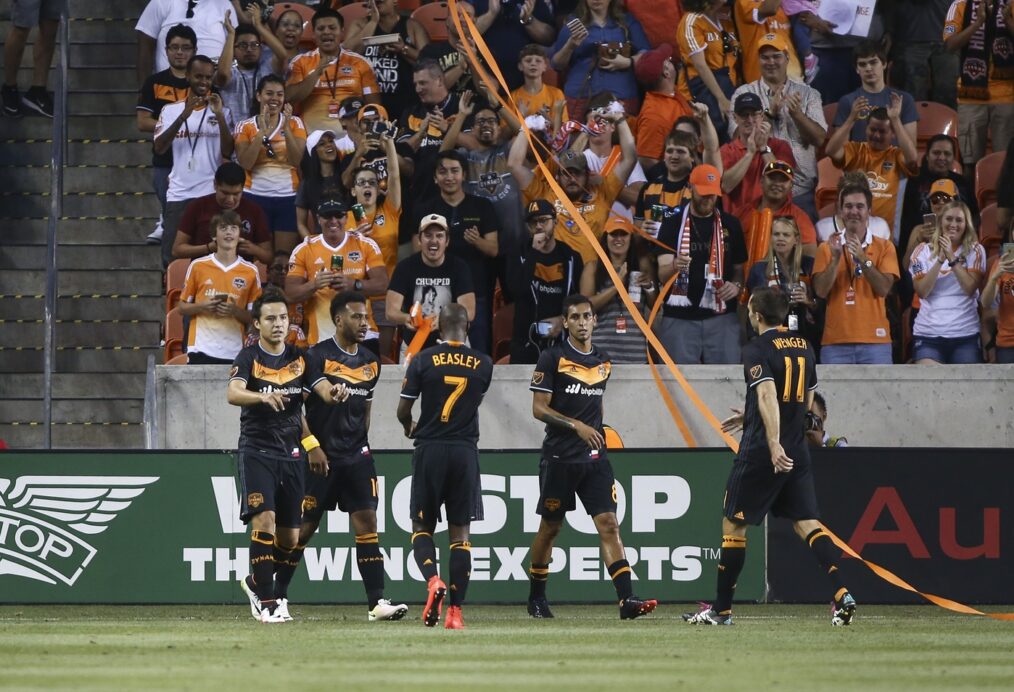 The Houston Dynamo were stuck in a bit of a rough patch, but the Texas club will hope a statement win over Sporting Kansas City can serve as a sign of things to come.

Following a run of six games without a win, the Dynamo secured victory while also preserving a clean sheet in a 2-0 triumph over Sporting Kansas City. The win finally puts the Dynamo back on the right track, while also earning the team honors as SBI MLS Team of the Week.

Facing a rival, as well as a familiar face in Brad Davis, the Dynamo jumped into the lead in the 30th minute on a goal from Giles Barnes. The Jamaican then played a role in the Dynamo’s second, a gut punch just before halftime from Andrew Wenger. Add in the impressive performance from Erick ‘Cubo’ Torres and a rare clean sheet and Saturday’s performance was exactly what head coach Owen Coyle could have asked for following such a dire run.

The Dynamo edged out the Colorado Rapids and the LA Galaxy for this week’s honors.

What did you think of the Dynamo’s performance? Which team stood out to you this past weekend?