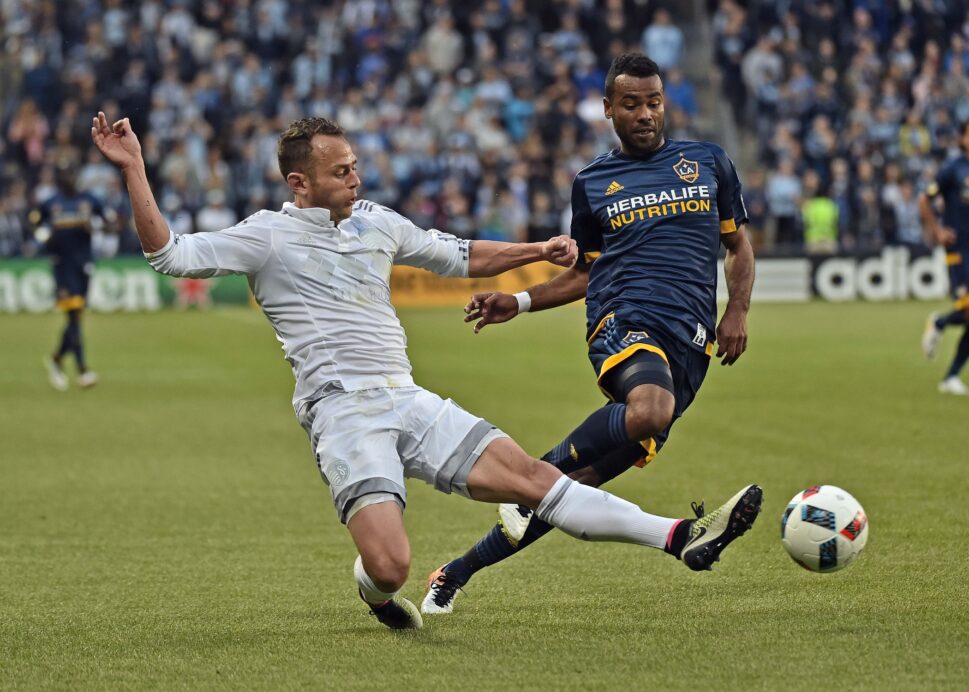 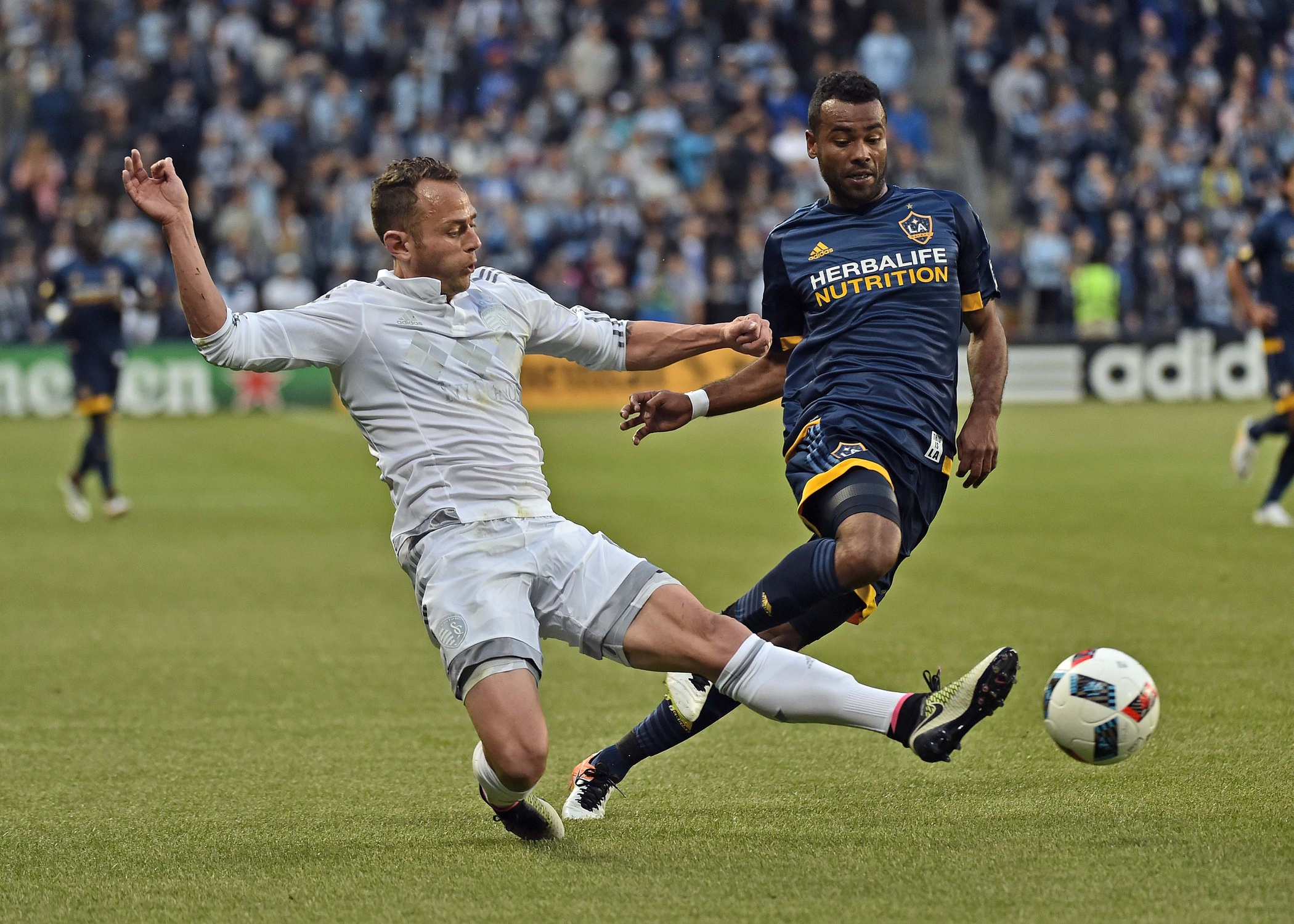 KANSAS CITY, Kansas — Despite out-shooting the LA Galaxy 15-4, and despite holding a man advantage for the final 20 minutes of Sunday’s Western Conference showdown, Sporting Kansas City was still unable to deliver a victory.

Ashley Cole’s pair of yellow cards left the Galaxy down a man, but Sporting KC couldn’t capitalize, settling for a 1-1 tie on Sunday night at Children’s Mercy Park.

The golden moment for the LA Galaxy came with a breakaway goal scored by Giovani Dos Santos. After a set piece on the other end, Gyasi Zardes launched a well-placed pass to the feet of Dos Santos, who raced in on goal and chipped the ball over Sporting KC goalkeeper Tim Melia to even the match at 1-1 just before halftime.

Dos Santos’ goal answered an equally impressive 30th minute strike from Brad Davis which put Sporting 1-0 up. Davis sent a curling shot to the far post from about 20 yards away. Galaxy goalkeeper Brian Rowe lunged for the ball but Davis’s shot was well out of reach and into the top corner.

Sporting KC created more chances throughout the match, and looked poised for a win when Cole drew yellow cards just seconds apart, fist for time-wasting, then for a studs-up challenge on Benny Feilhaber. Unfortunately for Sporting KC, the man advantage didn’t lead to a game-winning goal.

Offseason pickup Justin Mapp saw his first minutes as a Sporting KC player after being subbed into the match in the 82nd minute. Sporting KC chased a goal down to the last moments of the game but to no avail.

Gyasi Zardes delivered the pass of the night, finding Gio Dos Santos with a long-range pass that set up the Galaxy’s lone goal. Just as important was the considerable amount of defensive work Zardes put in to help the Galaxy earn a point, even after going down a man for the final 20 minutes.

Playing without Steven Gerrard, the Galaxy had a tough time defending the powerful, and now healthy, Sporting KC attack. Standing strong through the limited opportunities to score was important, but few could replicate the chipped goal scored by Giovani Dos Santos to level the score at 1-1.

In a match controlled by Sporting from the first whistle, Dom Dwyer was ice cold in front of goal today. Given plenty of crosses and passes into the box, Dwyer didn’t have the touch or the speed he can typically bring to the table for Sporting KC.