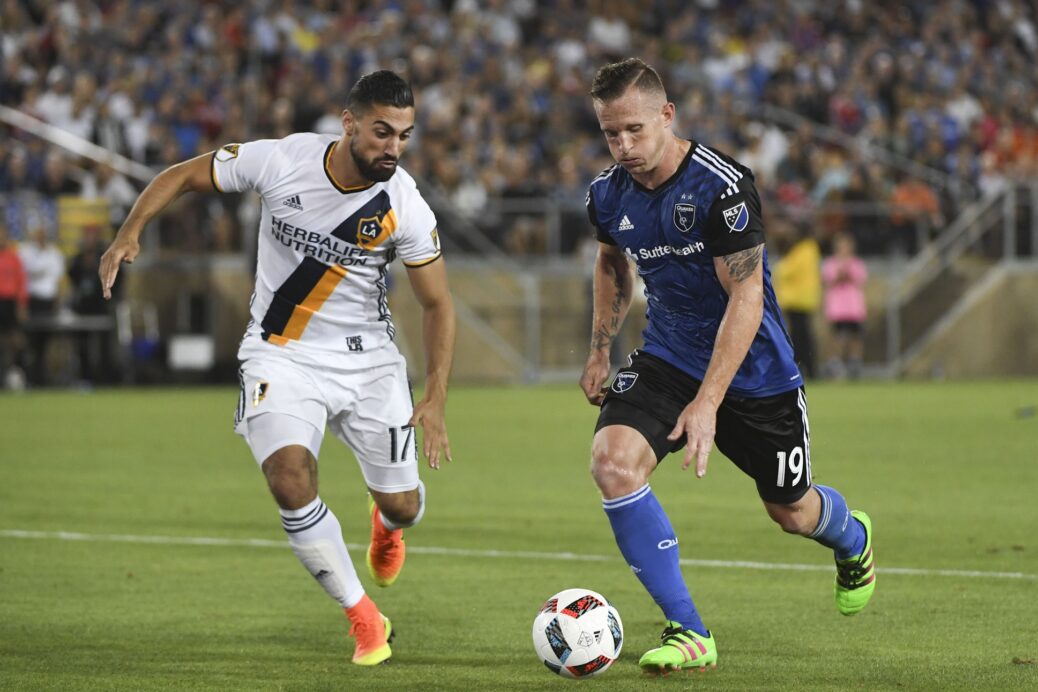 The Cali Clasico tends to be one of MLS’ most compelling rivalries, and Saturday’s chapter proved no different.

Chad Barrett’s 90th minute equalizer earned the San Jose Earthquakes a 1-1 draw against the rival LA Galaxy in front of over 50,000 fans at Stanford Stadium.

Barrett, a former Galaxy striker who joined the fray in the ninth minute due to an injury to Victor Bernardez, had twice seen shots denied by the crossbar, but the Earthquakes forward made no mistake with his late leveler. Played in on a Shea Salinas free kick, Barrett rose above the Galaxy defense and tucked his header just inside the post, earning the Earthquakes yet another miraculous result against their in-state rivals.

Giovani dos Santos proviced the opening goal in the 69th minute, giving the Galaxy the lead after being largely outplayed through the first half. The sequence was capped by a spectacular cross from Steven Gerrard, who picked out dos Santos between several Earthquakes defenders. The Mexican star headed home from the center of the box, giving the Galaxy the lead with his seventh goal of the season.

It was the Galaxy’s first goal in three games, but it would not hold, as the Galaxy and Earthquakes picked up their 23rd and 22nd points of the season, respectively.

The Galaxy take the field on Wednesday against the Portland Timbers  in U.S. Open Cup action, while the Earthquakes resume on Friday with a visit to the Chicago Fire.

Chad Barrett was a menace throughout Saturday’s rivalry clash, peppering the crossbar before finally breaking through with the late leveler.

Barrett’s 90th minute goal earned his side a split of the points while writing the latest chapter in a rivalry filled with miraculous endings.

With the match winding down in the 97th minute, Ashley Cole earned himself a pair of quick yellows, prompting a dismissal that could have burned his team late as well as a needless upcoming suspension.