Colombia advances to knockout round with narrow win over Paraguay 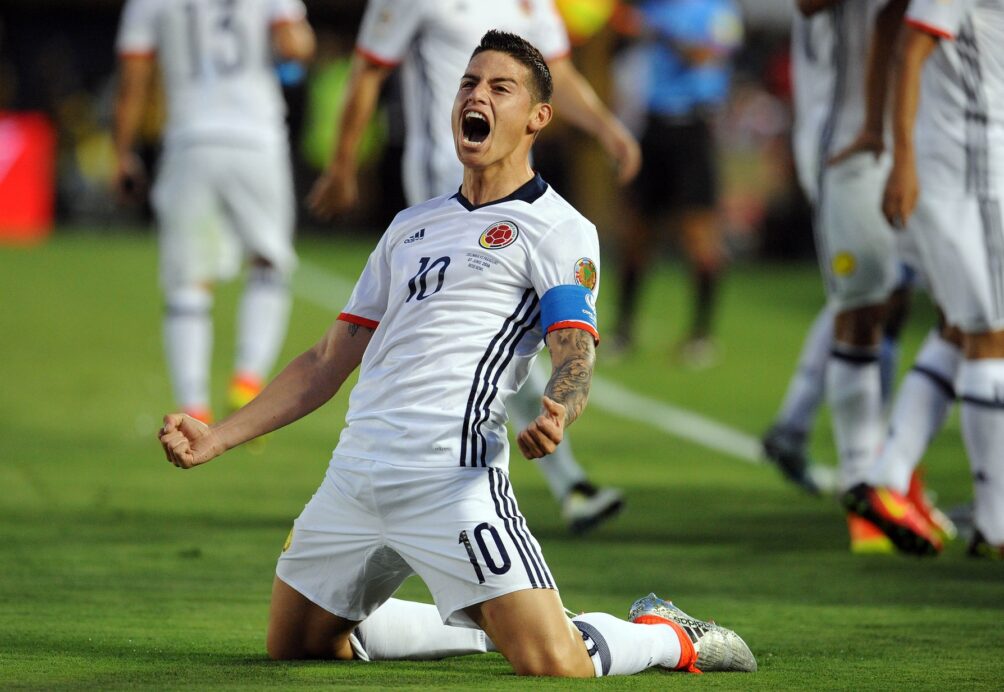 Colombia cruised through their Group A opening win over the U.S. Men’s National Team, but Paraguay’s effort against Los Cafeteros gave the world’s third best side everything they could handle.

A goal and an assist from star attacker James Rodriguez paced Colombia in their narrow 2-1 win over Paraguay on Tuesday night, as the Colombians captured the first spot in the quarterfinals.

Although his status was in question heading into the match after suffering a shoulder injury against the U.S., James Rodriguez showed no lingering signs of distress on Tuesday night.

The 24-year-old playmaker didn’t take long to add to his goal total when he extended the Colombia lead to 2-0 at the half hour mark. Los Cafeteros were firing on all cylinders as Rodriguez received the ball inside the Paraguay box and fired past goalkeeper Justo Villar.

The Paraguayans found a lifeline through Victor Ayala’s glorious strike in the 71st minute from distance, however, his brilliance wasn’t enough to complete the comeback.

Rodriguez was active throughout the match, though, setting up the game’s first goal in the 12th minute off of a corner kick.

The Real Madrid attacker found a heavily-marked Carlos Bacca in the penalty area, who went above his defender to out-muscle the player and head the ball into the back of the net for the early advantage.

Paraguay was held for most of the first half, but the South Americans found their way into the game in the 34th minute off of a set piece. Oscar Romero’s free kick found a streaking Paulo Da Silva in the box before the defender headed it home. Unfortunately for La Albirroja, the finish was waved off after an offsides decision.

Dario Lezcano nearly found an opener for the Paraguayans on the stroke of halftime, when the striker’s free kick struck the bar from just outside the penalty area. Keeper David Ospina may have gotten the slightest touch on the effort, but the Colombians carried the lead into the break anyway.

Ospina was tested several times throughout the night, but the 27-year-old made his most crucial intervention in the 62nd minute when Romero’s header was directed towards the top corner.

Paraguay was reduced to 10 men with nine minutes remaining, when Romero received his second yellow card in a span of two minutes. The midfielder will miss the team’s final group stage match against the U.S. because of the one-game suspension.

Despite clinching a place in the final eight, Colombia will close out group play against Costa Rica on Saturday, while Paraguay will fight to remain in the tournament as they take on the United States.

Whether he was still injured or not, you certainly couldn’t tell by James Rodriguez‘s play on Tuesday. The Colombian attacker posted a goal and an assist after his status was in question before the match began.

Goalkeeper David Ospina made several key saves on the night, but none bigger than his acrobatic effort to deny Oscar Romero just before the hour mark.

Dario Lezcano did a lot of things right on the night, including his first half free kick that struck the bar. However, the striker simply couldn’t do enough to find the back of the net.