Ecuador’s Quinteros does not mince words over controversial call 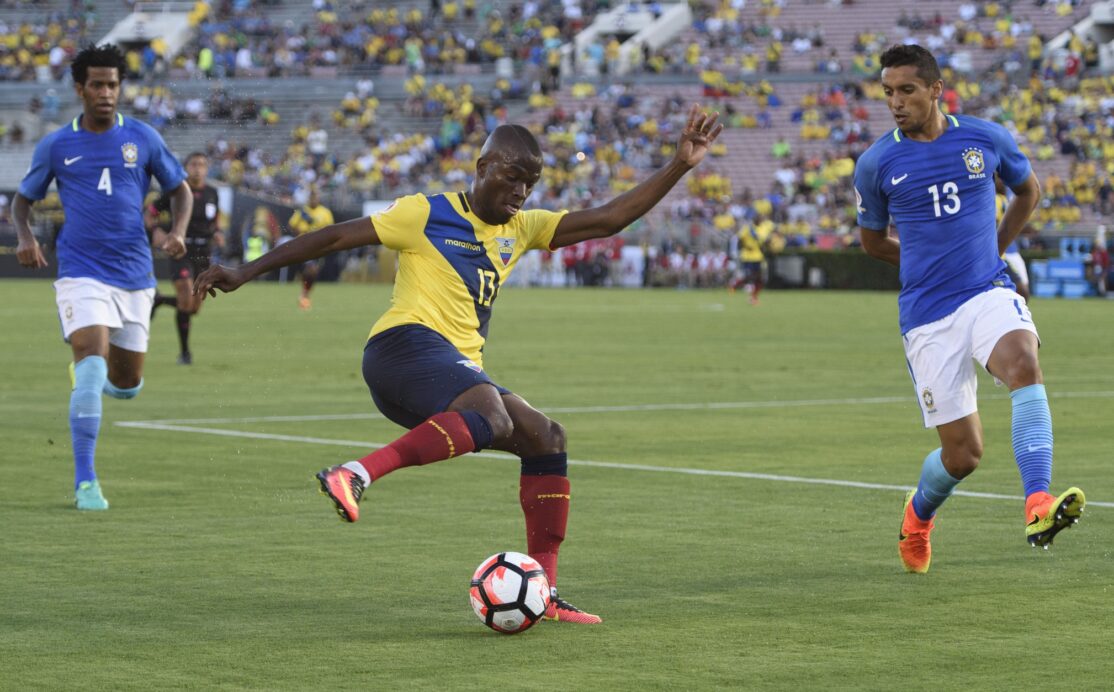 Pasadena, Calif. – Ecuadorian head coach Gustavo Quinteros got right to the point in his post match press conference in the bowels of the Rose Bowl after his team’s 0-0 draw against South American giants Brazil.

“With a bionic look, the referee decided to invalidate the goal,” Quinteros quipped.

The call in question happened in the 66th minute, when Ecuadorian attacker Miler Bolaños flew past Brazilian defender Felipe Luis, then fired a wishful shot from the endline at the goal.  Brazilian goalkeeper Alisson, partially obstructed by his own goal post, fumbled the ball, and it bounced through is arms and trickled into the net.

The Ecuadorians erupted in celebration.  The Brazilians were stunned.  But it all only lasted a moment, until referee Julio Bascuñan ran in and waved off the goal, pointing to his assistant referee on the far side of play, who had raised his flag, indicating that he had seen the ball cross the endline before Bolaños shot.

Quinteros launched into diatribe that had some reporters laughing, and others looking on in surprise.

“I saw it twenty five times on video just now, and the ball never went out completely.  Maybe 70 percent the ball went out of bounds,” Quinteros said. “The assistant referee was so sure of the play he called even though then we can see that it wasn’t what he saw.  And he’s so sure of himself, even though he’s fifty, sixty meters away.  If he had been closer, then I guess we wouldn’t be so angry.”

Not content simply to call out the referee’s competence, Quinteros added dose of conspiracy to his tirade.

“I just saw the replay several times, and unfortunately the referees again make a mistake in favor of the stronger team,” Quinteros said. “In fact, if the play had been on the other side, we doubt very much that the referee would have decided to invalidate that goal.  So we’re very angry about that.”

It is unclear whether Copa America officials will censure Quinteros for his remarks, or if he’s simply added a little spice to the tournament.  Regardless of the invalidated goal, it was a positive result for his side, who will meet arch-enemy Peru in Arizona in four days’ time.

“All that effort, all that work, and we get a goal taken away from us,” concluded Quinteros. “In any case, we’re very happy with the way the team played, and we’re ok with the result.”