Crew, TFC fight through weather delay, but settle for tie 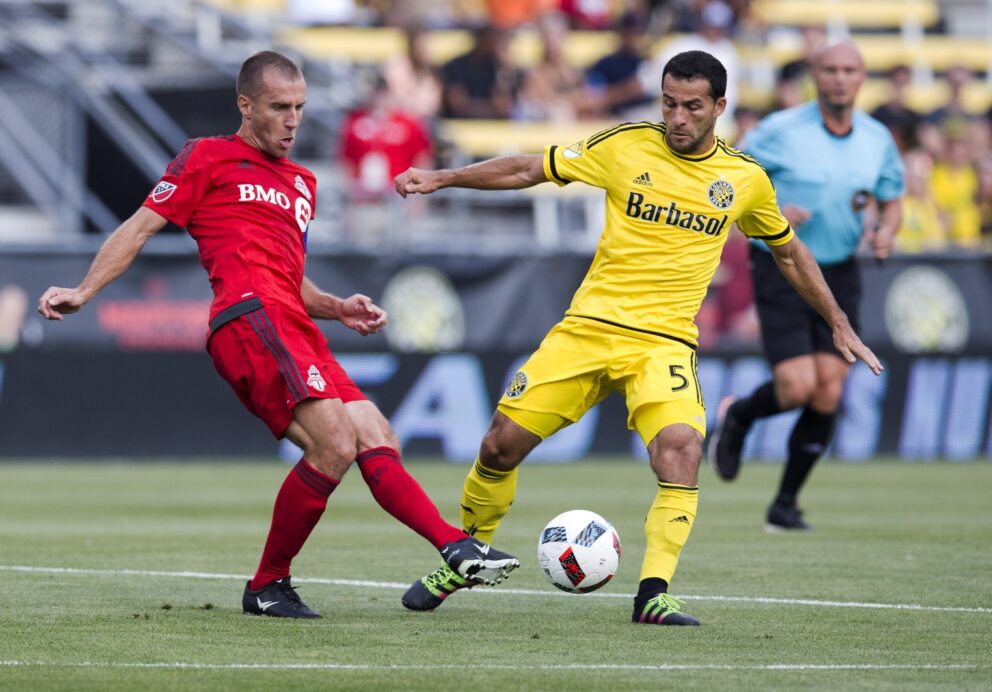 Both the Columbus Crew and Toronto FC battled the elements, but neither side could earn three points from Wednesday’s Eastern Conference clash.

Playing without Sebastian Giovinco, Toronto FC came from behind to earn a road point in a 1-1 tie with the Columbus Crew at MAPFRE Stadium.

Following an extended weather delay, Harrison Afful pushed the Crew into the lead with a goal nine minutes into the second half. The fullback’s rocket of a shot slid past an offside Ola Kamara and past Alex Bono, giving the Crew a controversial opener.

Jordan Hamilton added his third goal in four games 10 minutes later, pushing the scoreline to one apiece. The Homegrown forward was played in alone by Jay Chapman, leaving Hamilton alone on Steve Clark for a simple finish.

The first half proved slightly uninspiring, as Toronto FC struggled to break down the Crew backline. Meanwhile, the hosts lofted cross after cross up and over the box, leading to a frustrating start for both sides.

The Crew’s best chances fell to Justin Meram, who skied an open header up and over the bar just minutes before halftime. Several moments earlier, Meram saw a shot parried away by a diving Bono, sending the game into the locker room level.

Afful and Hamilton exchanged goals in the second 45, earning the Crew their fourth straight draw while extending TFC’s unbeaten run to three straight.

The Crew return to action on Saturday against D.C. United, while Toronto FC visits the San Jose Earthquakes that same day.

Benoit Cheyrou provided the secondary assist on TFC’s goal, but the Frenchman was pivotal throughout Wednesday’s clash. Anchoring a team that was without virtually all of its big names, Cheyrou provided leadership and consistency in the middle to earn his side a tie.

Jordan Hamilton showed the experience of a veteran, darting into open space to score on what was TFC’s best opportunity of the night.