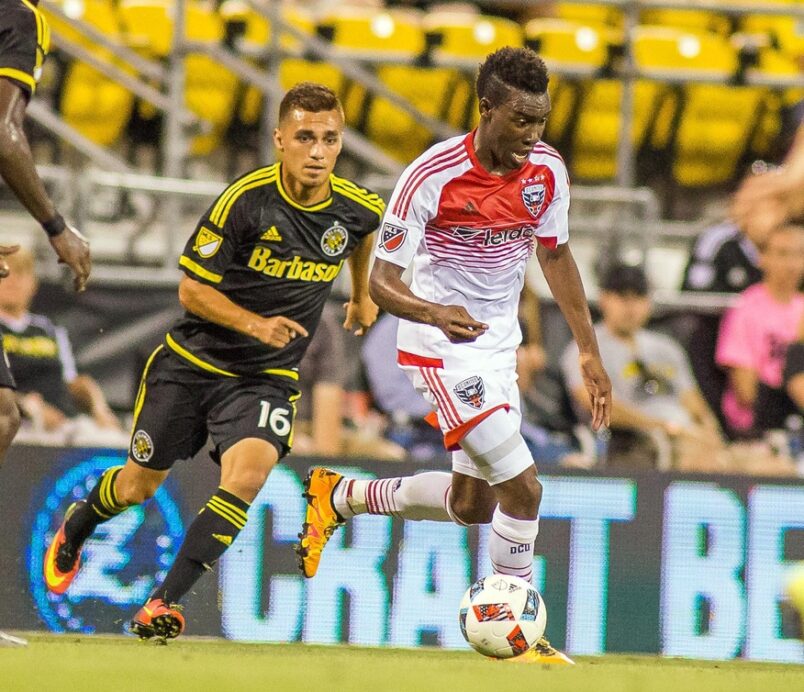 D.C. United’s first half of the 2016 MLS season hasn’t been ideal, but, all things considered, Ben Olsen’s group is in a relatively good position.

Just one point outside of the final playoff spot in the Eastern Conference, D.C. United has been active this summer in the transfer market, and it is that activity that could give them something to look forward to down the home stretch of matches.

The greatest struggles for Olsen’s group have come in the attacking third, with D.C. United posting just 18 goals in 19 games this season. Wednesday’s trade, which sent forward Fabian Espindola to the Vancouver Whitecaps, doesn’t help on the offensive front, but has given the team flexibility moving forward after freeing up a Designated Player roster spot.

The team will now have the luxury of using all three DP slots in the future.

Losing Espindola is certainly a blow to the already struggling attacking corps, after netting a team-leading four goals through the opening four-plus months of the season.

The recent acquisitions of Lloyd Sam and Patrick Mullins should provide the Black and Red with options in an attempt to spark the offense. While Sam was having one of his least influential seasons with the New York Red Bulls prior to be trading to their oldest rivals, the veteran winger will have a point to prove during the second half of the season.

It was only last season that Sam produced 10 goals and added an additional seven assists for the Red Bulls during the team’s Supporters’ Shield-winning campaign, so if the 31-year-old can find a bit of that magic, D.C. will have found a legitimate option to play in the midfield.

When it comes to Mullins, the jury is still out on the former New York City FC forward. The one aspect of the move to D.C. that bodes well for the 24-year-old is the timing of the move. It was always quite clear that playing time in the Bronx would be limited, and that’s to be expected with a player of David Villa’s quality starting on a week to week basis.

D.C. provides Mullins with a fresh start and an opportunity to make an instant impact for an offensive front that has only posted four multi-goal games in 2016. Despite the lack of playing time with NYCFC, the former 2014 first-round pick did perform well when given the chance.

In 24 appearances a season ago, Mullins netted six goals and tallied four assists during NYCFC’s inaugural season. Mullins will be given competition for a starting role with Alvaro Saborio and Luciano Acosta in the mix, however, Olsen may very well opt to shake things up as D.C. continues to try and push towards playoff contention.