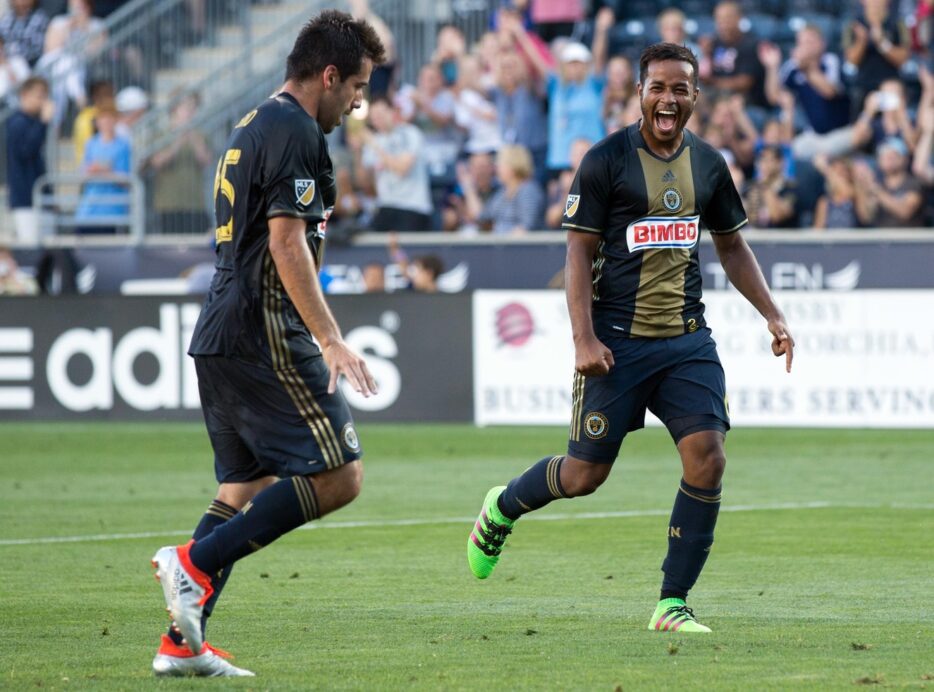 The Philadelphia Union took advantage of the dead ball opportunities presented to them by D.C. United to win an Eastern Conference clash, 3-0, on Saturday at Talen Energy Stadium.

Ilsinho netted his first two goals in a Union shirt on a penalty and off a free kick, while Roland Alberg continued his hot streak in front of the net by scoring from the spot.

The Union moved into the lead in the 20th minute on a penalty from Alberg. The goal was the sixth of the season for the Dutch midfielder who has fit in nicely since joining the Union starting lineup.

Chris Pontius earned the penalty with a burst into space on the left wing. The former D.C. United man was knocked by a recovering Kofi Opare.

Ilsinho earned the second spot kick of the night as he was tumbled into by Marcelo Sarvas in the 36th minute. The Brazilian opted to take the penalty himself and he proceeded to slot home the game’s second goal into the left side of the net.

The first clear-cut chance of the game for the visiting side came in the 42nd minute as Steve Birnbaum nodded a free kick right into the basket of Andre Blake’s hands. That would be the only shot on goal to come from the Black and Red in the opening stanza.

More of the same domination from the first half appeared early in the second frame for the home side as Ilsinho powered a thunderbolt into the left corner of the net off an Alberg free kick in the 48th minute. The free kick was set up by Sapong, whose physical play once again benefited the Union.

D.C. almost moved onto the scoreboard in the 54th minute, but Blake denied two shots in quick succession at the right post.

Sapong came close to adding a fourth in the 59th minute, but his header from close range was directed straight into the midsection of Hamid.

The Union created a few more chances in the penalty area during the closing stages of the match, but they did were unable to add to their advantage.

Blake secured the clean sheet with a leaping denial on substitute Luciano Acosta in the 84th minute. The shutout capped a marquee day for the goalkeeper who was named to the MLS All-Star Fan XI earlier on Saturday.

Ilsinho became the fourth Union player to record a brace in regular-season play this season. Pontius, Sapong and Alberg were the others to achieve the feat.

Roland Alberg’s penalty in the 20th minute got the ball rolling for the Union, who started to gain a foothold in the match a few minutes before Pontius earned the call that set up the Dutchman’s strike from the spot.

Kofi Opare only spent 65 minutes on the pitch due to his collection of two yellow cards from referee Sorin Stoica. The D.C. center back was caught out of position on countless occasions during his awful performance.