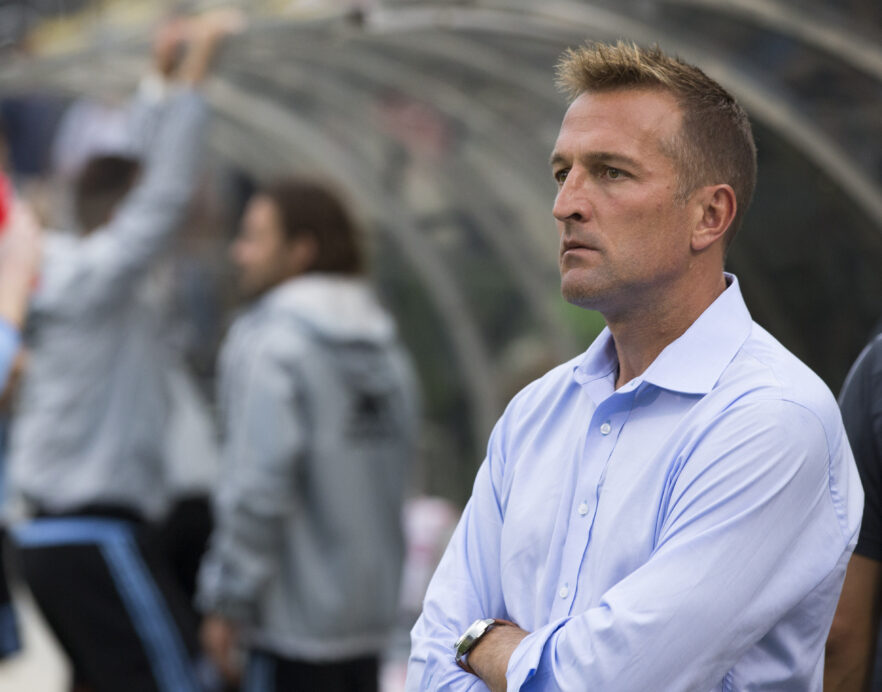 Jason Kreis landed on his feet as the head coach of Orlando City, but the MLS Cup-winning coach remains motivated to prove his former employers wrong following what he views as an unfair dismissal.

After just one season in charge of New York City, Kreis was let go following the 2015 season. It was a year filled with highs and lows, one which, ultimately, ended without a playoff appearance.

Despite all of the challenges that come with building an expansion team, as well as the absences of key players like Frank Lampard, NYCFC opted to move on without Kreis. Now just days away from his first game in charge of Orlando City, Kreis broke his silence on what he believes was an unjust dismissal.

“I think that the most honest way to say it is that I feel that we were given a job to do and we were allowed to do half of it,” Kreis told ESPN. “I thought that we had made ourselves extremely clear: that to work with an expansion team, to be starting a team from absolutely nothing, there was no team there before, there was no youth academy, there was no training facility, there was no stadium, there was literally nothing.

“To build a team and facilities and an academy and do all of these things, over a one-and-a-half year timeframe, I felt it was completely unfair and downright irrational to remove somebody from that position after one year. I felt that we were on our way to building something that could be successful for a long time, but we weren’t afforded the opportunity to finish the job.”

Kreis’ comments certainly add fuel to the fire of a rivalry between the two expansion partners, who collide on August 28 at the Citrus Bowl. However, before that match, Kreis will be tasked with turning around an Orlando City team that currently sits in seventh place, 10 points behind Patrick Vieira’s NYCFC.

At Orlando City, Kreis says he is afforded several luxuries that he has not yet had during his MLS career. Kreis pointed to the club’s local academy as a main talking point, one which proved to be one of the more important factors in his acceptance of the job. While with Real Salt Lake, Kreis had a talented academy located in Arizona, but the thought of working closely with the club’s youth was an enticing one for the veteran coach.

With stars like Kaka and Cyle Larin now playing for him, Kreis says he sees the tools to push Orlando City toward the club’s short and long-term goals. Having spent the past six months watching from afar, Kreis is ready to get back onto the field following the most trying spell of his career.

“Excited to be down here, really excited to be a part of what I think is going to be one of the best clubs in the league,” said Kreis. “I’m just super excited about everything right now.”