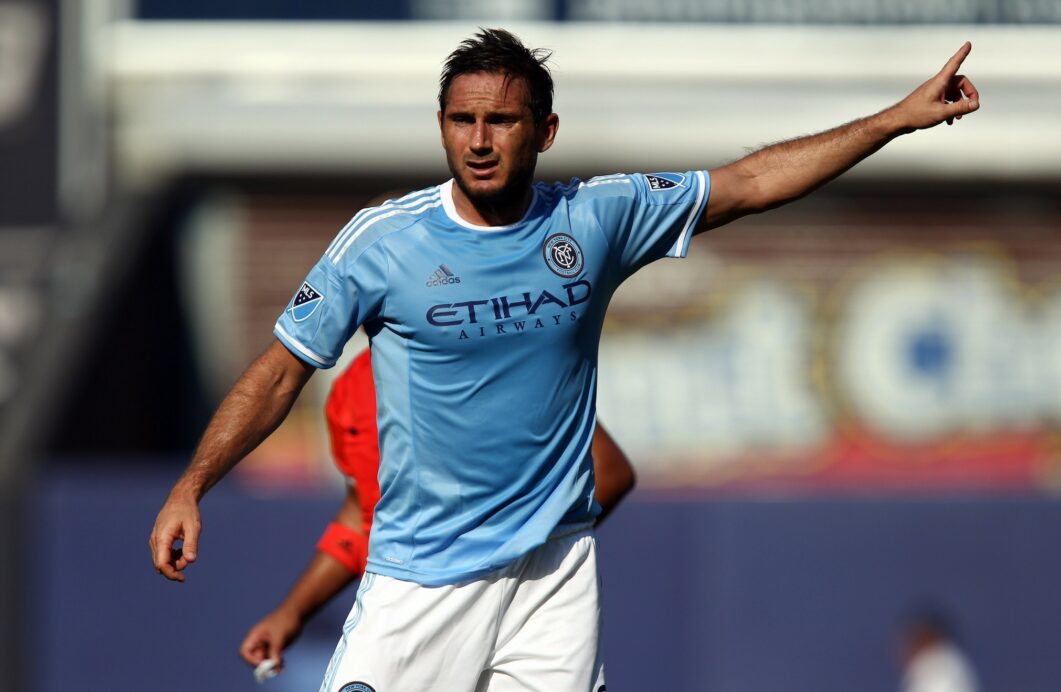 It wasn’t the prettiest goal of his career, but Frank Lampard gave Eastern Conference leaders New York City FC to its fourth straight win on Wednesday night at Gillette Stadium.

Andrea Pirlo chipped the ball in to Tommy McNamara right of goal in the 58th minute, and he sent a hard pass off Lampard’s knee and in past two defenders and goalie Bobby Shuttleworth to make the difference in a 1-0 win over the New England Revolution.

After a promising May home stand in which the struggling Revs (4-7-7) won two of three games, they couldn’t reward the large midweek crowd of 18,187 with a home result.

Meanwhile, red-hot NYCFC improved to 8-5-6 (30 points) and took a four-point lead over the second-place Philadelphia Union.

The Revolution returns to the turf back in Foxboro on Saturday night at 7:30 p.m against Columbus Crew SC, which will mark the first time Kei Kamara has faced his old club since the Crew dealt him to the Revolution back in May.

NYCFC will look to maintain its lead atop the Eastern Conference on Sunday when they travel to face Sporting Kansas City in an 8 p.m. game. NYCFC just began a summer road trip, playing only one of their next six games at Yankee Stadium.

Revolution goalie Bobby Shuttleworth received a straight red card in second half stoppage time when he came way out of his box to clip NYCFC substitute Khiry Shelton. Revs center back Jose Goncalves took over in goal for the final play of the game.

Shuttleworth (4 saves) otherwise had a decent game, including a diving save to deny NYCFC defender Ronald Matarrita on a 17th-minute shot.

Although Lampard had the winner, there was a bit of good fortune involved and NYCFC captain David Villa overall had a more active game with a match-high six shots. Villa put a pair of shots on frame in the first half and sent another off the crossbar from 25 yards out in the 22nd minute. He also had a near miss just left of goal on a breakaway in the 86th minute.

With the Revs putting just one shot on frame, there wasn’t much of a chance for NYCFC goalkeeper Josh Saunders to steal the thunder away from Lampard’s goal. Equal credit goes to Pirlo for a nicely weighted chip in to McNamara, and then to McNamara for guessing right that he could deflect a hard, short-range pass off Lampard and in.

Some of the blame must go to Shuttleworth for giving up the only goal and later getting tossed, but spread this around to the entire Revolution offense as Kei Kamara, Teal Bunbury, Diego Fagundez and Kelyn Rowe all went without a shot on target.