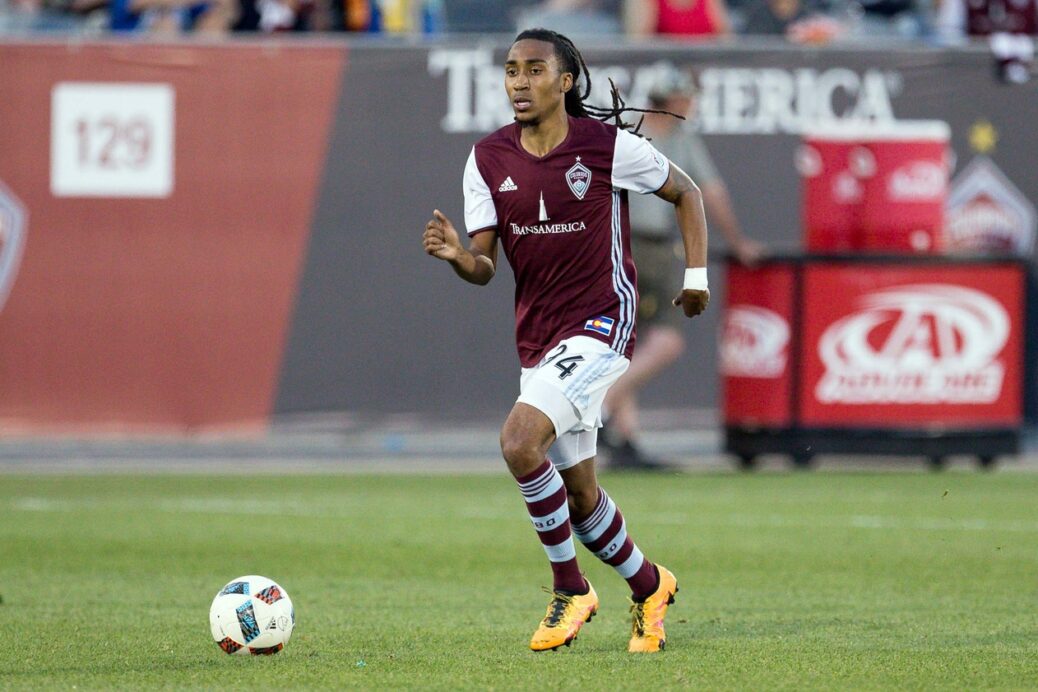 There wasn’t a ton of excitement at Dick’s Sporting Goods Park in the opening half, but the Colorado Rapids made the most of the second stanza to give Pablo Mastroeni’s side a share of the Western Conference lead.

Second-half substitute Marlon Hairston provided the Rapids with a 1-0 win over Sporting KC on Saturday night, after scoring his first goal of the 2016 season. The victory extended the Rapids’ unbeaten record at home to 10 matches (8-0-2).

The 22-year-old received the ball at the top of the box in the 78th minute, made a quick move to shake off defender Ike Opara, and then proceeded to curl a fantastic effort into the far corner to give the home side the advantage.

Hairston found another great chance soon after taking the field, when he forced a timely save out of Tim Melia in the 65th minute. Hairston, who had entered the match three minutes earlier, latched onto a through ball from Dillon Powers, but the Sporting KC keeper did well to make himself big and keep the ball out of the goal.

While neither side was able to find much of an attacking rhythm in the opening half, Sporting KC was more of an aggressor during the first stanza.

Dom Dwyer has the lone shot on target at the half hour mark, but the striker’s effort from distance was calmly caught by goalkeeper Tim Howard. Sporting KC midfielder Brad Davis had a solid chance to break the deadlock soon after, however, his effort hit the side netting from a tough angle.

The Rapids found their first quality chance after halftime when Powers narrowly missed over the cross bar. Howard’s long distribution started the play, as the Sporting KC backline scrambled to get numbers behind the ball.

Both sides will return to the field next weekend, as the Rapids host West leaders FC Dallas on Saturday and Sporting KC meets the Seattle Sounders the following afternoon.

Both sides struggled mightily to break down the opposing defense, but Marlon Hairston made a massive impact after stepping onto the field after the hour mark.

After a bad turnover in the defensive end by Ike Opara, Rapids attacker Marlon Hairston broke the hearts of his opponent with a perfectly curled shot into the top corner.

Sporting KC’s backline played well for the most of the match, but Ike Opara and co. fell asleep at the worst time possible. Opara’s turnover in the 78th minute gave Marlon Hairston his opportunity to win the match.