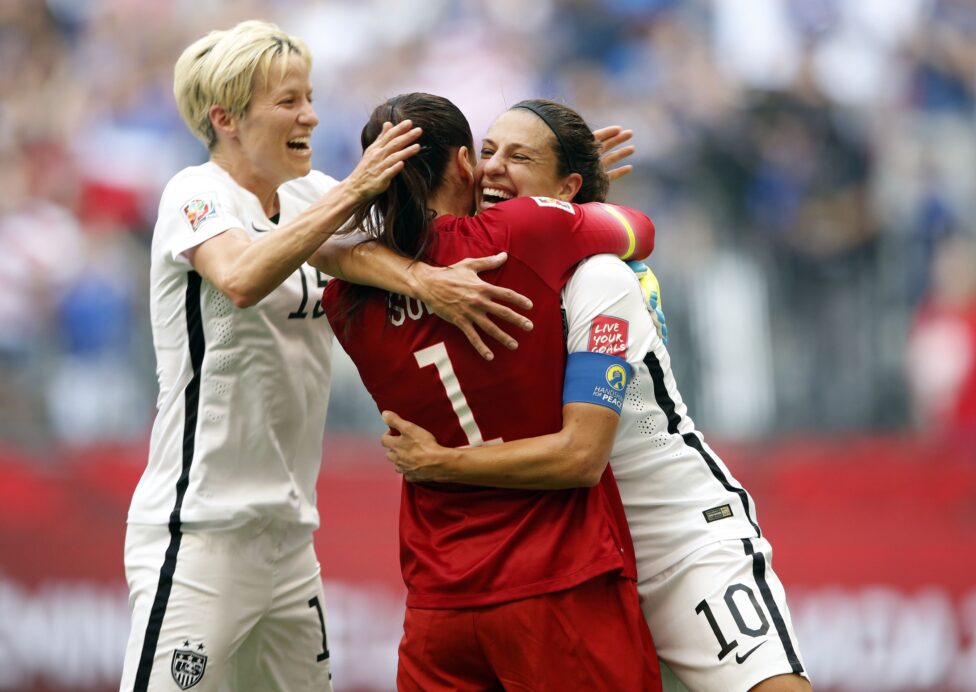 The U.S. Women’s National Team will have a full complement of stars heading into this summer’s Olympics.

Carli Lloyd, Megan Rapinoe and Mallory Pugh headline the 18-player USWNT roster ahead of the upcoming Olympic games. The roster features seven players from the 2012 gold medal team, while 14 players were members of the 2015 Women’s World Cup championship team.

“The last few camps capped a nine-month evaluation process and the players certainly made it a real challenge to narrow the roster down to 18,” said U.S. head coach Jill Ellis. “We’ve got a great blend of players with experience at the Olympic Games and in major events along with the youthful energy of some players who did not play in the Women’s World Cup last summer.

“As a coach in the Olympic Games, you want to put together a group capable of reaching the top of the podium while also being mindful of getting players prepared for the next World Cup, and I think we’ve done that.”

“We’ve got excellent balance in the squad, and with some injuries lately to some major players, it has allowed us to get experience for a few newer players which helped them in their cases to make the team,” said Ellis. “Now the task is getting our team 100% healthy and finalizing our preparations during the next camp.”

The U.S. opens Group G against New Zealand on August 3 before taking on France on August 6 and Colombia on August 9 to round out group play.

Here’s a look at the full USWNT roster: